HARLEM IN NEW YORK: WHAT TO DO AND SEE

Harlem is a Manhattan neighbourhood located north of Central Park. For a long time, Harlem was a very unfriendly area of New York, and the neighbourhood is still struggling to shake off its bad reputation. However, thanks in particular to the efforts of the city hall, Harlem has really changed considerably.

It is today an attractive district, where tourists can spend a very pleasant time.

If you want to visit New York and discover this emblematic neighbourhood of the city, its history and its landmarks, follow the guide! 😊

The history of Harlem

Originally, Harlem was a small village, founded in 1658 by Governor Peter Stuyvesant. At that time, the place was called Nieuw Haarlem, in reference to the city of Haarlem, located in the Netherlands. The name Harlem was adopted a few years later, in 1664, when the British took control of New York.

Up until the mid-19th century, Harlem remained a small country town, home to large estates and some large landowners. At that time, Harlem and New York were mainly connected by steamboats that sailed on the East River. It wasn't until 1831 that the first tram line was completed, providing a true physical connection to New York. During the second half of the 19th century, the neighbourhood went through a clear phase of decline, and the large property owners left the area. 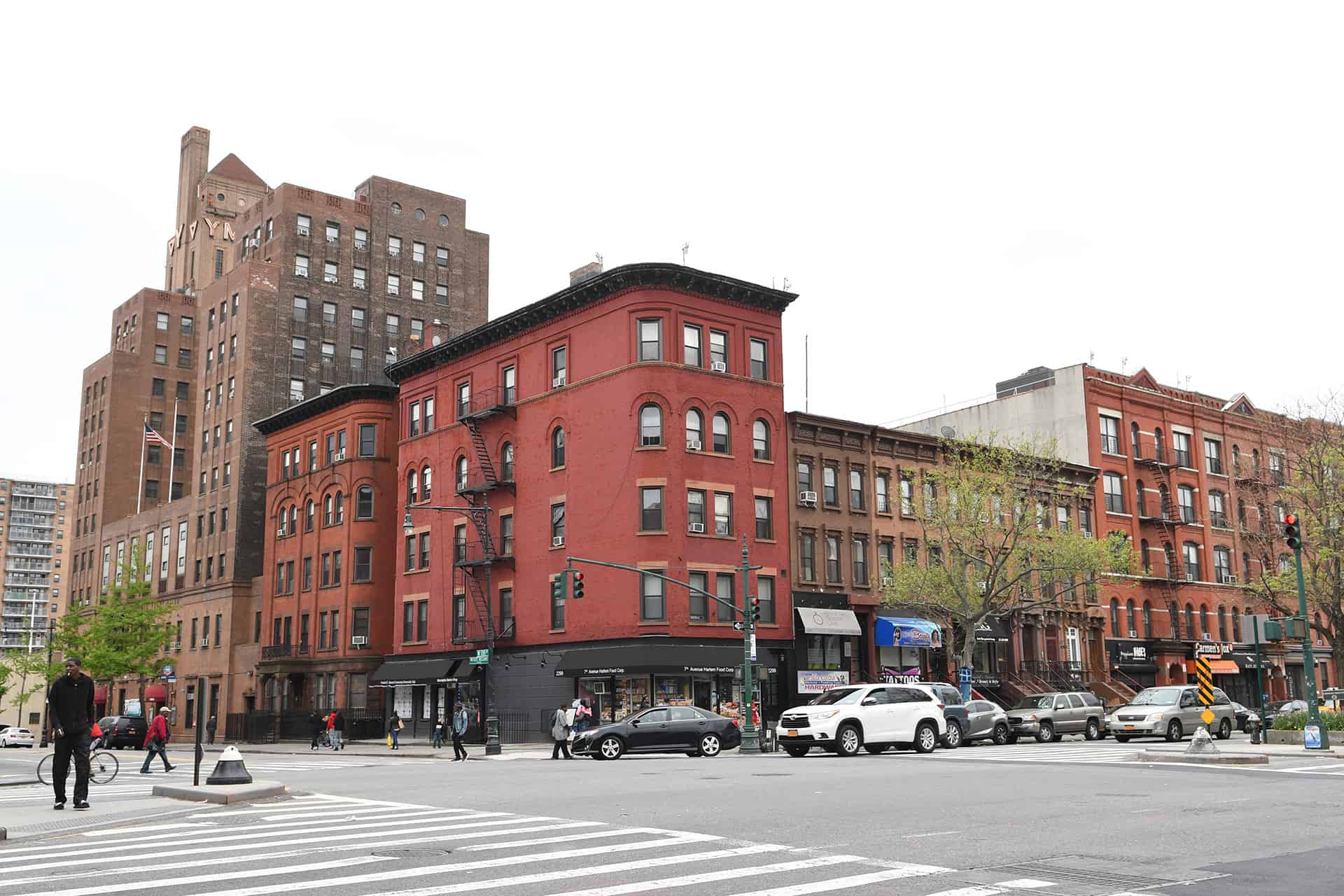 The birth of a New York neighbourhood

It is in 1873 that Harlem truly became a New York City borough. After its incorporation, the neighbourhood’s population grew rapidly, and by 1880, the arrival of the tram system further accelerated the urbanisation of the neighbourhood. By the end of the 19th century, real estate developers predicted that Harlem would become a very upscale part of New York City, and many middle-class homes were built. Over the years, Harlem grew to include cultural venues such as the Harlem Opera House, and green spaces such as the gardens of Riverbank State Park.

A middle-class neighbourhood turned into a ghetto

In the 1890s, the abundance of property available on the real estate market and delays in the arrival of the subway in Harlem caused a sharp decline in prices. As a result, many people from much lower social classes, including Italian and Irish migrants, were able to move to Harlem. The neighbourhood, which a few years earlier had been a middle-class place, quickly became one of the poorest neighbourhoods in New York.

At the beginning of the 20th century, the discrimination present in the South of the United States pushed many African-American families to move to the Northeast. The real estate crash of 1904 and the still very present climate of racism pushed African-Americans to regroup in Harlem. In the decades that followed, Harlem truly became the cradle of 20th century African-American culture.

In the 1970s, many residents left Harlem to escape poverty, and only the poorest and least educated people had no choice but to stay. Totally abandoned, many areas of Harlem became slums, and the neighbourhood’s crime rates skyrocketed.

To discover Harlem and its rich history, you can take a tour of the neighbourhood with a local guide. He will take you to discover the architectural, musical and artistic treasures of this unmissable district of New York! Depending on the time of year (summer or winter), the walking tour lasts about 2-3 hours. Having a guide with you will help you fully understand the history of this world-famous neighbourhood and enjoy it to the fullest, thanks to his very good knowledge of the area (& the recommendations he will be able to make)😊

TO LEARN MORE ABOUT THE HARLEM TOUR, CLICK HERE

The renaissance of Harlem

From 1970 to 1990, Harlem was home to an extremely poor population. Nearly 2 out of 3 households had an income of less than $10,000 a year, and the area had one of the highest crime rates in the United States. Many buildings were abandoned and boarded up, garbage littered the streets, and the neighbourhood rightly suffered from a dismal image.

Starting in the 1980s, major renovation projects were launched to bring the wealthier classes back to Manhattan. For Harlem, the change has been amplified since the 2000s. Central Harlem and East Harlem have been completely renovated, and ethnic diversity has greatly increased. In 2001, Bill Clinton, the former president of the United States, even chose to set up his office on 125th Street.

Today, Harlem is as safe as the rest of the country, with a lower crime rate than other cities such as Chicago or Detroit. For a few years now, Harlem seems to be experiencing a new golden age. New real estate projects, often luxurious, are regularly launched, rents are exploding and the district is even on the verge of becoming a truly bourgeois sector of New York.

Shops are blooming again in the streets, and big brands like H&M, Banana Republic or Starbucks don't hesitate to settle in this area anymore. The neighbourhood has even become a very popular tourist spot.

In this emblematic and so culturally rich district of New York, many places can be visited, in particular to discover the history of gospel and jazz. 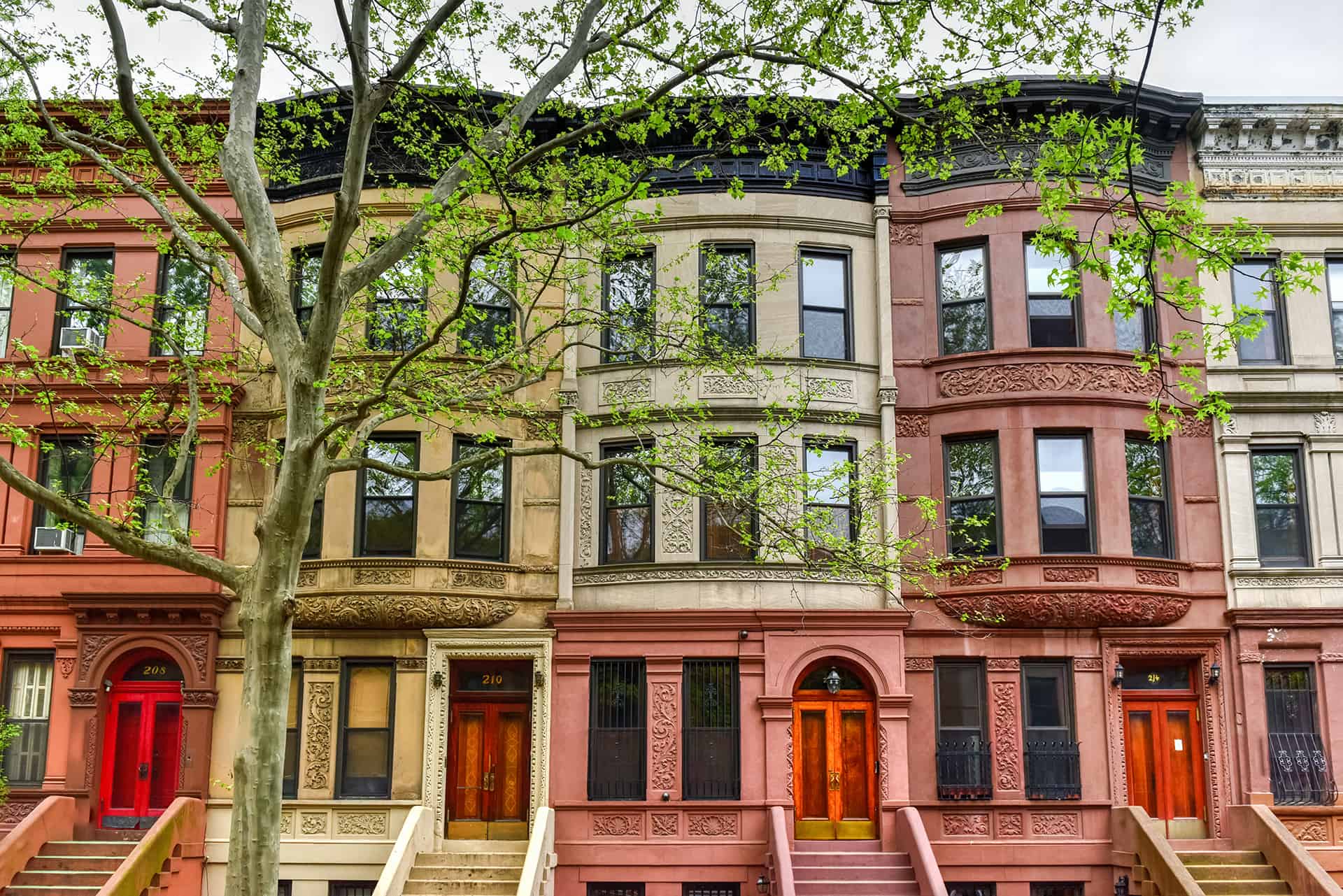 Harlem is known throughout the world for being an important place of Afro-American culture. It is also a district which benefits from a very significant historical heritage. Numerous churches and religious buildings contribute to making Harlem a unique neighbourhood. In total, more than 700 buildings in the neighbourhood are classified as historical and architectural heritage.

The great diversity of architectural styles, and the various sites that have marked the history of New York have made this neighbourhood an important tourist spot in Manhattan. Some of Harlem's major heritage sites have been renovated to welcome tourists. This is notably the case of the illustrious Apollo Theater, which welcomes nearly one and a half million visitors each year. Harlem is now even an integral part of the tour bus route, and every Sunday morning, many visitors flock to the neighbourhood to attend a gospel service in Harlem.

Harlem's main street, 125th Street, has become a major thoroughfare in Manhattan, just as busy as other major streets in New York. In this avenue, it is the whole history of Harlem that you will be able to discover. It is on this street in particular that you will find the Apollo Theatre, the Studio Museum, and many artists who practice Street Art.

If you're visiting the Harlem area on a Sunday, I can't recommend attending a gospel mass enough. The atmosphere and experience will be unique and you'll have a memorable experience!

This is the place to attend this kind of event, and you will be overwhelmed by the positive energy that comes from it 🙂

After this, you can say that you have discovered the Harlem neighbourhood and participated in a "local mass"!

PARTICIPATE IN A GOSPEL SERVICE IN HARLEM BY CLICKING HERE 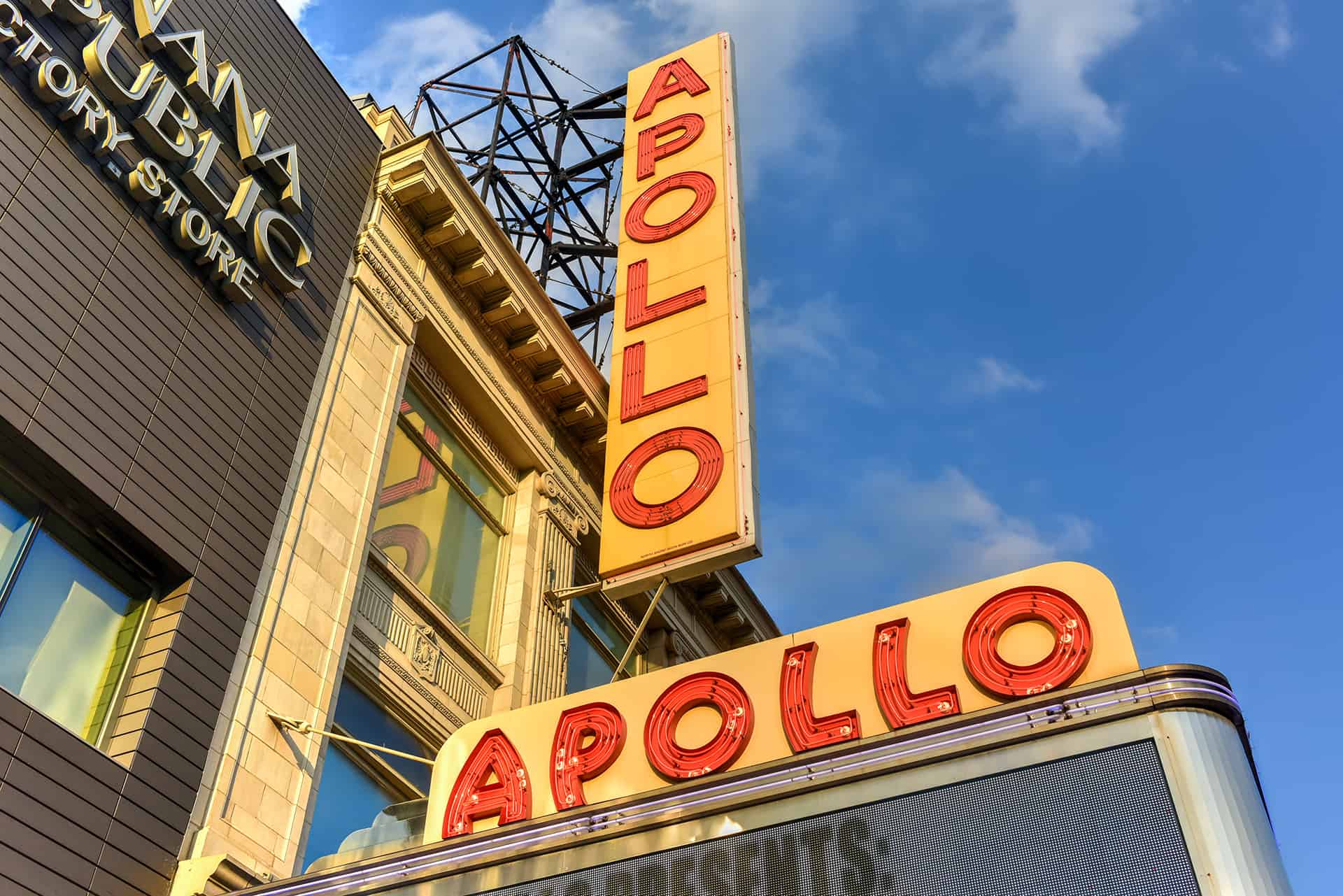 Located at 253 W on 125th Street, this famous venue is a historical place for jazz and black American music in general. Since the late 1990s, the venue has managed to regain much of its former prestige, especially with the organisation of events like It's Showtime at the Apollo, where young talents are invited to perform.

Another mythical place of this district, this jazz club in New York created in 1920, and where famous artists like Duke Ellington and Louis Armstrong gave representations, is still in activity today on 125th street. You can listen to jazz and gospel music while having lunch or dinner, and you can even dance salsa and Latin jazz if you feel like it. 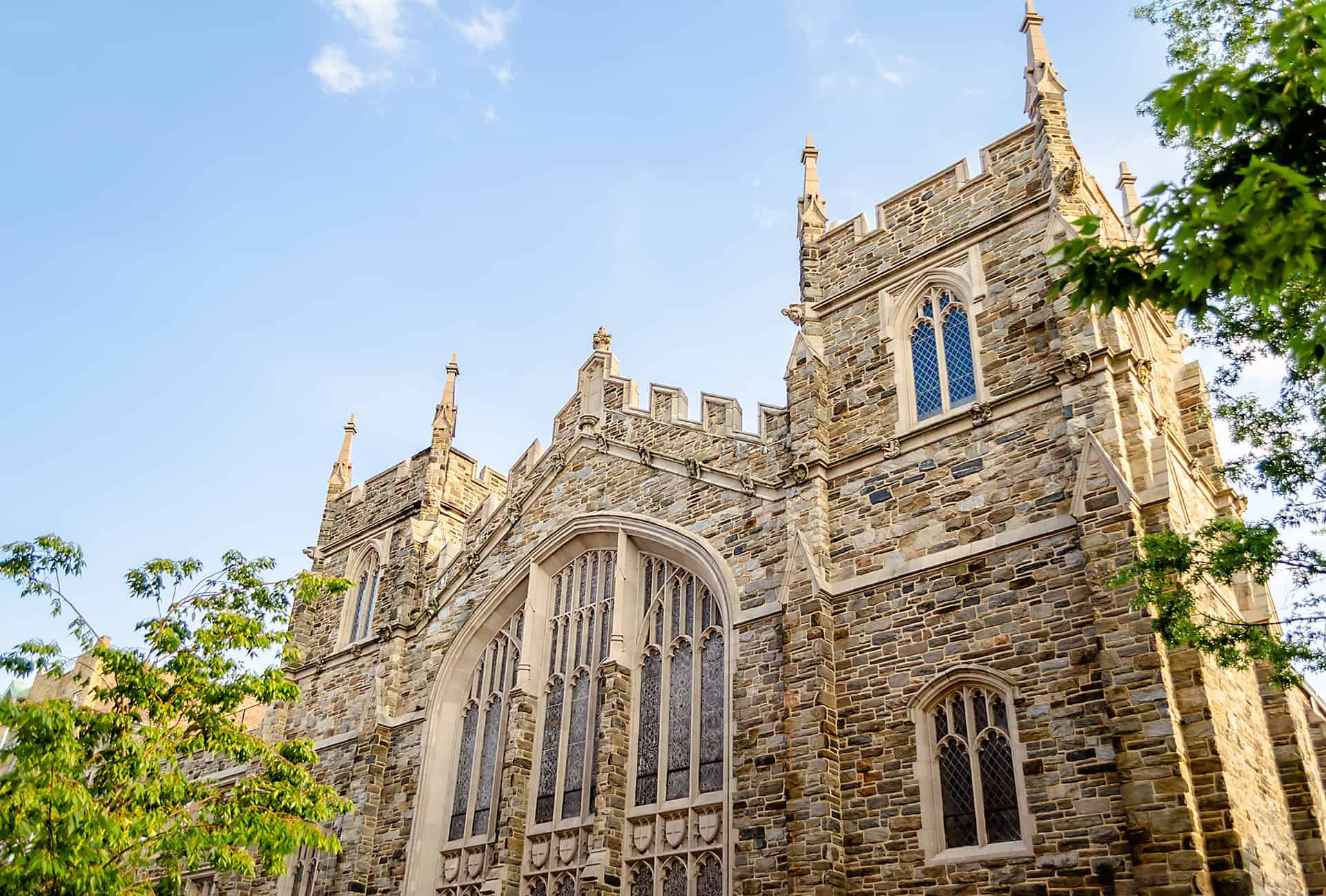 For jazz fans, this museum on 126th Street is a must-see when visiting Harlem. The Jazz Museum has a large collection of books, photos, documents and, of course, recordings on this musical genre that was first introduced in this neighbourhood. Temporary exhibitions are organised to pay tribute to certain artists, and concerts are also held regularly during the week.

On 125th Street, this fine arts museum, founded in 1968, is now considered the very heart of the neighbourhood. The collections on display pay tribute to 19th and 20th century African-American art in all its forms. Many works by African and Caribbean artists are also on display.

This series of three rows of terraced houses built between 1891 and 1893 is now recognized as one of the masterpieces of New York architecture. These houses on 138th Street were built back to back, sharing a common courtyard. Their nickname comes from the fact that these houses attracted "hard workers". Henry Pace, a historic figure in the neighbourhood and founder of Black Swan Records, lived in one of these houses.

Where to eat in Harlem?

While in Harlem, you can try Soul Food, the traditional African-American cuisine. Sylvia’s Restaurant, on 126th Street, is one of the best places in New York to try this food. You can try cornbread, spicy ribs or fried chicken 😋

The Red Rooster belongs to the famous chef Marcus Samuelsson. On Lennox Avenue, this restaurant has become one of the most popular addresses in Harlem. You can taste Comfort Food, an American-inspired comforting food.

You can even find a Michelin starred restaurant in the streets of Harlem. Sushi Inoue offers many Japanese specialties, and you can even choose to sit at the bar to watch the chef work and admire his dexterity

Where is Harlem located? 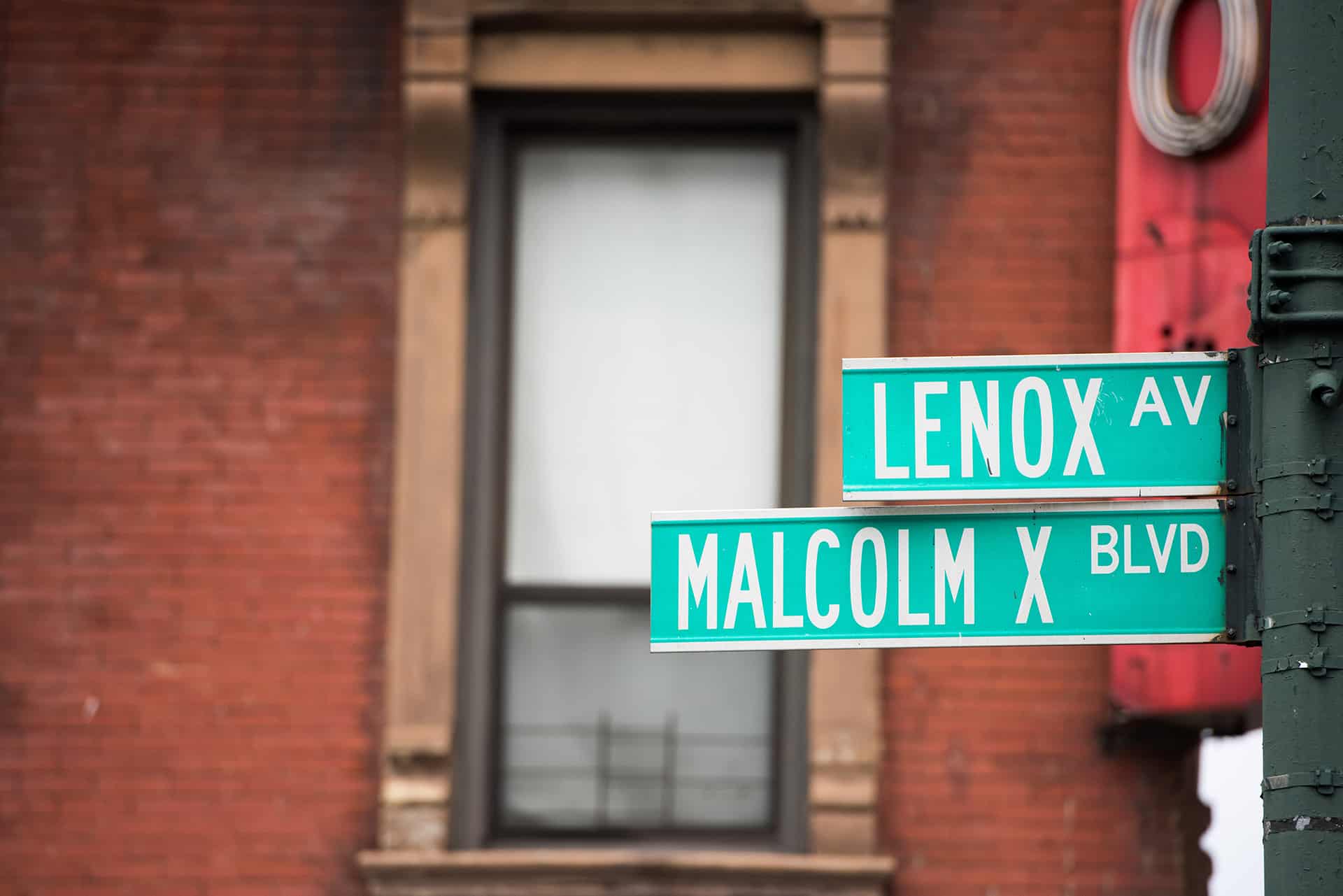 Harlem is a neighbourhood located north of Central Park, between 96th and 155th Street. The Harlem River separates it from the Bronx.

The neighbourhood is divided into 3 distinct sectors:

And that’s it for this article about the Harlem neighbourhood. I hope you enjoyed it! 😊