Home > Before leaving > Electrical sockets in the United States

WHICH POWER ADAPTER TO USE IN THE USA?

Article written by Amélie on 6 June 2022
Category : Before leaving

Are you planning a trip to New York or somewhere else in the United States soon? There is an important point to take into account and that some travellers tend to forget:  the electrical plugs in the United States are not the same as in France. In fact, over there the electric current is 110 volts and 60 hertz, whereas in the UK it is 230 volts and 50 hertz. What’s more, even the shape of the plugs differs! To be able to plug in your appliances and charge your laptop or smartphone for example, you will need an electrical adapter and sometimes even a transformer or an electrical converter.

THE TWO TYPES OF ELECTRICAL OUTLETS IN THE UNITED STATES 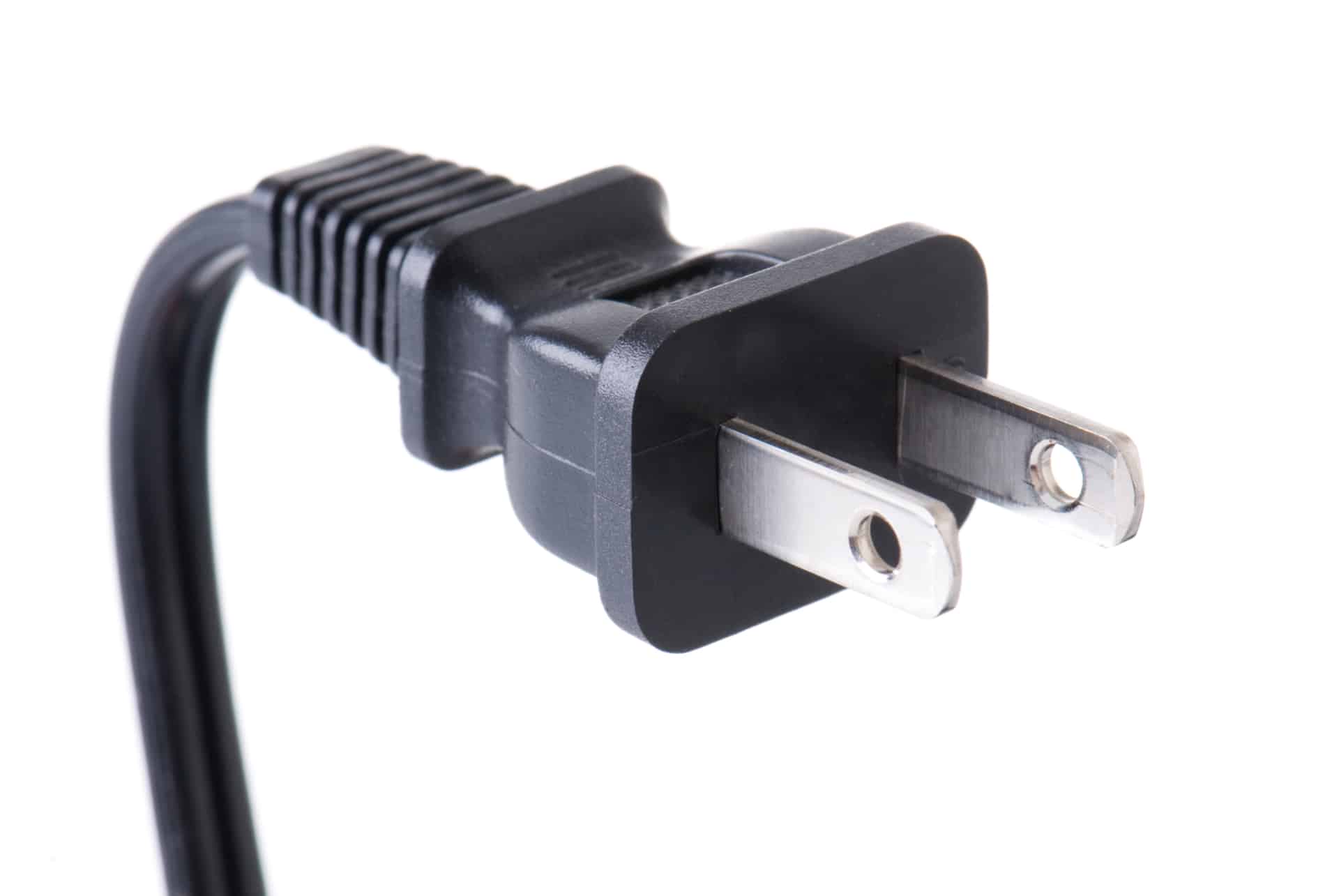 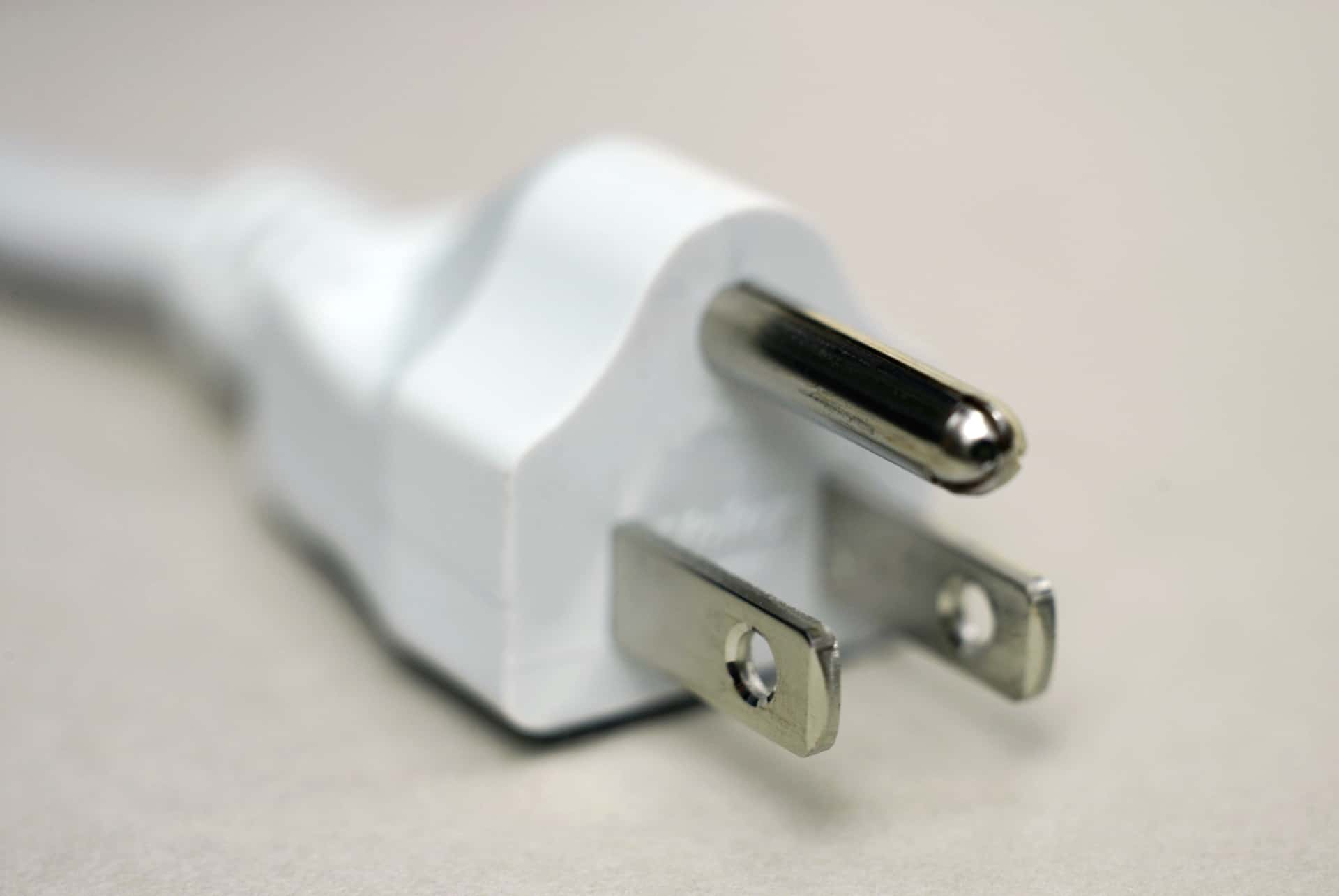 In the UK, a plug of type G is used for the appliances we use daily at home, while there’s two types of plugs in the rest of Europe: the ungrounded plug (Type C), with just two round plugs, and the grounded plug (Type E), which also has a hole for the grounding plug that’s on the side of the wall socket or power strip.

In the US, there are also two types of plugs: an earthed one and an unearthed one. These are called Type A and Type B.

Type A sockets consist of two parallel flat plugs of different shapes. Type B sockets have an additional round plug, which is used for earthing.

It should be noted that in Canada and Central America (Mexico, Colombia, Panama, etc.), electrical installations also operate at 110 volts and 60 hertz. The standard is therefore the same as in the United States, and so are the sockets. An American appliance (or an adapter that works on US plugs) will therefore work everywhere in North and Central America.

HOW TO CHOOSE AN ELECTRICAL ADAPTER FOR TRAVEL TO THE USA?

You will need an electrical adapter to use your home appliances in the United States, and in some cases you will even need a transformer, which can also convert the voltage and frequency.
To check that an electrical appliance will work with a simple adaptor, just look at it (it should be indicated on a label or directly on the plug), and check whether it will work in 110V and 50 Hz. The operating range is always indicated, for example "100V-240V" or "110V-220V", and "50/60 Hz" – these values mean that the appliance is compatible with the American standard. 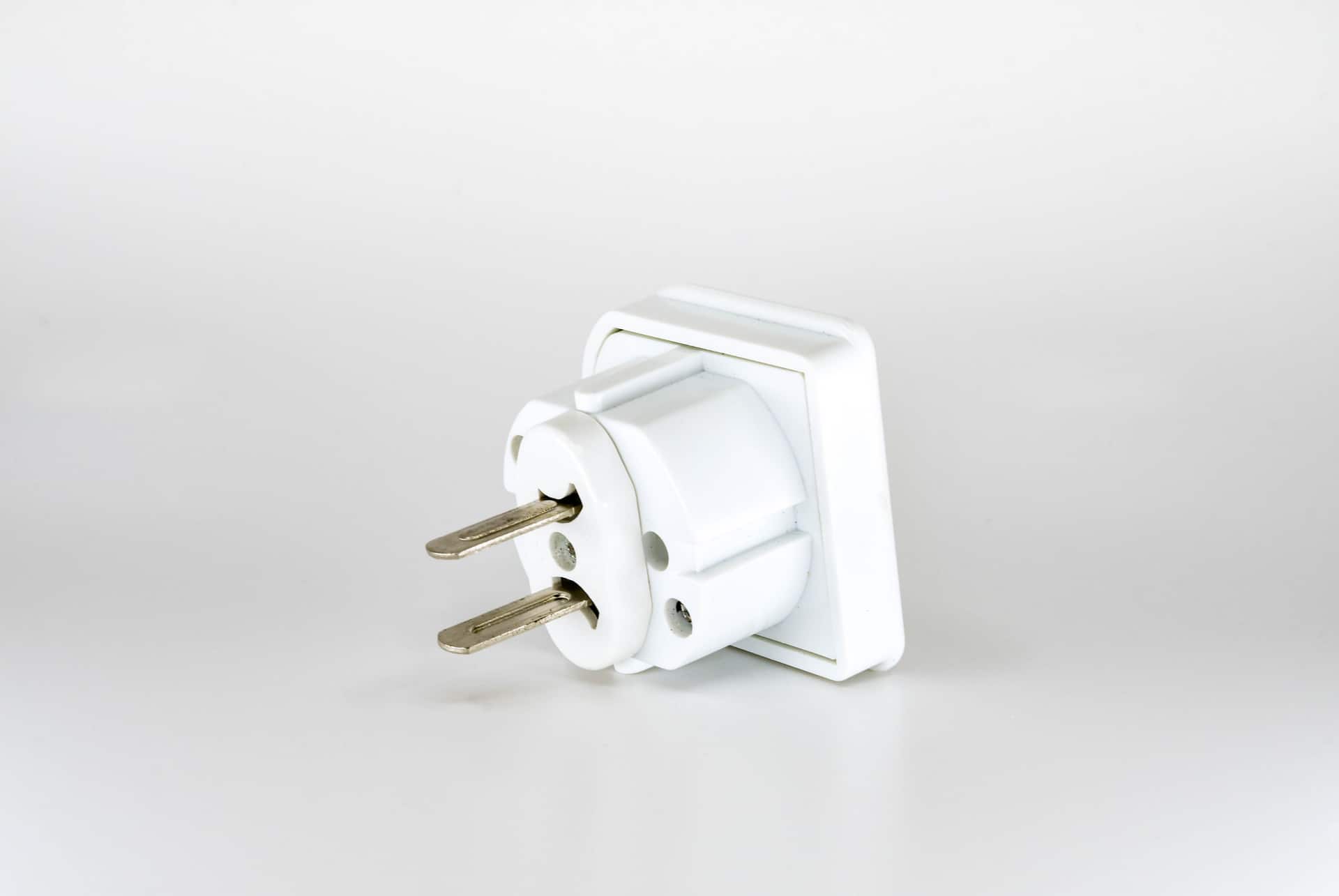 However, as you will see from their labels, some of the more power-hungry appliances or those that do not match the corresponding voltage connection (such as electric shavers, some electric toothbrushes – those that do not charge via USB, mainly – and all hairdryers), will only be compatible with 220V or 230V installations. To use them, you will need a transformer

Transformers often look like power strips. They take care of the voltage conversion and usually come with several power adapters so as to work in many countries.

They are only necessary for specific needs: if you don't have that kind of picky appliance, you most likely won't need to bring your own transformer to New York.

Fortunately for you, a simple adapter will suffice for most commonly used devices, such as smartphones, laptops or camera battery chargers. These devices are increasingly versatile these days, and therefore less picky about their accepted voltage.

Where can you buy a power adapter for the USA? 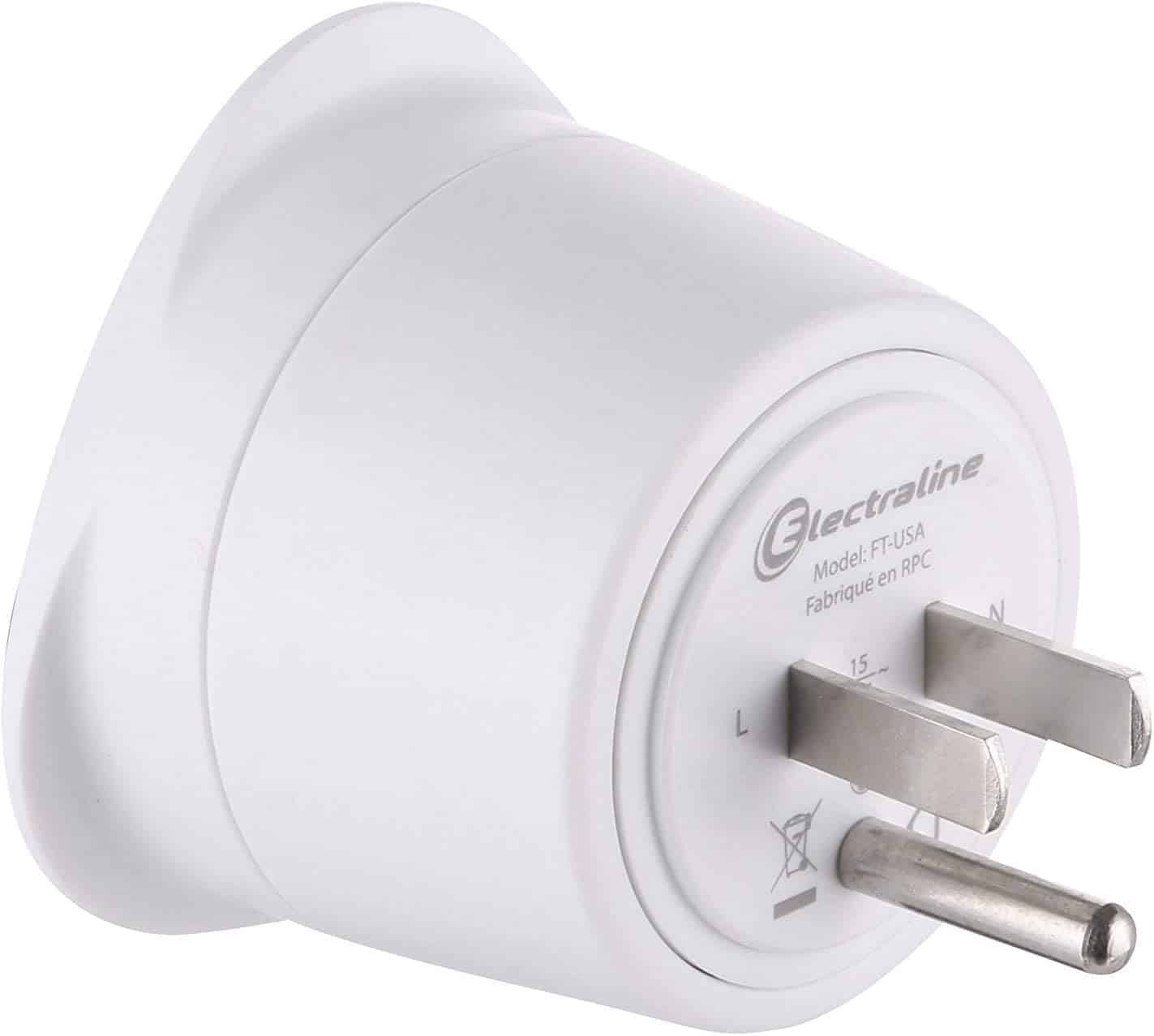 Some hotels in the US have universal sockets, but not all of them. Thankfully, adapters are readily available locally, whether at the airport or in many shops. You will always find them cheaper online though, so it's worth ordering one before your trip.

You can find a wide range of adapters and transformers on Amazon. To charge your devices, a very simple model like this one will do the trick.

TO FIND OUT MORE ABOUT THIS MODEL, CLICK HERE

If you are travelling around the world, the best thing to do is probably to buy a universal power adapter, which will of course work in the US, but also with the different plug and socket types of many other countries:

Note that universal adapters also work with our Type G sockets. These sockets are also used outside of the UK, such as in Malta, Singapore, Dubai and other countries of the Arabian Peninsula.

There are many universal adapters on the market, and they offer more or less extensive compatibility depending on the model.

WHERE TO BUY AN ELECTRICAL TRANSFORMER FOR THE USA?

If you need to connect appliances that are only compatible with 220V-230V, you will need a transformer – though as I said before, these cases are rare. But if you happen to need one, know that it is important to choose a product that can handle sufficient power. The power accepted by the device will be indicated on the transformer’s socket, or on a label stuck to the device, and is expressed in Watts.