Wall Streett is a business district in Manhattan, known worldwide as the home of the world's largest stock exchange. Since 1989, a large bronze statue of a bull has stood in front of the entrance to Wall Street. Today the Wall Street Bull, which is located in Bowling Green Park, has become the true emblem of the neighborhood, and one of New York's must-see tourist attractions.

If you don't know yet what to do in New York, a visit to the Wall Street Bull is a must for a first visit 😊

THE WALL STREET BULL: SYMBOL OF THE FINANCIAL DISTRICT 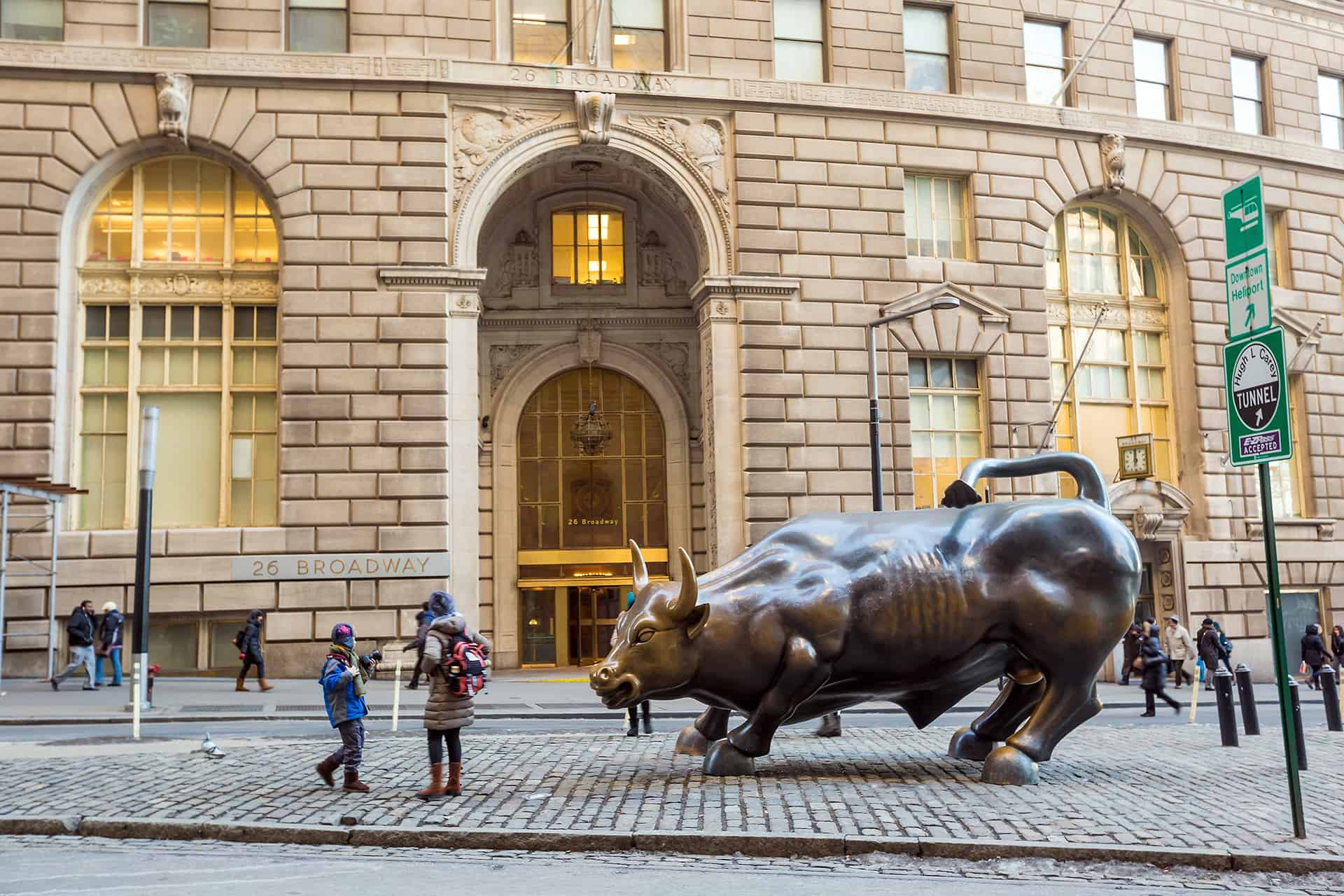 This impressive Bronze statue was made by Arturo Di Modca, an Italian-American artist, who died in early 2021 at the age of 80. It was after the 1987 stock market crash that Di Modica had the idea for this sculpture, which was to represent the strength of the people.

The artist had to spend $360,000 (about £270,000) out of his own pocket to complete the work. The statue was originally installed without permission, right in front of the New York Stock Exchange on December 15, 1989, under a Christmas tree. The sculpture was quickly seized, but due to the popularity of the artwork, after a few weeks, the city finally agreed to keep it in its current location in Bowling Green Park.

The real name of the Wall Street Bull sculpture is Charging Bull, which perfectly matches the attitude of the animal, which adopts a very aggressive pause and expression, with its head lowered.

The animal's foremost paw is pointed directly at Wall Street, symbolizing the movement of the stock market. The adjective "bullish ", which defines a positive and optimistic attitude (in relation to the bull's charge, which always goes from bottom to top), is also used specifically to refer to the financial market. A "Bullish Market"  is a growing market -- the opposite of a "Bear market", which is a down market..

The Wall Street Bull weighs over 3 tons, is 4.9 metres long and 3.4 metres high. It is one of the most photographed monuments in New York.

WHEN AND HOW TO SEE THE STATUE? 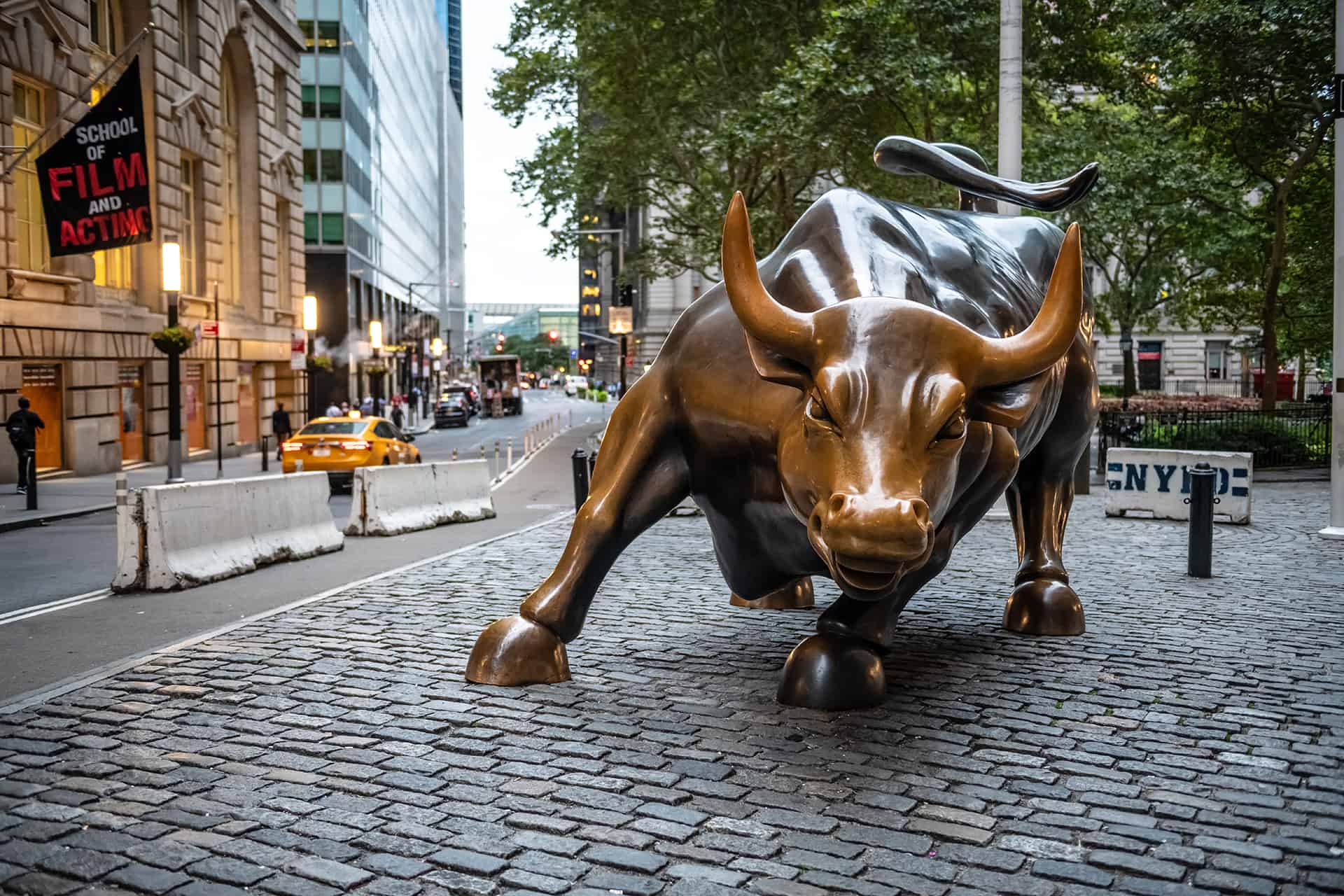 The reasons given for this move were that this monument that has become so emblematic would have more space in a place where cars cannot circulate. The sculpture was therefore to be moved to the pedestrian part of Broad Street.

In June 2020, the committee in charge of installing art in New York finally voted unanimously to keep the Charging Bull in its place.

So the statue is still in the Bowling Green, a small public garden in Lower Manhattan, which is just south of Broadway. You can get there by taking the New York underground south on lines 4 and 5.

If you want to discover this statue as peacefully as possible, I recommend going early in the morning, to avoid the crowd. You'll also be able to touch the impressive bronze balls of the bull, which are believed to bring good luck.