Since May 2014, the National September 11 Museu has been located on the same site where the towers that collapsed during the September 11 attacks were situated. In this post, I propose an overview of what you can discover there, and everything you need to know to organise your visit to the September 11 Museum during your stay in New York. 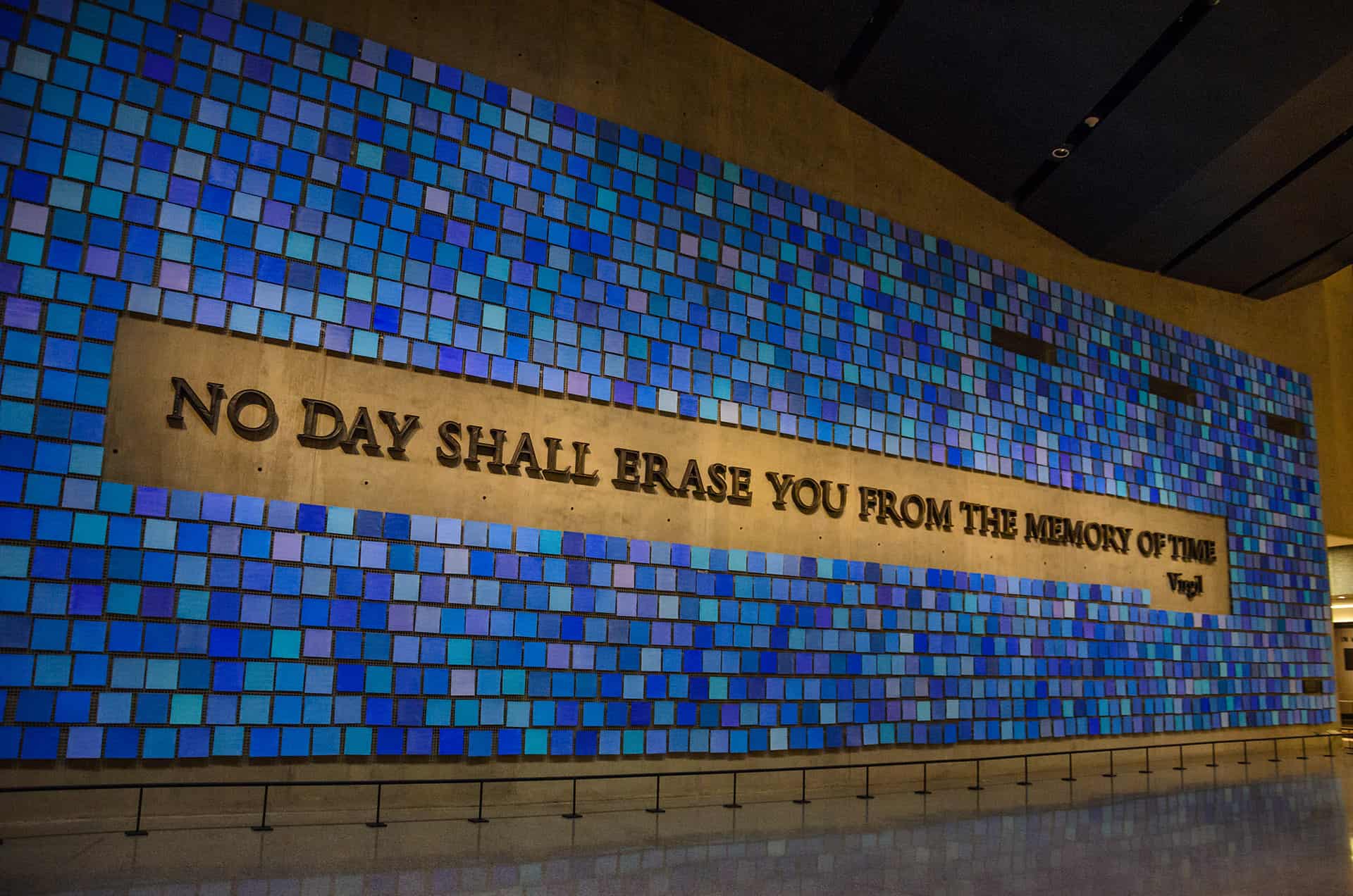 The 9/11 Museum was created to honour the memory of the victims of the attacks on the World Trade Center on 11 September 2001 and 26 February 1993. It was inaugurated in 2014 by Barack Obama.

At first glance, this museum might seem small upon seeing the building, but that's actually because the museum's galleries are in the basement. From the outside, through the large windows, you can already see two large steel beams – they are actually columns that were part of the façade of one of the twin towers.

After entering the museum, you will have to take an escalator and go down before you can really start the visit. Following this descent, you will arrive directly in the museum’s hall.

Tours can begin up to 2 hours before the doors close.

As the 9/11 Memorial and Museum attracts a lot of visitors, I recommend that you visit the earlier possible – as soon as it opens.

Ticket prices for the 9/11 Memorial and Museum tour:

A visit to the 9/11 Memorial and Museum is also included in the New York CityPass. If you plan to visit several iconic sites during your trip to New York, this City Pass may be of interest to you, as it allows you to visit 6 of the city's biggest attractions, saving both time and money. Of the 6 activities, 3 will be considered "mandatory": the visits to the Empire State Building, Metropolitan Museum of Art and American Museum of Natural History.

You won't be able to change them, but they are the city's tourist icons – you have to discover them anyway!

For the other 3, that's what I really like about this pass: you will have the possibility to make choices according to your desires 🙂

In particular, you can choose between:

What could be better than being able to choose your activities according to your own preferences? 🙂 If you travel with a group, you could even make different choices and split up the time to explore all the attractions!

TO FIND OUT MORE ABOUT NEW YORK CITYPASS, CLICK HERE 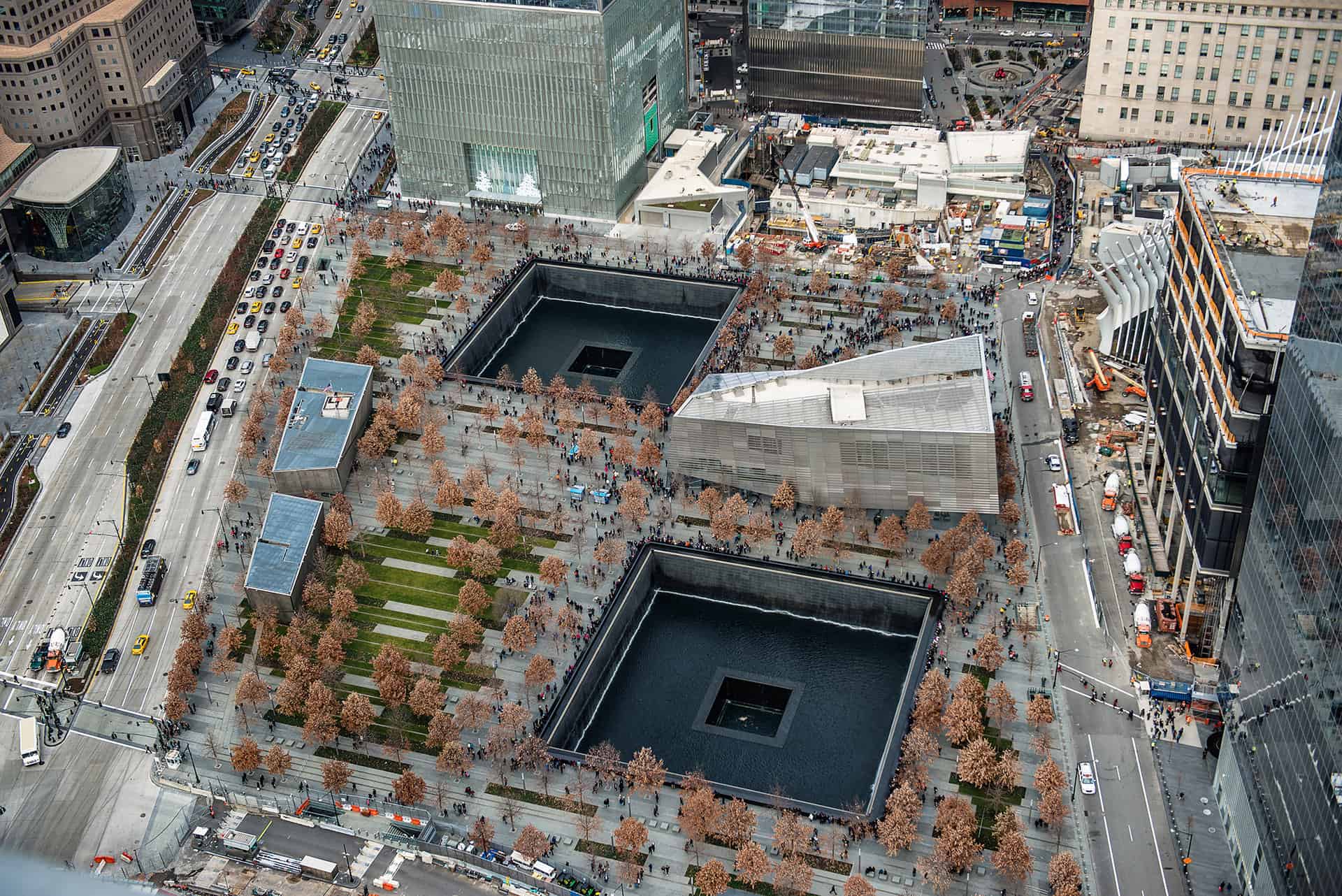 The museum has a collection of more than 10,000 objects, including items found in the rubble, photos, videos, testimonies of survivors and works of art created as a tribute to the victims.

Two documentary films of about 15 minutes are also shown in the museum. Facing Crisis features testimonies from leaders who dealt with the 9/11 crisis, and Rebirth at Ground Zero highlights the clean-up of the disaster area and the preparation for the construction of One World Trade Center.

I suggest allowing at least two hours to the 9/11 Museum visit – but you could easily spend half a day discovering it in a more complete way.

The Historical Exhibition is the main exhibition of the 9/11 Museum. In this large exhibition gallery, you can relive in detail the entire course of that tragic day. It starts in a small room where period elements show that on the morning of 11 September 2001, there was really no indication of what was to come.

Then, excerpts from television news, radio programmes and newspaper cuttings show the first announcements of the plane crashing into one of the twin towers, and the events of the whole day are recounted in chronological order.

The visit is quite harrowing. There are many documents that document the events, such as the last messages that the passengers of the planes sent to their families, the organisation of the rescue efforts, and the collapse of the towers. 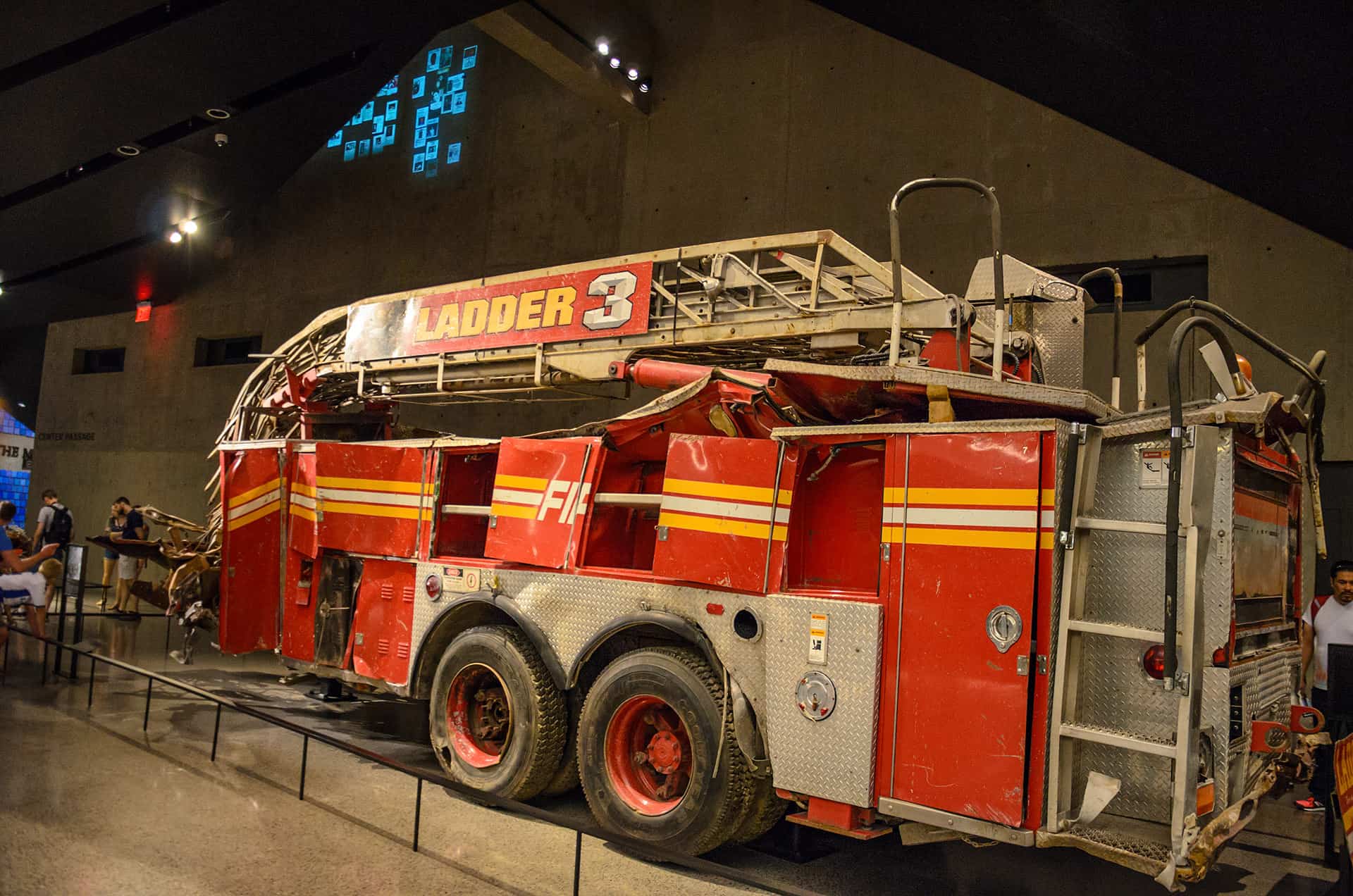 In a small separate room, behind a door that warns visitors that shocking images are on display, it is possible to discover blood-curdling accounts and photos of the victims who had no choice but to throw themselves into the void to escape the flames and smoke.

The exhibition goes further than simply recounting the day of 11 September – it also tells the story of how the emergence of Islamic terrorism eventually led to this tragic event. Amazingly, and quite remarkably, no facts are hidden. In particular, the museum tells how the CIA financed and armed the jihadists in Afghanistan in 1979, to help them defend themselves against the Russians.

Other attacks claimed by Al Qaeda are also mentioned, such as the 1998 attack on the US embassy in Kenya.

As mentioned above, the museum is greatly visited throughout the year due to its high profile and global historical impact. Many tourists want to know more about this tragedy and want to go "in situ" to pay their respects. I therefore invite you to take your seats as soon as possible so that you do not have any unpleasant surprises during your stay. It would be a real shame if the maximum capacity of visitors was reached and you could not enter. 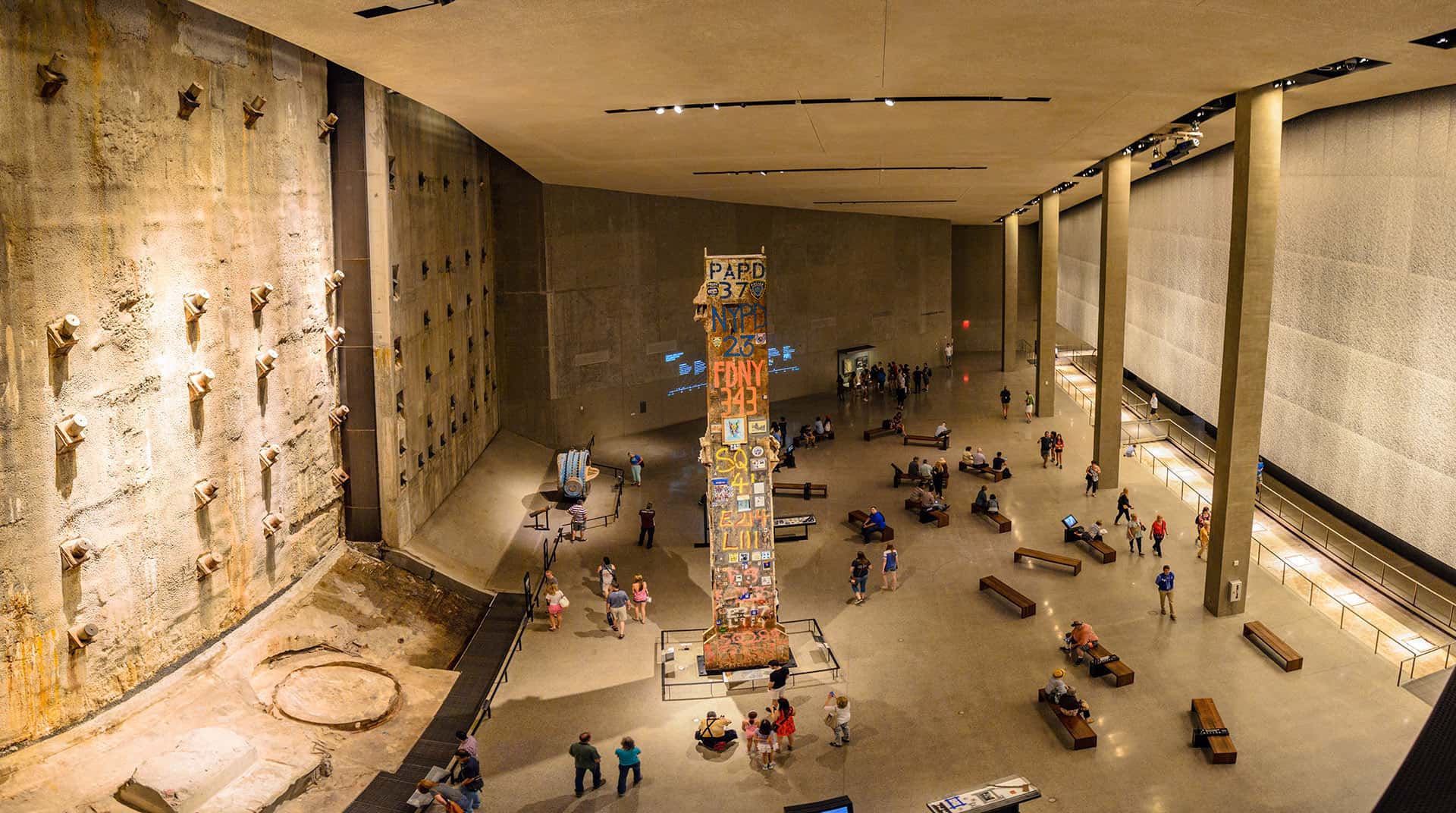 The Foundation Hall is located to the left of the staircase leading to the lower floor. To reach it, you will pass through a gallery where objects excavated from the rubble are now displayed. In this large hall, which represents the foundations of the twin towers of the World Trade Center, you will discover a large beam entirely covered with inscriptions made by the firemen and workers who cleared Ground Zero.

The other major exhibition at the 9/11 Museum is the Memorial Exhibition, which pays tribute to all the victims of the attacks. All over the walls of this gallery you can see photos of all the people who lost their lives in the attacks, both those who were in the towers or in the planes that hit them, and those who were in the other planes that were hijacked on 11 September.

In addition to these photos, many personal objects that belonged to the victims are displayed in this memorial.

The 9/11 Museum is located in lower Manhattan.
To get there, you can take the New York City underground:

And here we are, you've reached the end of this article on the September 11 Memorial Museum! I hope you found it useful and that you will consider paying the museum a visit.

If you do or if you already have, how did it go? Don't hesitate to share your experience with us! 😊