All the information on the Washington Heights neighbourhood

Washington Heights is a neighbourhood located in northern Manhattan, New York. This area, often overlooked by tourists, is largely residential – but it could still hold some nice surprises for you during your stay, especially if you don't know what to do in New York yet!

The history of The Heights

Today, most New Yorkers simply refer to this neighbourhood as "The Heights", without mentioning Washington, though it is in the place’s full name, which is literally Washington Heights. During the Revolutionary War, this was where Fort Washington stood – it was conquered after the terrible Battle of Long Island in 1776.

Much later in the early 20th century, many Irish immigrants settled in this area, as did many Jews fleeing the Nazi regime from 1930 onwards. In the following decades, many Greeks and Dominicans also came to live here. 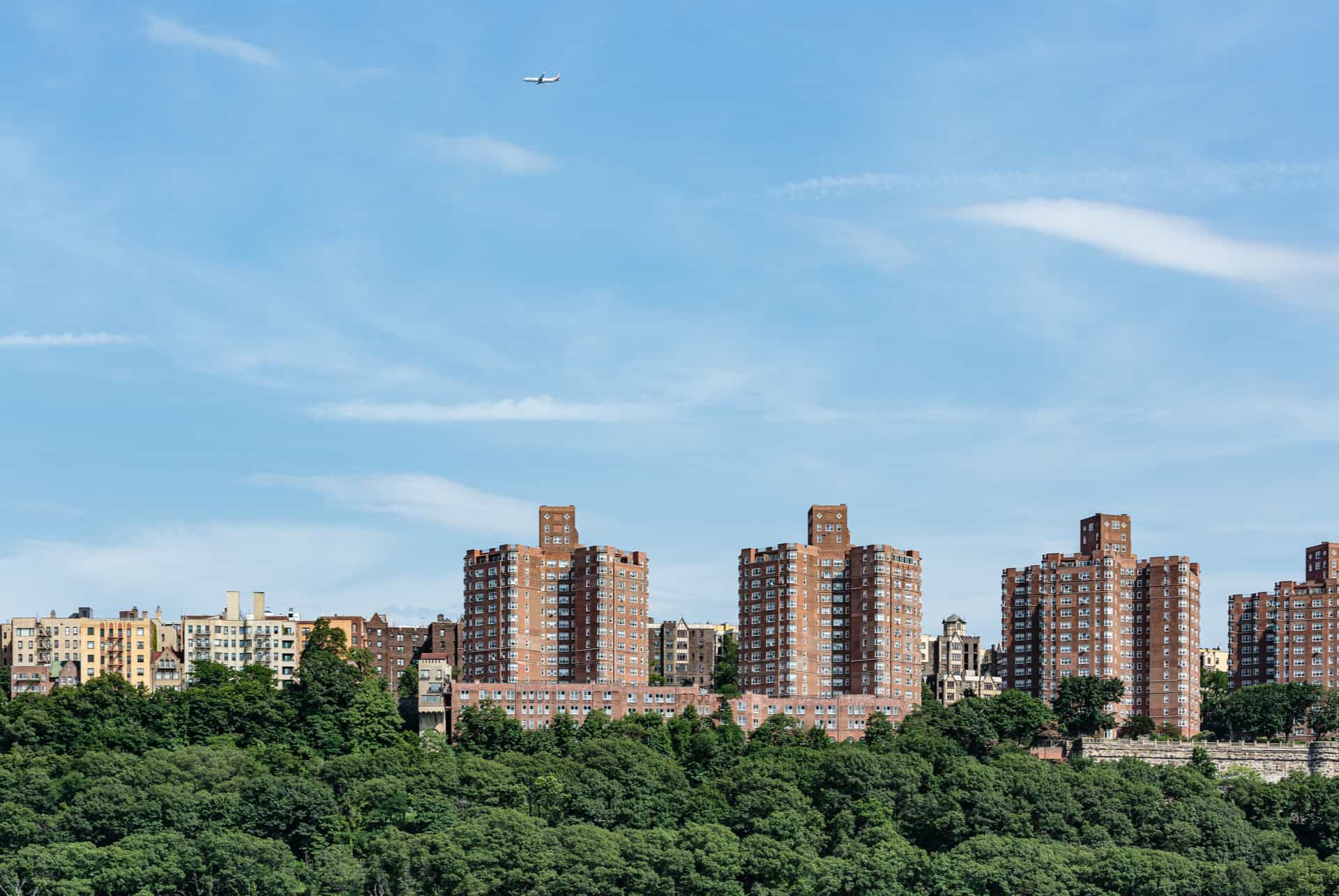 In the 2000s, many areas of New York were renovated, including Washington Heights. Today, The Heights and the neighbourhood right next to it, Inwood, are considered the largest Dominican neighbourhoods in the country. If you want, you can even visit The Heights on a guided tour to make sure you don't miss any of its most attractive sites!

The Washington Heights is a mainly residential area, with few attractions to discover, but it can be very interesting to visit if you wish to immerse yourself in the daily life of New Yorkers, away from Manhattan and the most touristy areas.

What to do and see in Washington Heights?

In The Heights, in addition to enjoying a very different atmosphere from the busy streets of Manhattan, you can also enjoy walks in beautiful public parks but also gorgeous views of the George Washington Bridge and the Hudson River, as the neighbourhood is one of the highest places on Manhattan Island. This can be a great area to consider when deciding where to sleep in New York! 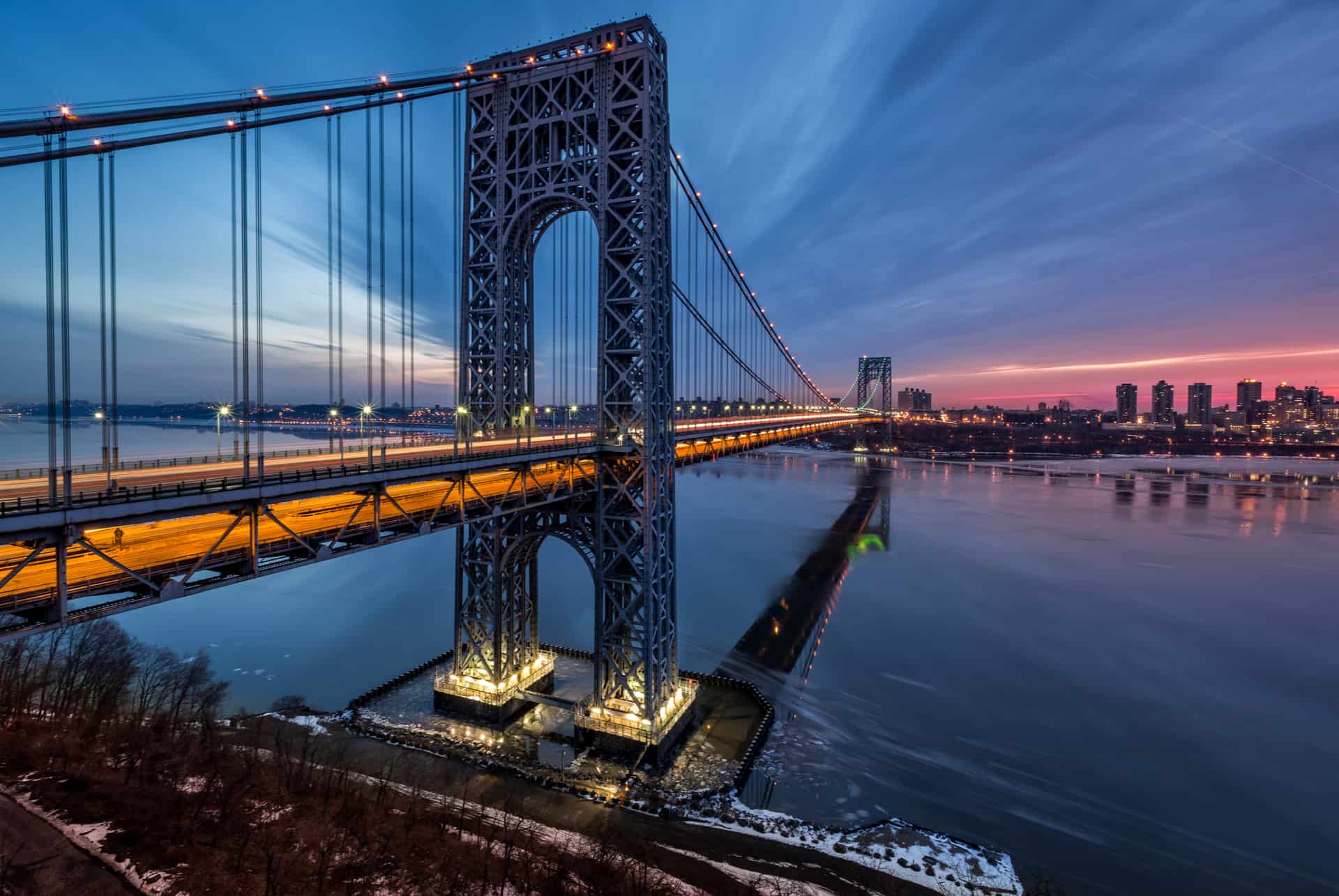 In this neighbourhood, which is mainly home to a Latin American population, you can also take advantage of your visit to discover some typical culinary specialities such as roast chicken and chicharrón. As you can see, I really do recommend not to ignore this district, even if you wish to visit New York in 5 days 🙂

The Met Cloisters is an annex of the famous Metropolitan Museum of Art (the Met) that sits on a hill in Fort Tryon Park, an elevated location with a magical view of the Hudson River. The museum is dedicated to the art and architecture of the Middle Ages and was built in 1933 by architect Charles Collens, who wanted it to resemble a collection of five European mediaeval cloisters. 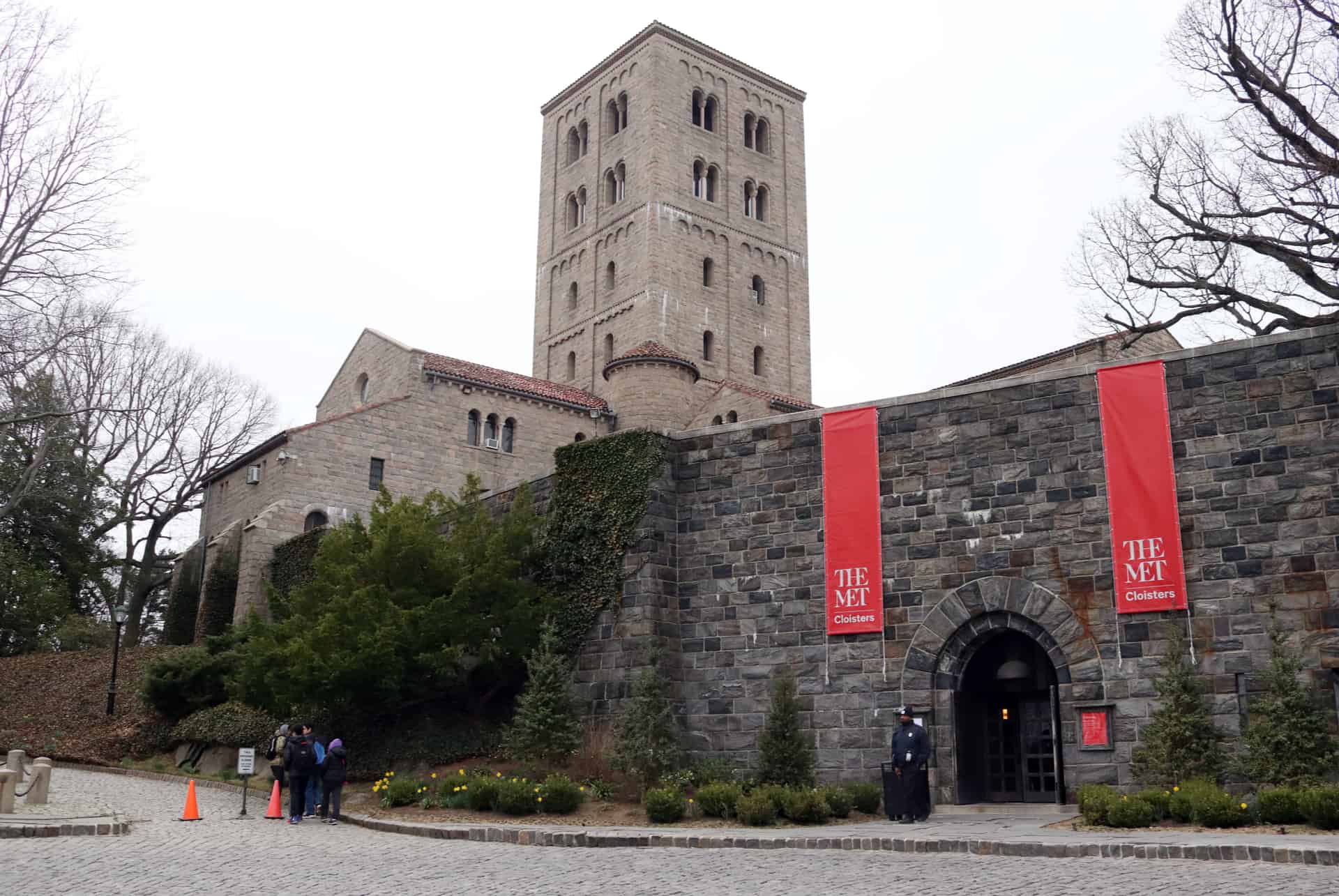 Many of the elements that make up these cloisters come directly from historic buildings and were imported from Europe. You will be able to see Gothic arches from the 13th century, a Romanesque niche from the 12th century, capitals from the abbey of Saint-Michel de Cuxa and elements from the Carmelite convent of Trie-en-Bigorre (France).

The museum's collections include around 5,000 works, mainly from the 12th to the 15th centuries. The most important pieces are the seven Flanders tapestries and the Mérode altarpiece.

This education and memorial centre is located in the Audubon Ballroom (the place where Malcolm X was assassinated in 1965), at 3940 Broadway and West 165th Street.

This social justice institution houses an exhibit in honour of Malcolm X and his wife, activist Betty Shabazz, with a large mural depicting major events in Malcolm X's life, as well as several bronze sculptures and interactive and educational elements to learn more about the work and struggles of these two great figures. 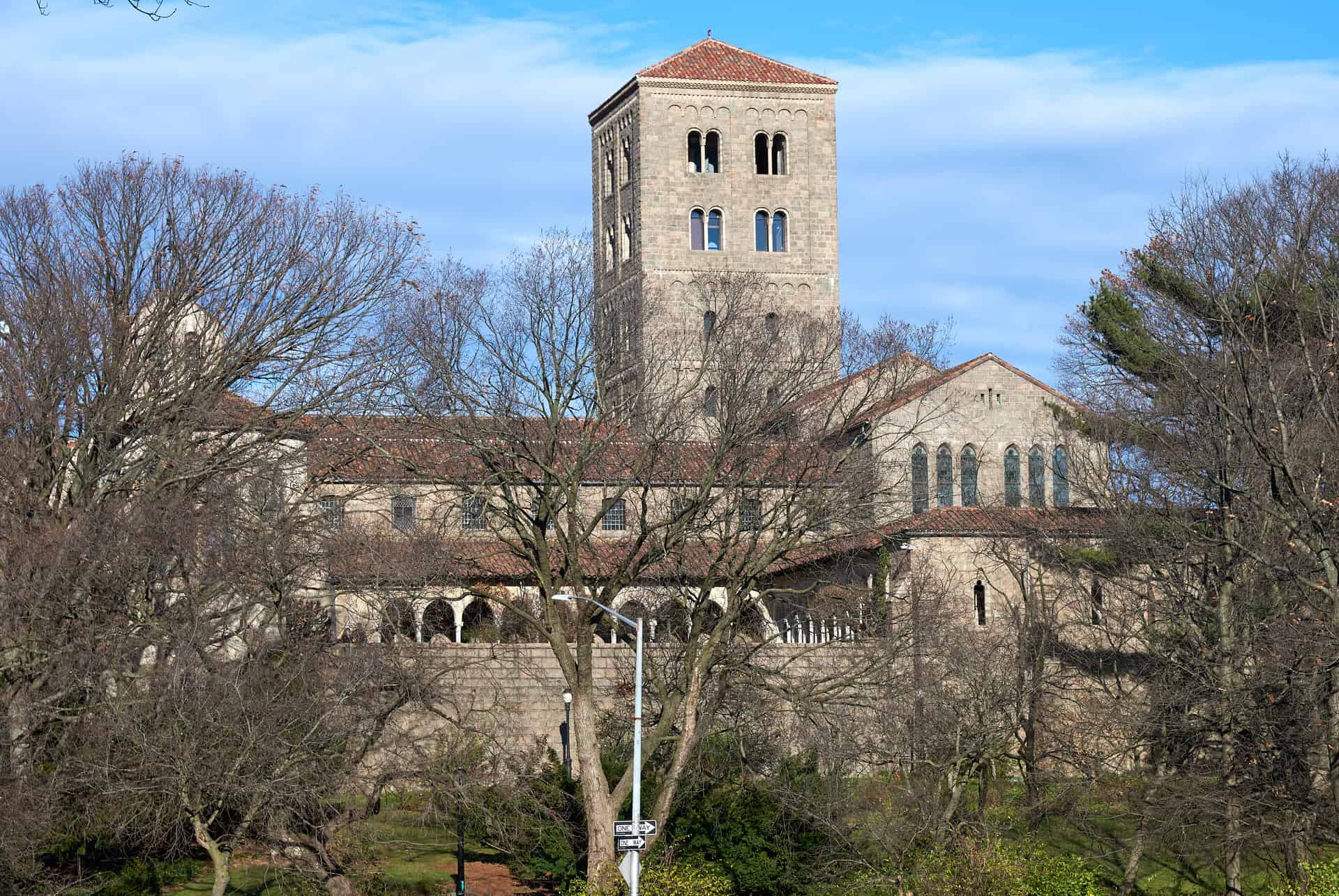 This public park just north of The Heights is famous in history as the site of one of the most important battles of the Revolutionary War. It is here that Fort Tryon stands – one of the highest points in Manhattan.

This park is almost 30 hectares in size and is home to The Cloisters, the Met's annex I mentioned earlier, as well as more than 10 kilometres of trails… and one of the largest dog parks in New York 😊

This very large park of almost 65 hectares runs along the Hudson River for almost the entire length of Washington Heights. Fort Washington Park is probably the best place to see the George Washington Bridge – though it is Bennett Park, in the heart of the neighbourhood, that's the island's highest point.

It is in Fort Washington Park that you will be able to admire the Little Red Lighthouse – the only lighthouse in Manhattan, located directly under the George Washington Bridge. The park also has a beach, probably one of the cleanest in New York, with a very pleasant sandy bottom. The water is rarely warm enough to make swimming very enjoyable, but it is a great place to relax and enjoy a sunny day.

This park borders the eastern side of Washington Heights, along the Harlem River. It takes its name from the oldest bridge in New York still standing today, the High Bridge, which connects the Bronx and Manhattan. The bridge was completed in 1848 as an aqueduct, then was closed for over four decades before being reopened to pedestrians in 2015. 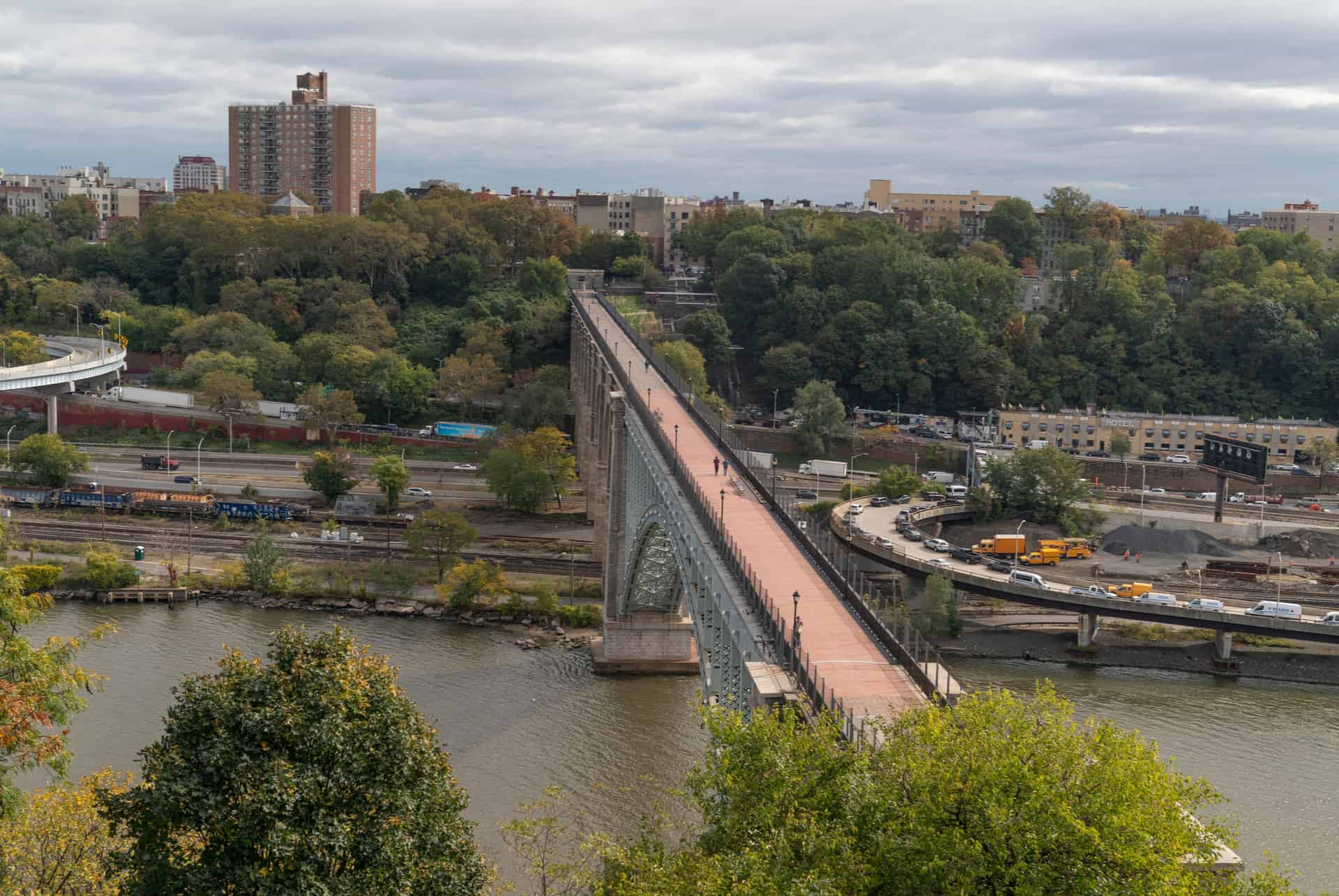 Highbridge Park is a particularly pleasant green space, in which you can discover this historic bridge as well as several entertainment areas such as a skate park, a swimming pool and a mountain bike circuit.

The Morris-Jumel Mansion and Sylvan Terrace

The Morris-Jumel Mansion is a must-see for architecture and history buffs, as it is the only pre-Independence War home in all of Manhattan. It was the summer residence of a military officer in the second half of the 18th century, and sits atop a hill with a beautiful view of the surrounding neighbourhoods.

The manor house housed a tavern for a time, before becoming a museum in the early 20th century and being listed as a historical monument in 1967.

Sylvan Terrace is a small, almost secret street, yet one of the most unusual in the whole city. Located between 160th and 162nd Streets, this small street connecting St. Nicholas Avenue and Jumel Terrace is famous for its two large rows of wooden houses.

In the past, this was the site of the Morris-Jumel Mansion stable, before two rows of 10 identical houses were built and were then inhabited mainly by workers.

In the 1970s, the city decided to restore all these houses to their original appearance and to repave the street as it had been.

Today, this little street is a true treasure of Manhattan Island, and a very popular film location. 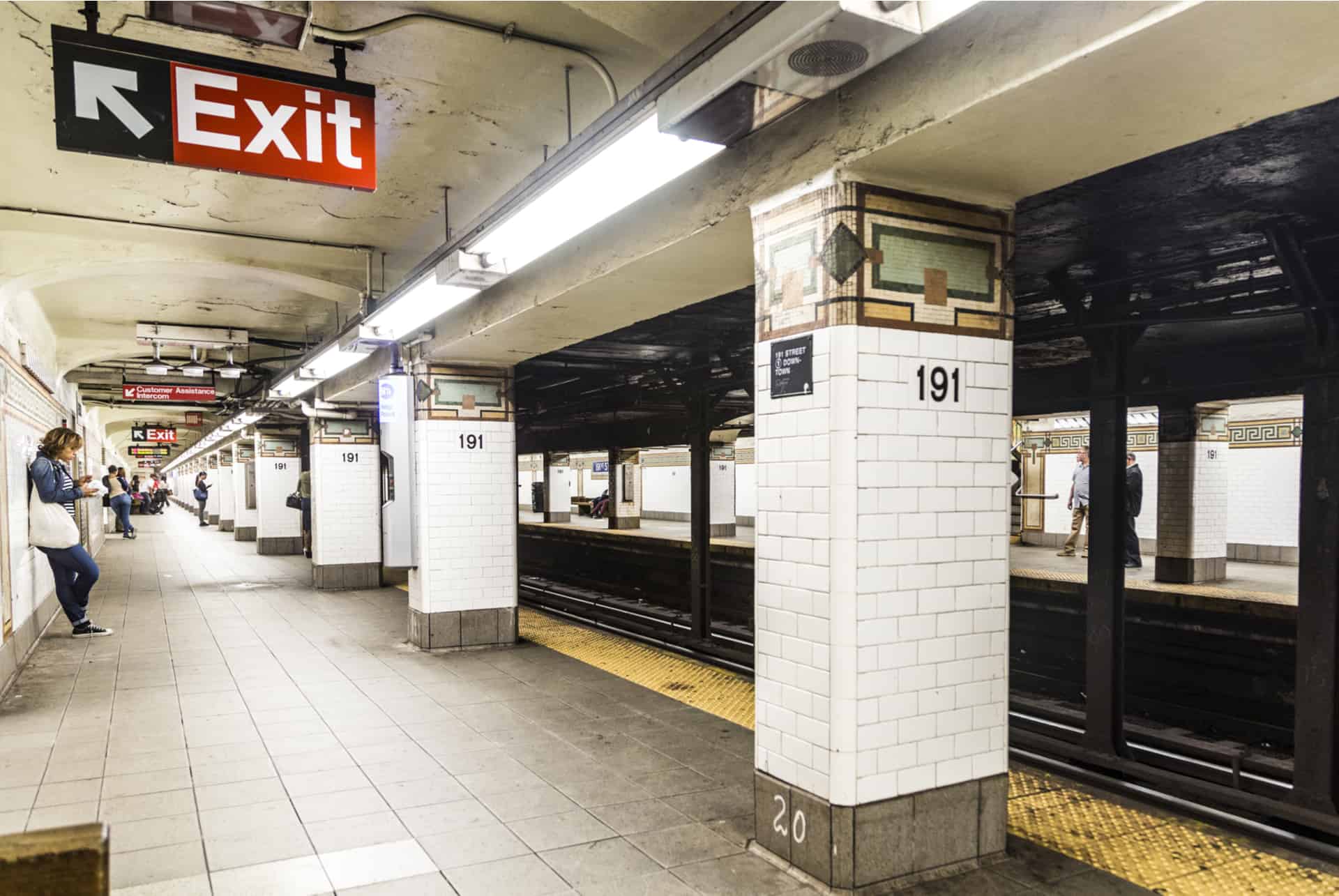 Washington Heights is the highest area in all of Manhattan, but it is also home to the deepest underground station in New York City – the 191st Street station, more than 50 metres below ground. It is connected to the Broadway station by Tunnel Street, a tunnel that is about 300 metres long and is an attraction in its own right.

This tunnel is not part of the underground station, so it is in fact the one and only underground street in New York. Several artists covered the entire tunnel with street art, and although the art was later covered with less tasteful graffiti, walking through the tunnel is one of the must-see experiences of your visit to Washington Heights.

Where to eat in Washington Heights?

One of the great attractions of Washington Heights is the food scene. On its two busiest avenues, Broadway and St. Nicholas Avenue, you will find a number of very good restaurants. 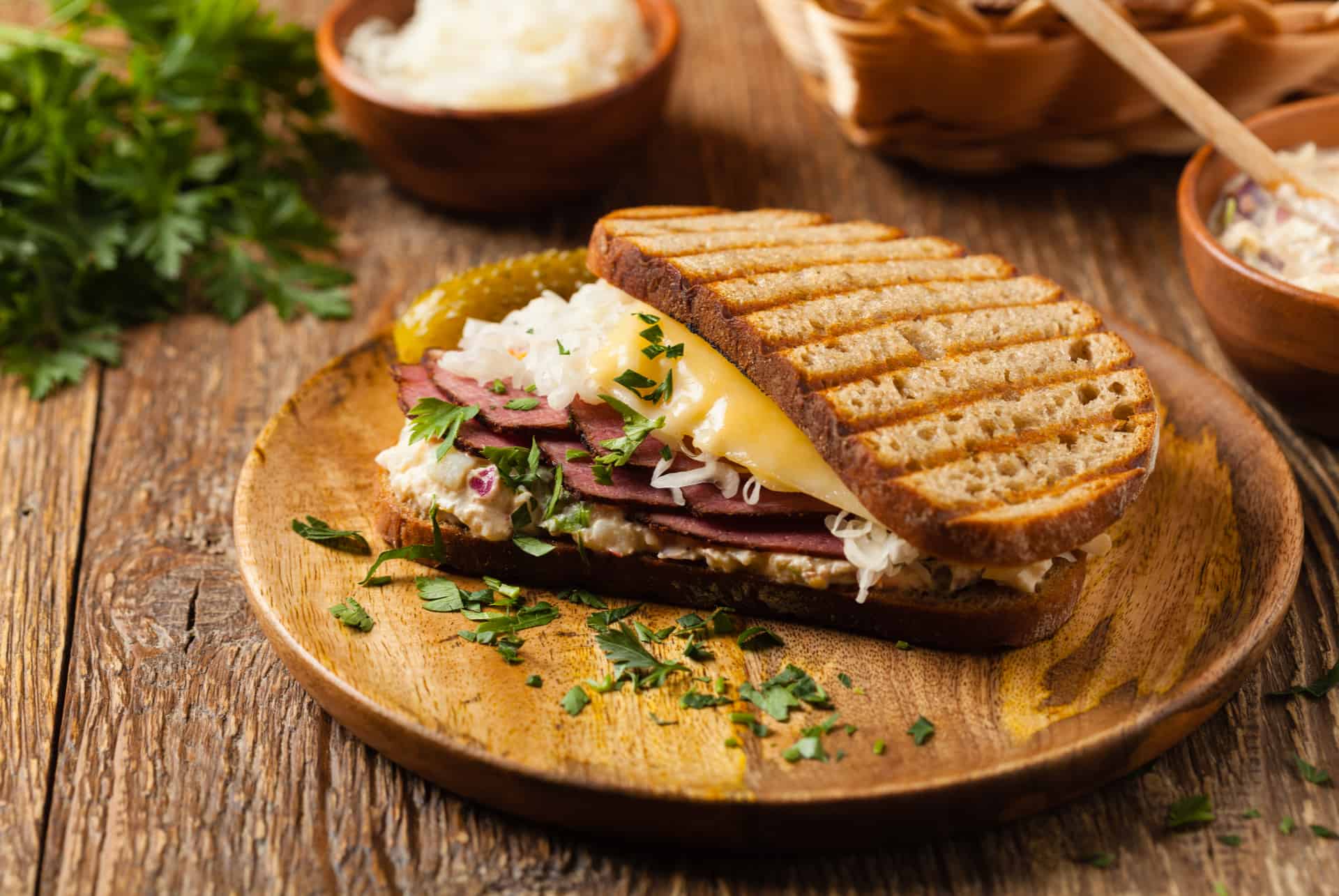 Here are some examples of good places to eat:

How to get to Washington Heights?

To reach Washington Heights, you can take the A, C and 1 underground lines and get off at the 181 Street station.

There are also several bus routes going to the neighbourhood from Manhattan and the Bronx.

And this concludes my article! 😄 I hope it was helpful and that you’ve noted some sites you want to see yourself once you’re in New York. If you know of any special place in this neighbourhood that I haven’t talked about, don’t hesitate to mention it in the comments! If I don’t know them, I would love to discover them myself during my next trip to the city 😉
Click to rate this post!
0 ratings (0/5)