All about the New York Museum of Natural History

Article written by Amélie on 3 May 2022
Category : Activities

The American Museum of Natural History (often abbreviated to AMNH) is one of the largest museums in New York City. In its galleries, you can enjoy several permanent exhibitions dedicated to fossils, biodiversity or the origins of man and civilization. Just like the MET and MoMA, this museum is one of the city's must-see cultural sites.

What I particularly like about this museum is that it is very accessible to families.

It is one of my top 5 museums in New York!

If you want to visit the American Museum of Natural History, here is an overview of everything that awaits you there, to help you prepare your visit as best as possible 🙂

The history of the American Museum of Natural History

When the AMNH was founded in 1869, it was located in the heart of Central Park – in the Arsenal building. Public exhibitions started to be held there in 1871. The collections quickly expanded and construction of a building dedicated entirely to them was begun in 1874. This new museum, located at 77th and 81st Streets, was inaugurated three years later, in 1877, by the 19th President of the United States Rutherford B. Hayes.

Over time, the American Museum of Natural History continued to expand, including the construction of a planetarium and auditorium. Its famous triumphal arch facade was completed in 1936. Today, more than 5 million visitors come each year to see all its exhibitions.

In total, more than 32 million specimens and objects are on display or in storage, and the museum's collections of fossils and insects are among the largest in the world.

More than just a museum, the AMNH is also home to a research centre and a team of more than 200 researchers with expertise in many fields, such as anthropology, astronomy, palaeontology and mineralogy. 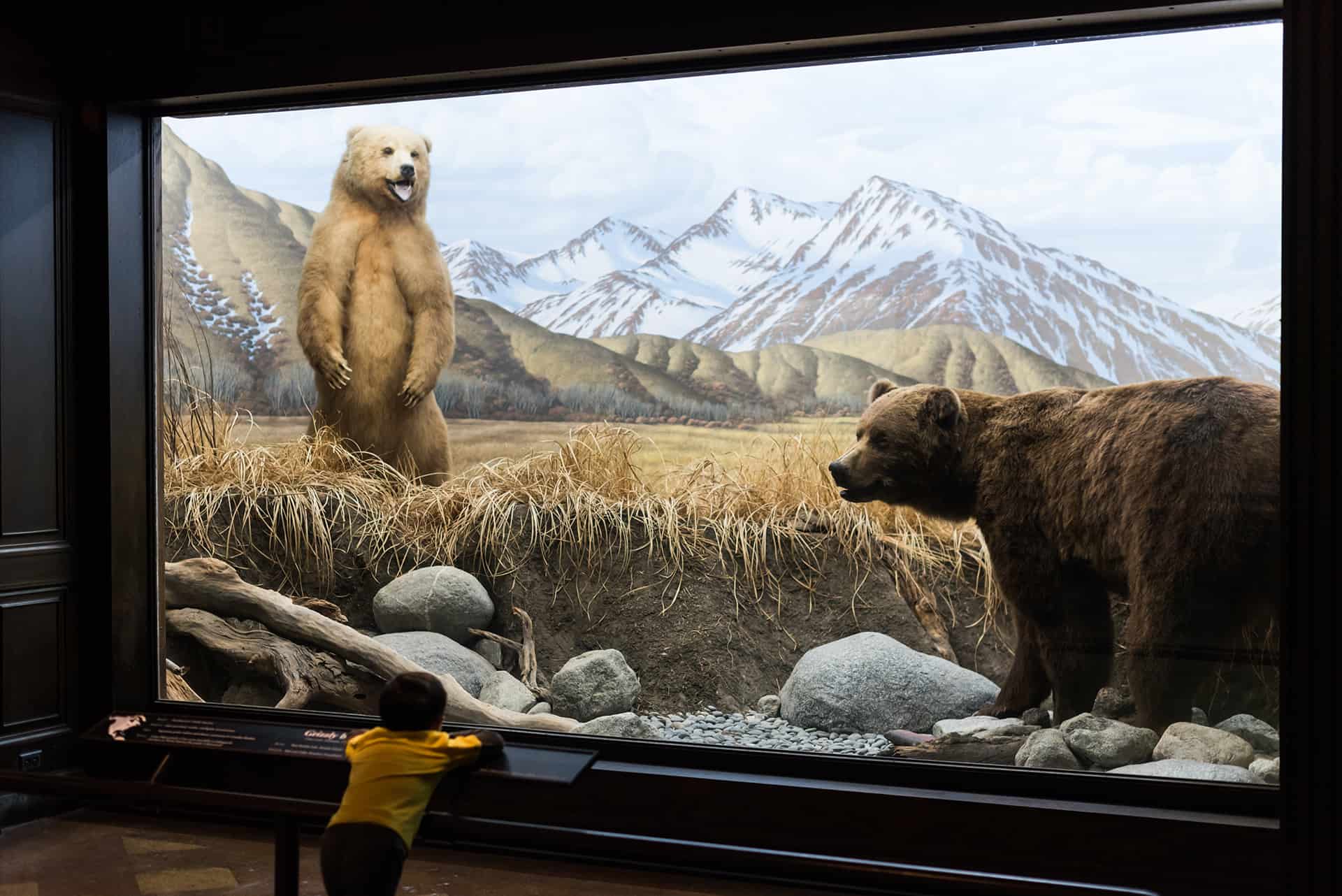 To reach the museum, you can take the underground on lines 1, B or C to the “81 st — Museum of Natural History station”. Like many other museums in New York, the AMNH will probably impress you with its size. It spans 5 floors, each containing one or more large rooms with a specific theme.

There is so much to see in this museum that it will be almost impossible to appreciate everything it has to offer in one visit.

You will have to decide which collections you are most interested in before you enter the museum.

On site, the directions are very clear and you can easily follow the signs to get where you want to go.

For your visit, you can of course choose to explore on your own according to your wishes, but you can also opt for a guided tour in English or another language. The latter are not scheduled every day, so check the official museum website for the tour programme in advance. Thematic tours are also available, and you can, for example, choose the space tour, the dinosaur tour, or even a tour that will take you through all the most emblematic rooms of the museum.

In addition to the permanent exhibitions, there are regular temporary exhibitions. These usually take the form of interactive activities and may include 3D films.

As a rule, access to these temporary exhibitions is not included in the basic admission ticket. Every year, more than 150 films, workshops, lectures and public demonstrations are organised in the museum.

The museum being very popular, I strongly recommend booking your tickets as soon as possible to make sure you will be able to go to the museum during your stay. During peak periods, some tourists are unable to enter the museum due to the fact that its maximum capacity has been reached – so booking is the smart thing to do! 😉 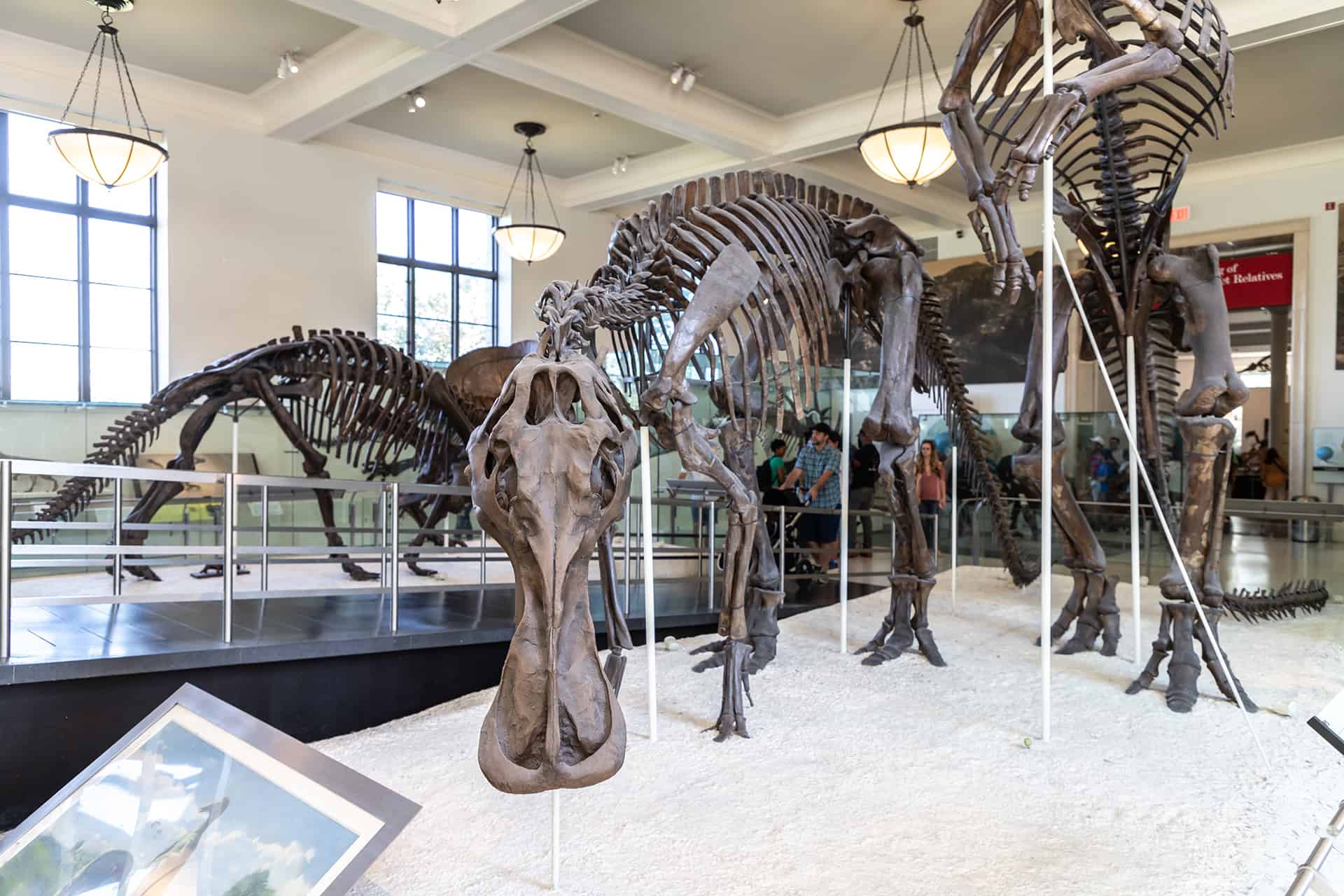 Each of the museum's five floors has one or more galleries, each devoted to a specific theme:

To make the most of your visit (and avoid feeling like you're getting lost in these huge galleries), it's best to plan ahead. No matter what, there will be things you simply won't have time to see on your first visit. Allow at the very least one and a half hours to enjoy your visit.

Rates and Opening Hours of the AMNH 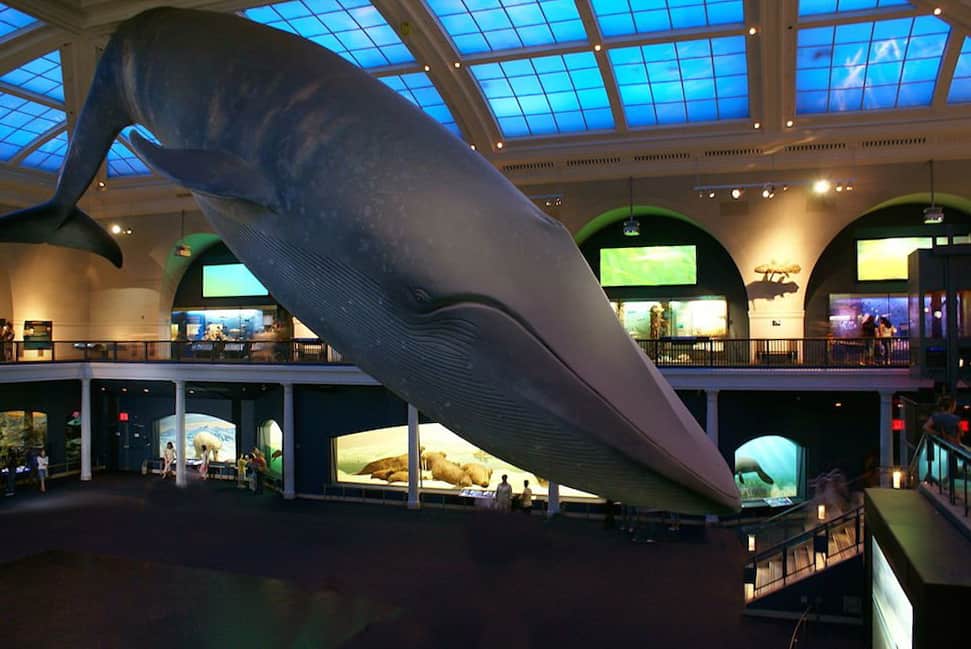 Like some other museums in New York, the AMNH does not have a set admission fee. Instead, right at the entrance you will be given an estimate of “donations” . They are the recommended fee to enter the museum, but you are free to donate as little as $1, or as much as you want, if you wish to support the museum.

The recommended rates for the single visit are:

For the visit and access to 1 activity (temporary exhibition, 3D projection...):

As the museum is extremely popular, queues can be long. It is strongly advised to book your tickets beforehand. Also note that the museum is included in some of the New York passes (the New York Pass and the NYC Pass). With these passes, you will even benefit from a “no-queue” ticket, so you won't have to wait at the entrance.

If you want to discover New York, these City Passes will also give you access to many other monuments in the city, and allow you to visit most of its most symbolic places.

TO FIND OUT MORE ABOUT THE PASSES, CLICK HERE

The New York Museum of Natural History is open from Wednesday to Sunday, 10 a.m. to 5:30 p.m., except on Christmas Day and Thanksgiving.