The Hamptons, a small heaven away from New York

The Hamptons is a region of New York State, located east of Long Island. The area is home to a number of towns and villages that are known around the world as favourite holiday spots for many wealthy stars. The whole area has become a very touristy place, and you can discover beautiful natural landscapes, sandy beaches and luxurious neighbourhoods when visiting the Hamptons.

For me, the Hamptons are only worth visiting once you've already seen the main districts of New York, and of course have been to the city’s biggest must-sees such as the Empire State Building or the Statue of Liberty. Let's just say that the Hamptons are not necessarily to be discovered during a first trip to New York, especially one that lasts only a few days 🙂

Where are Long Island and the Hamptons located? 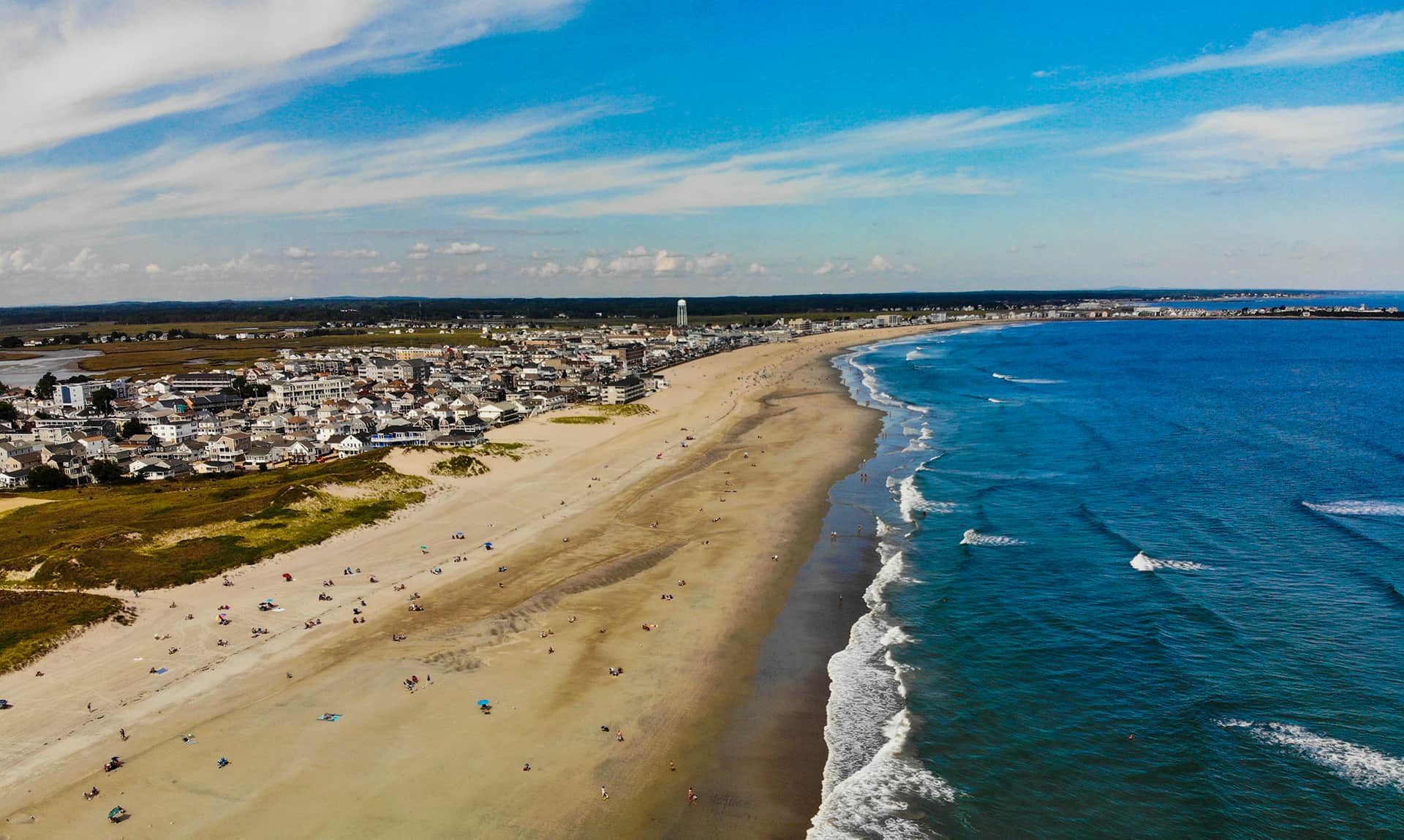 Long Island is an island on the east coast of the United States, in the state of New York. Part of New York City is located on the western edge of Long Island, and the island extends nearly 200 km eastward into the Atlantic Ocean.

Long Island is far from being the largest island in the United States, but it is one of the 20 most populated islands in the world. The vast majority of the island's population lives in New York City itself or in the nearby suburbs of Nassau County.

The Hamptons is located on the eastern side of the island. The region occupies a very large part of the South Fork Peninsula – a wide fifty-kilometre long strip of land that extends east to FoMontauk. Most of the time, when people refer to the Hamptons, they mean the resort area formed by the towns of East Hampton and Southampton.

From central New York, it takes about 2 hours to get to the Hamptons. Some tours offer a day trip from New York to the Hamptons. Transportation to and from the Hamptons is usually included in the package, and the programme is quite comprehensive, giving people a good overview of this little piece of heaven. You won't have to worry about anything 🙂

SEE THE FULL PROGRAMME OF THE TOUR BY CLICKING HERE

The history of the Hamptons 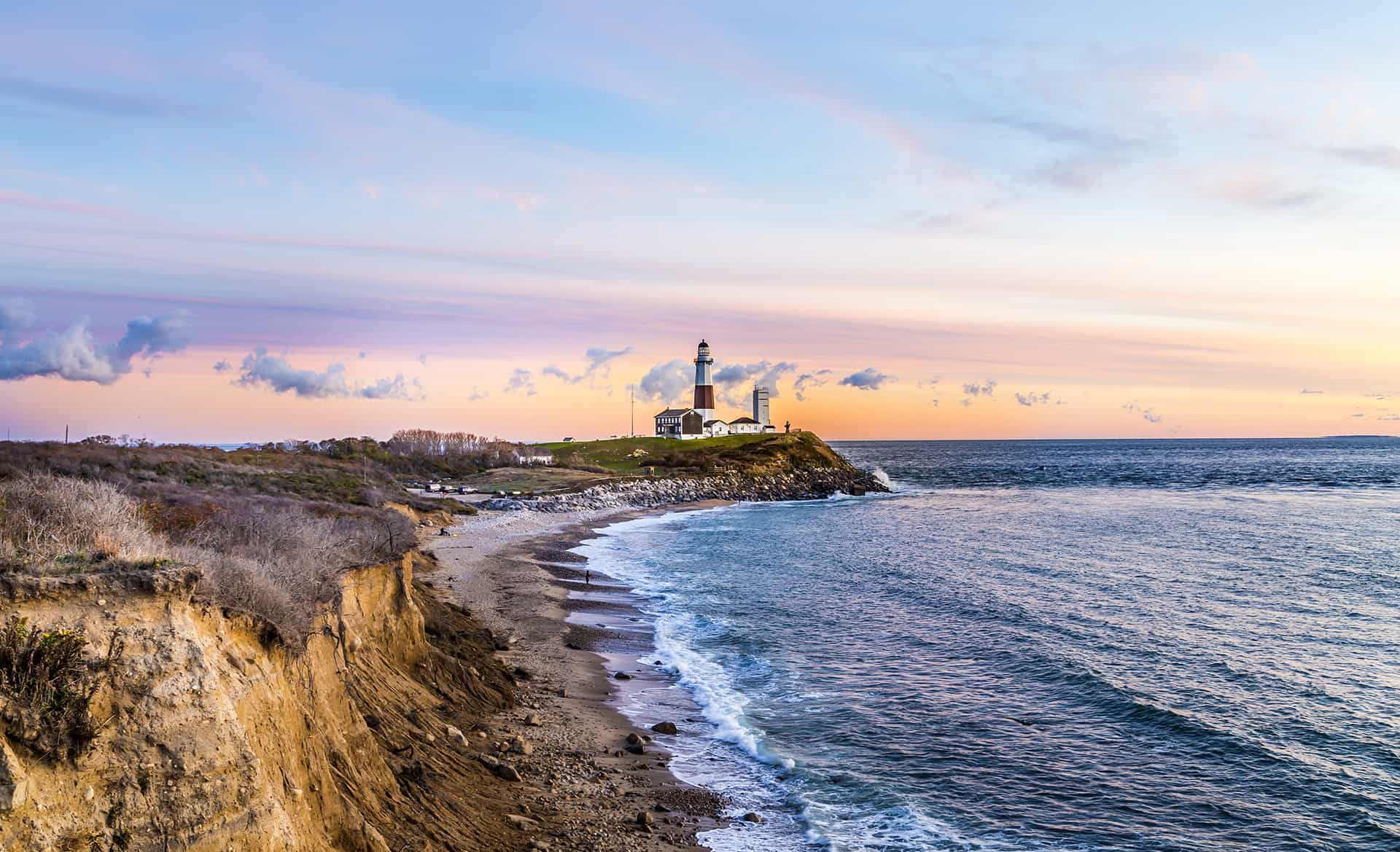 Originally, this region was occupied by the Algonquian Indians, before settlers from Holland, Poland and especially England began to move in from the mid-17th century. They cultivated the potato in particular. Until the end of the 19th century, the whole of Long Island was a very rural region, except for the western part with Brooklyn and Queens, which were already attached to New York.

From the beginning of the 20th century onwards, the construction of the Long Island Expressway and the improvement of roads made the area much more accessible and attractive. Over the years, the towns of East Hampton and Southampton were taken over by wealthy families from the region and then from all over the country, who made them their favourite holiday spots.

Today, Long Island has become a popular vacation spot for millions of Americans, thanks in part to the island's open spaces and many famous beaches, such as Long Beach and Atlantic Beach. Tourism – mainly summer tourism – plays an extremely important role in the region's economy. The Hamptons is the most exclusive part of the island and is very popular with the wealthy. Many stars from all walks of life own a luxury villa with a view of the sea.

How to visit the Hamptons? 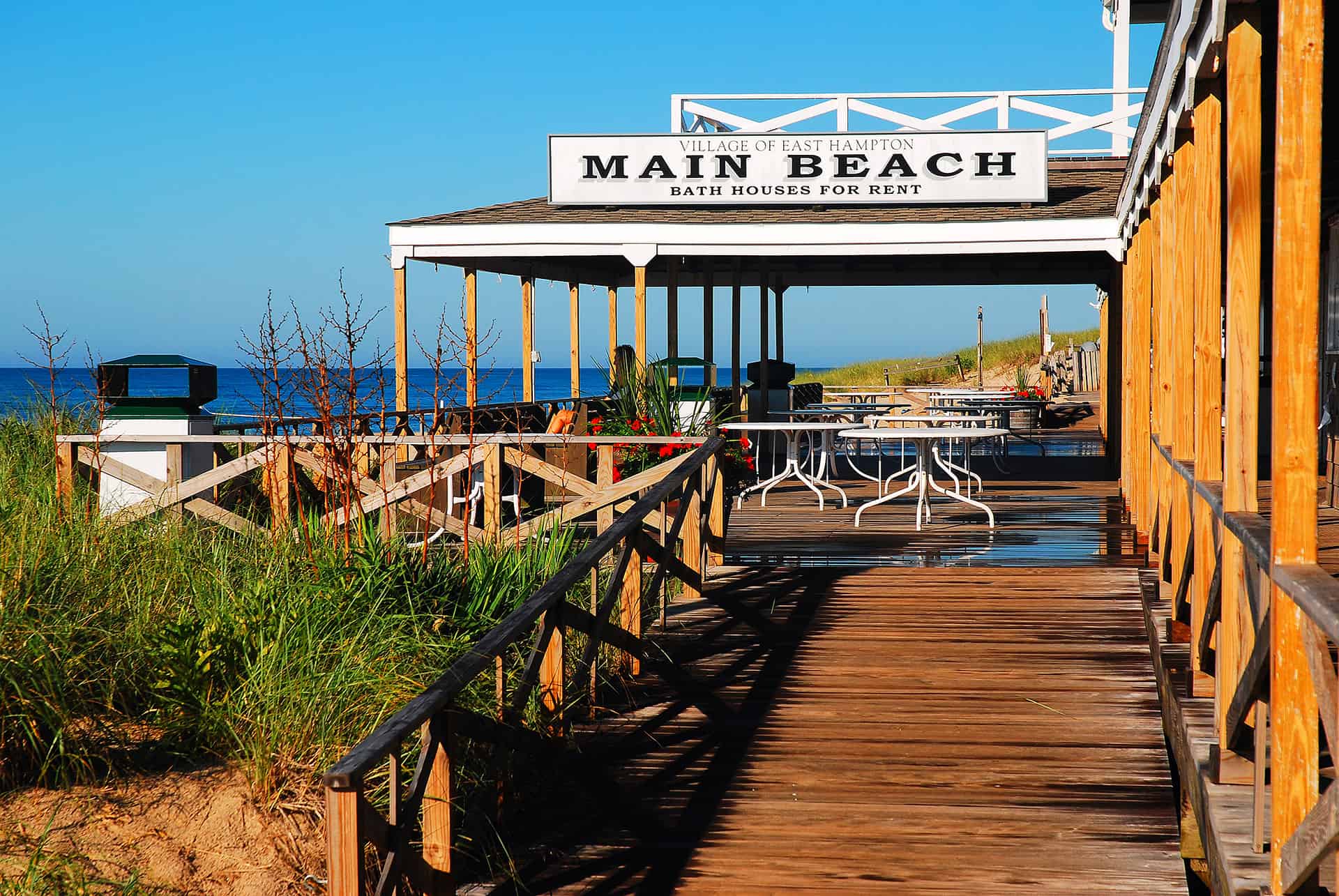 There are several ways to get to the region, but if you are going by car and intend to visit several towns and villages, I advise you to leave as early as possible, or even to stay there for two or three days. For your visit, as the region is quite long (50 km long and only 2 or 3 km wide) it is best to start at one end.

If you can, renting a car is by far the best option. A car will give you much more freedom to explore the area at your own pace. This is especially interesting as the Hamptons, and indeed the whole of Long Island, are perfect for a short road trip. As far as travel time is concerned, it will take you about 1.5 hours to reach the Hamptons from the New York exit.

A second option is to take the train: the region is very well served, with about thirty stations located between Montauk and Manhattan. This is also the most economical solution, as you can make the journey for around £17 at the most. A small negative point: the trains do not necessarily run very regularly and you will have more difficulty getting from one place to another. However, if there is a particular place in the Hamptons you wish to visit, the train will do just fine.

To see the train timetable, you can check it here.

Some companies also offer bus trips to the Hamptons. These trips can be interesting if you want to see several places in the area quickly. There are a number of different options available, some of which are actually organised tours. For the trip to Montauk, which takes about 2.5 hours, you'll need to pay just a bit under £25.

And as mentioned above, there are also day trips from New York. If you are interested in this format, you can learn more by following this link.

Cities and places to discover in the Hamptons 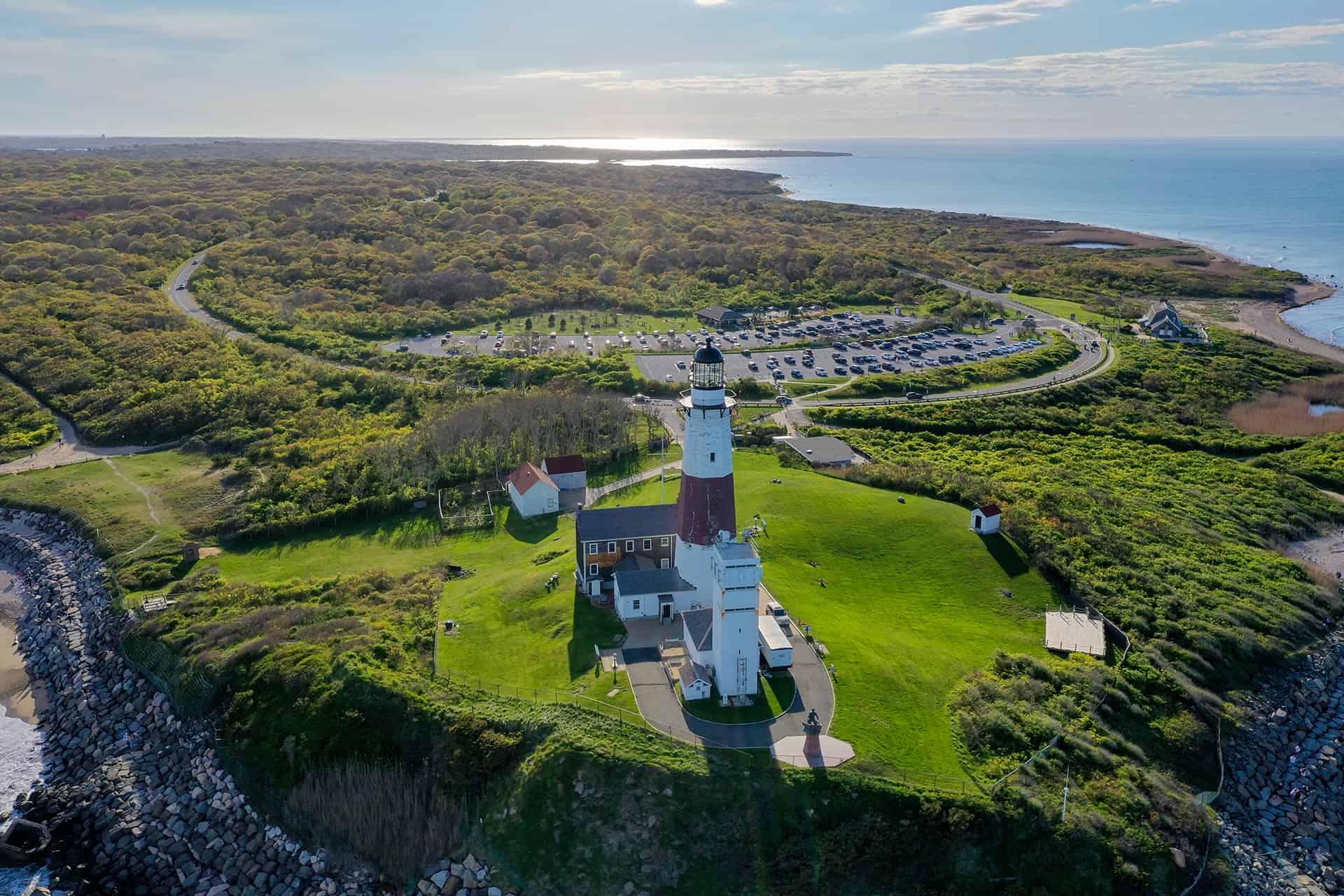 Montauk is a small fishing village, which during the summer months becomes a popular resort. It is the easternmost point of interest in the Hamptons. If you are driving, you can choose to start or end your visit from here. Even during the high season, the atmosphere of this charming village remains calm and peaceful.

The village’s main attraction is the Montauk Lighthouse. It is open to visitors all year round, and offers a splendid panoramic view of the coast and the Atlantic Ocean. On the ground floor, the lighthouse also houses a small museum. It contains a large number of period photographs and historical documents, such as the federal authorization for the construction of the lighthouse, signed by President George Washington in 1796. Tickets for the tour are $12 for adults (£9), $5 for seniors (£4) and $4 for children under 12 (£3).

For food and refreshments, you can head to The Surf Lodge, a bar and restaurant with a warm, casual atmosphere, and sit on the patio for a meal while enjoying a beautiful view of Lake Montauk. 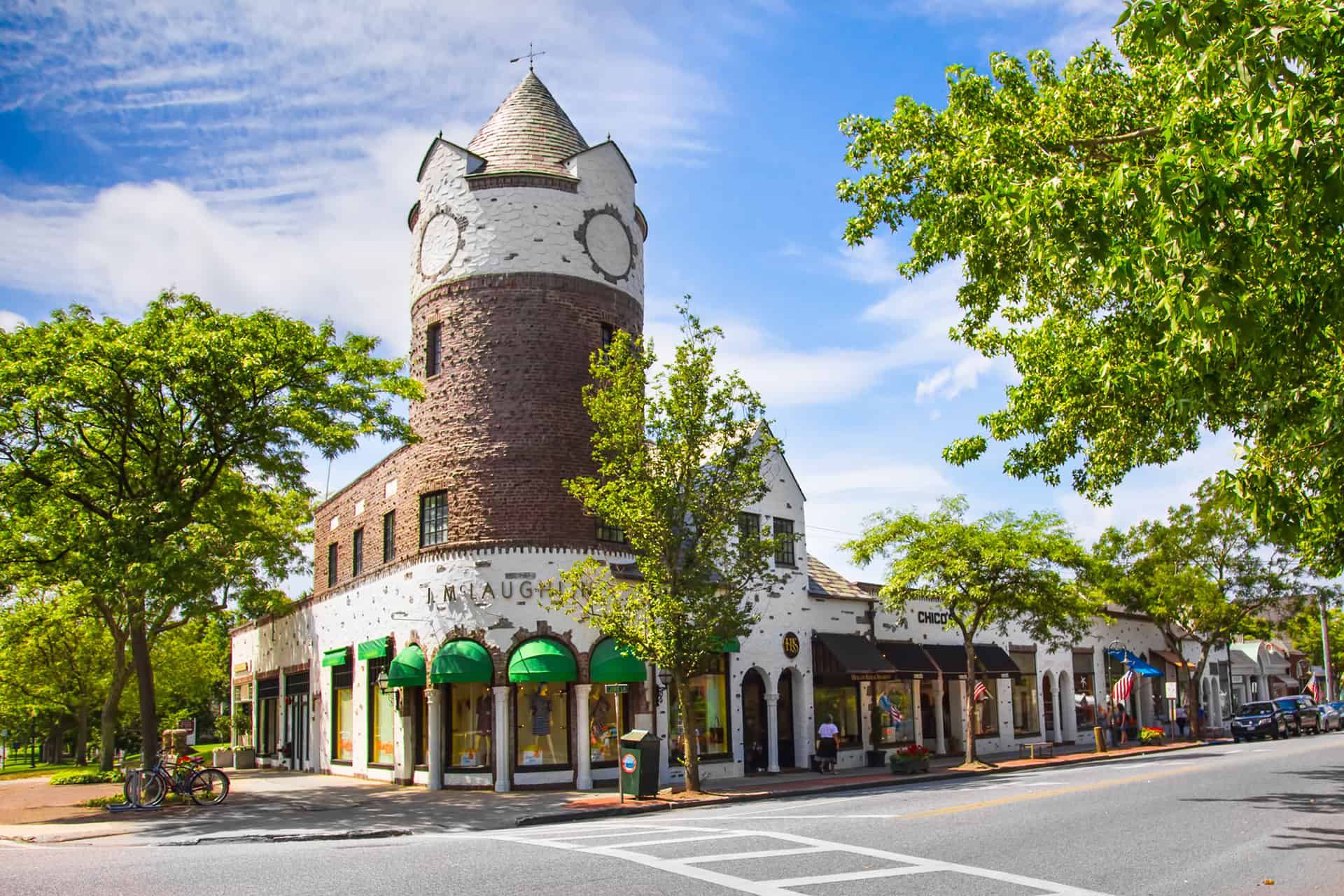 It is largely to this city that the Hamptons owe their reputation as a celebrity paradise. The cost of living is generally very high in the Hamptons, but in Southampton it goes even further. On the streets of the town you can find luxury shops and dream villas, and you might even be lucky enough to spot a celebrity.

If you move away from the shopping streets to really discover the town, you will find yourself in the more residential areas, with typical wooden houses, but also huge villas and perfectly manicured gardens.

Less famous than Southampton, this small village which is part of East Hampton is also a popular place for wealthy businessmen and celebrities. Sag Harbor is a quiet little town with many huge homes.

There are also some very good restaurants there, which are admittedly expensive but more affordable than those in Southampton. You can go to the Dock House for a delicious seafood meal. 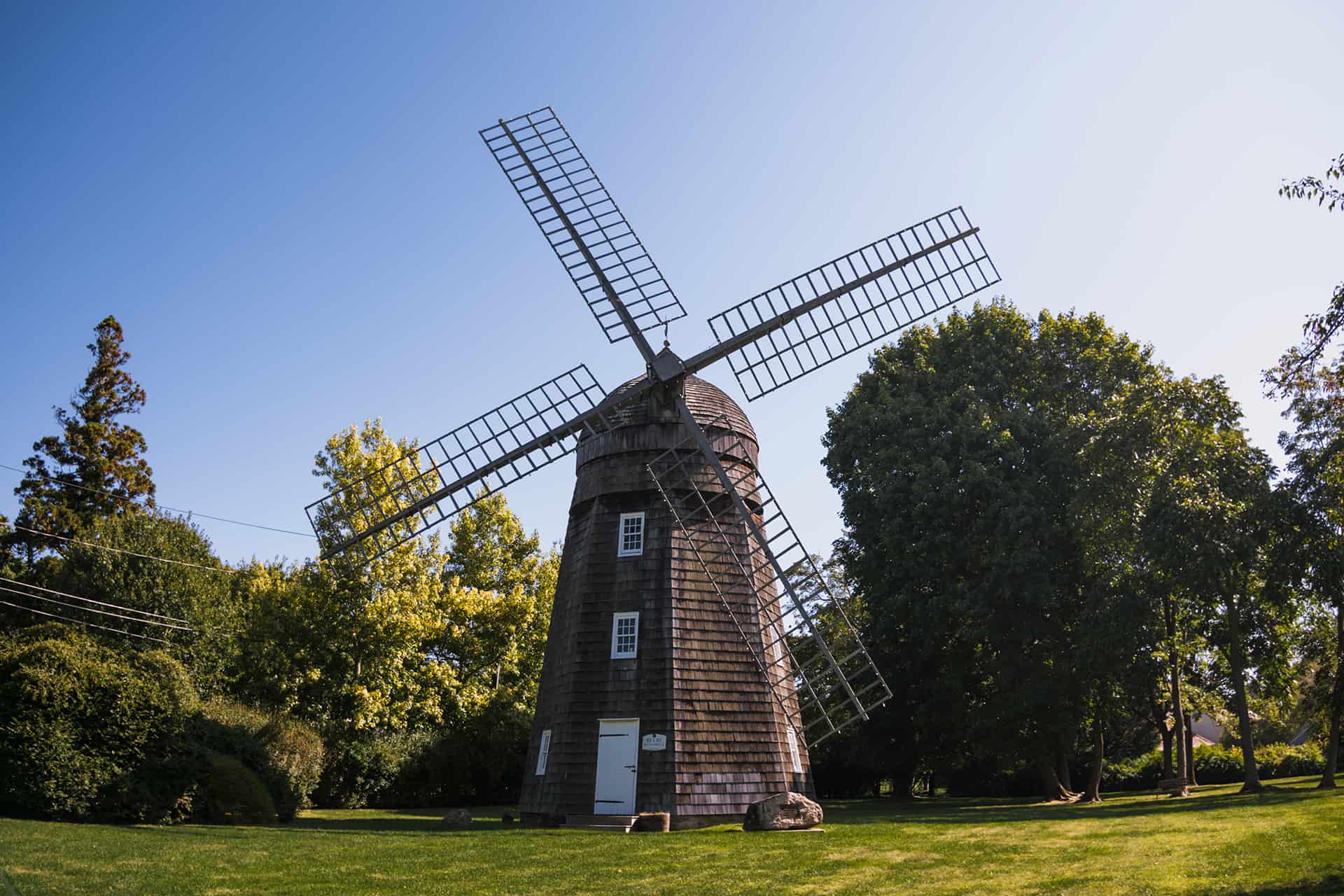 This is another of the Hamptons’ very peaceful little towns. In Bridgehampton, in the south-east of the island, you will discover a very charming town centre, with many typical white wooden houses. You can stop off at Candy Kitchen for some of the best ice cream in the country, in an ice cream parlour that recently celebrated its 90th anniversary.

The hamlet is no stranger to luxury homes, and many famous stars such as Madonna have stayed or still live in Bridgehampton. Beyoncé and her husband Jay-Z once lived in a modest 1,600-square-metre villa on over 4.5 hectares of land, which was sold in 2018 for $50 million.

This tiny village can give you a taste of what luxury country living is like in the Hamptons. In this very rural part of the region, you can also discover vineyards that produce a very fine sparkling wine.

Some of the beautiful homes and grand estates in this village are owned by some very famous people. Actress Drew Barrymore, musician Billy Joel and TV superstar Jimmy Fallon, for example, own property in Sagaponack.

Throughout the southern part of Long Island and the Hamptons, you can find many beautiful sandy beaches. For relaxation, swimming and many summer activities, you can go to Ponquogue Beach. You can also go to Cooper's Beach – located in the Southampton area, this beach is very popular with surfers and bodyboarders.

Cryder Beach, also in Southampton, is lined with luxury villas, and is a good representation of the excesses that can be found in the city.

Main Beach is often considered one of the most beautiful beaches in the eastern United States, but is often a victim of its own success and is overrun by many New Yorkers. If you're looking for a quieter time at the beach, you can go to Pikes Beach, located on Dune Road in Westhampton.

And that’s it for this article! I hope you’ll have a very nice stay in the Hamptons should you decide to go, and that you will take lots of beautiful pictures! 😊
Click to rate this post!
0 ratings (0/5)