The Bronx, a New York borough: what to see & do there

The Bronx is one of the five boroughs of New York, along with Brooklyn, Manhattan, Queens and Staten Island.

This large borough located north of the city, on the other side of the Harlem River, was once a very unfriendly area of New York. Now largely rehabilitated, it is a pleasant and very cosmopolitan place, in which you can discover a lot of things during your stay in New York.

In this post, I will make a small tour of the main sites of interest in the Bronx – a borough that is still not very touristy, but that you will definitely not regret having visited.

The history of the Bronx 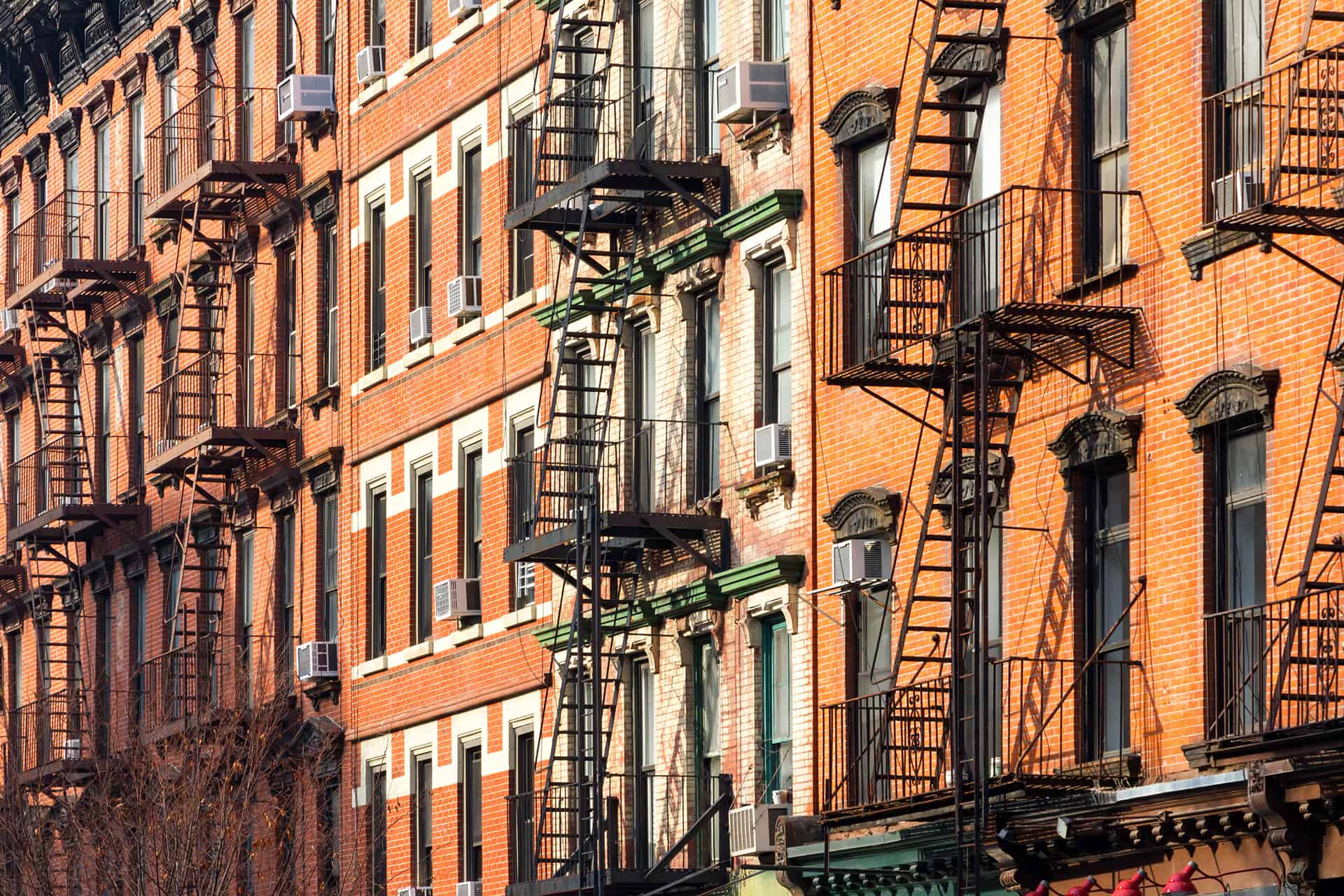 The area where the Bronx is today was originally occupied by the Siwanoy Indians, and it was not until the 17th century that Dutch settlers began to move in. It was a Swedish immigrant by the name of Jonas Jonsson Bronck who was the very first to colonise this land north of Manhattan, on the other side of the Harlem River. The name Bronx comes from him – it is derived from "Bronck's".

Between the end of the 19th century and the beginning of the 20th century, the population of the Bronx changed enormously, with the arrival of mostly Italian and Irish immigrants, but also some from Haiti and West African countries. It was not until 1895 that the Bronx was officially ceded to New York City. It then officially became a county some 20 years later, in 1914.

After World War II, the gentrification of Manhattan caused many poor residents to move north to find more affordable housing. The Bronx became increasingly unsafe, and by the 1970s it had truly become a ghetto.

It was during this period that the Bronx became the birthplace of hip-hop – in the Morris Heights neighbourhood, led by a DJ named Clive Campbell. During the 1980s, the Bronx had become one of the most crime-ridden areas in the world. By the 1990s, however, a major rehabilitation policy in New York City had brought about a huge change. Even though some parts of the Bronx are still quite bad, other parts of this very large borough have become very safe, and some parts of this borough are now even among the places that it would be a real shame not to discover on a trip to New York.

You will quickly become aware of the differences between each of the boroughs that make New York a cosmopolitan city – with many cultures permeating each borough.

The emblematic sites of the Bronx

The Bronx is a very lively borough, and has a strong influence on New York and even on the whole of the United States in terms of culture, sports and art. Here is a small selection of the best places you can visit when exploring the Bronx. 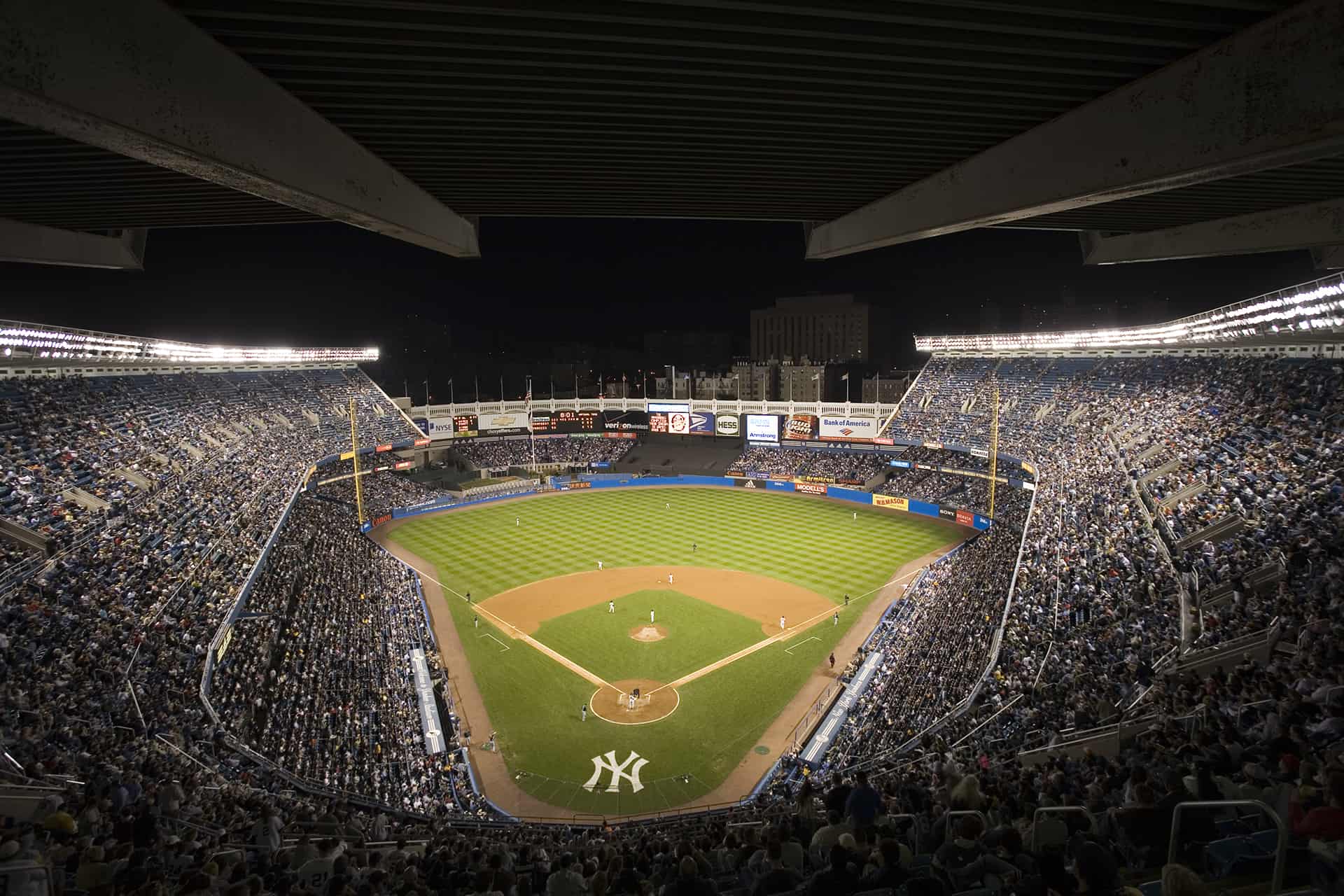 Founded in Baltimore in 1901, the club moved to New York two years later, in 1903. More than a century later, with 27 World Series titles and 40 American League victories, the Yankees have truly become one of the greatest symbols of the sport in the United States, and they have made the Bronx famous around the world.

If you get the chance, I recommend you get a ticket to a Yankee game! It's quite the experience 🙂

TO SEE THE GAME SCHEDULE DURING YOUR STAY, CLICK HERE

The Yankee Stadium is a true New York landmark. With a capacity of over 50,000 people, it also houses over 1,000 square metres of shops. This legendary stadium can be visited all year round – it costs around £16.50 to book a ticket online (tickets are free for children under 3).

If you are in New York during the baseball season (April to October), I really recommend you take the time to attend a game – to experience the fervour of New Yorkers supporting their team and to live an unforgettable moment in an exceptional atmosphere. Ticket prices vary greatly depending on the game and the location in the stands: some can be bought for as little as ten greenbacks, but you'll have to pay several thousand dollars for the best seats to attend the biggest games.

You will find more than fifty shops, with all the major brands such as Macy's, Kmart, Staples and Old Navy. The Bay Plaza is definitely the place to go for a shopping spree in the Bronx.

In addition to its many shops, the mall is also a real entertainment area, and you will find restaurants (the food court is particularly nice), a movie theatre, a fitness club and a game room. 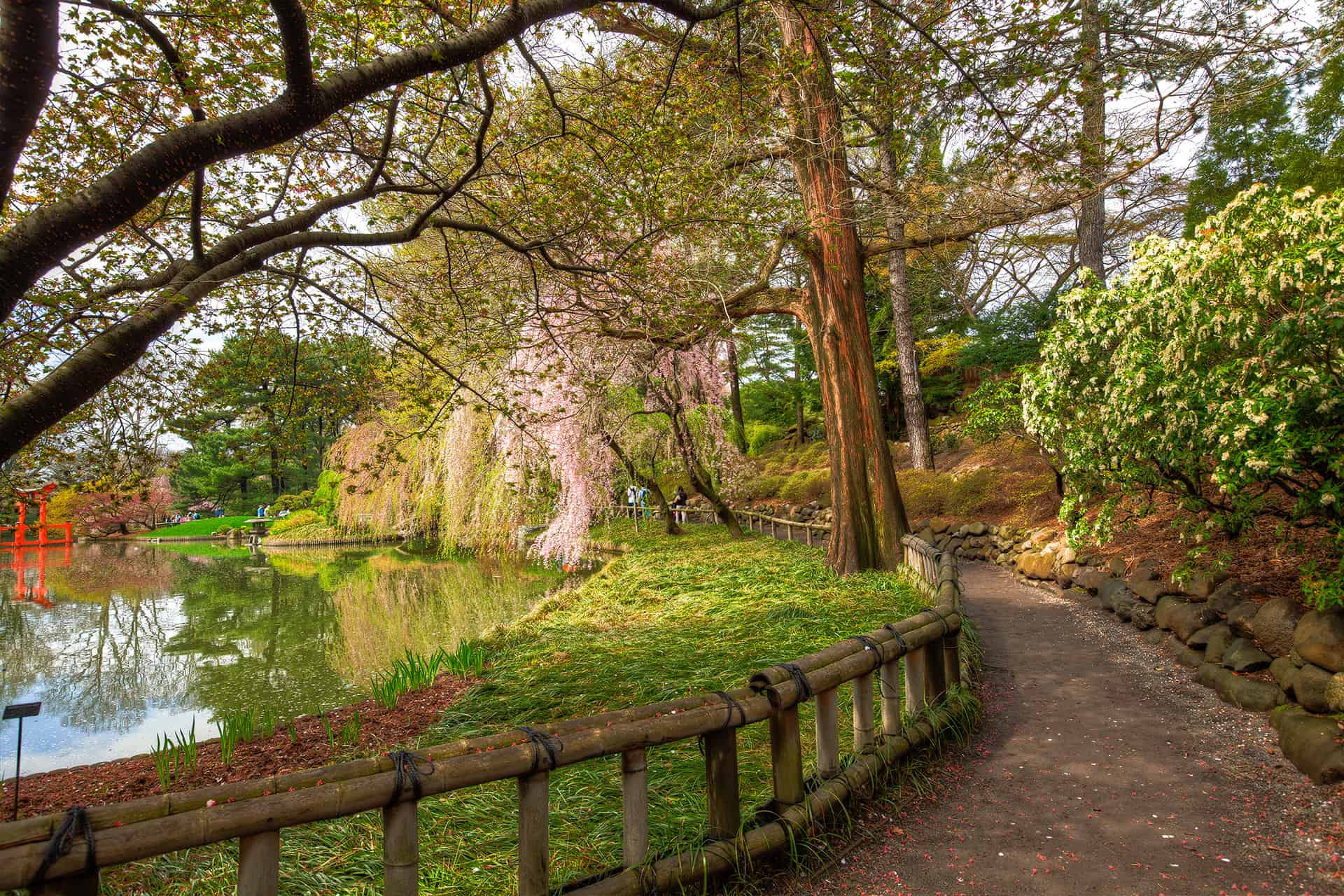 You may be surprised to learn that one of the most beautiful gardens in the world, the New York Botanical Garden, is located in the heart of the Bronx. It is a beautiful place to visit in any season and is definitely one of the must-see when visiting the borough. Just by itself, it is well worth a visit to the Bronx.

The garden was created by botanist Nathaniel Lord Britton and opened in 1891. It is largely inspired by the Royal Botanical Gardens of Kew, located near London.

A total of 27 different areas were created within the garden, some outdoors and some in greenhouses. There is an amazing variety of flowers, plants and trees – hundreds of thousands of species can be found in the paths and greenhouses of this garden, which will delight adults and children alike. There are plenty of family activities on offer, including a vegetable garden and fun cooking with local produce.

One of the New York Botanical Garden's most popular areas is the Peggy Rockefeller Rose Garden, where you can see nearly 700 varieties of roses from May to October. In addition to all these different gardens, there is a place to eat and take a break, as well as a very nice shop selling plants, decorative items and books on botany.

CLICK HERE FOR AVAILABILITY AND PRICES TO DISCOVER THE GARDEN

The Bronx Zoo is the largest zoological park in the United States. This must-see site in the Bronx will allow you to spend a very interesting day, discovering a wide variety of animals such as tigers, lions, monkeys, bears, bison and giraffes – all of which live in large enclosures designed to reproduce their natural environments as closely as possible. 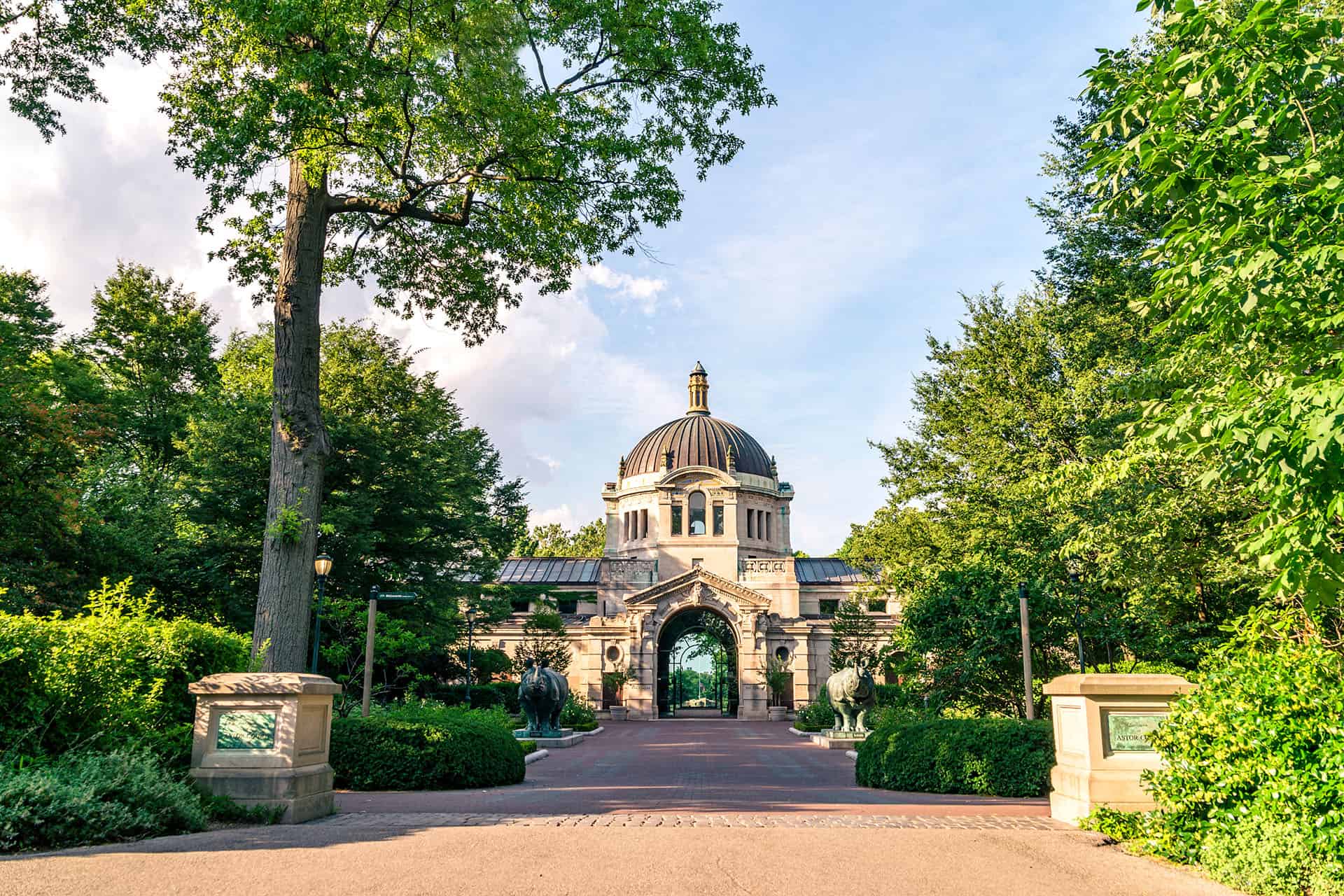 The Bronx Zoo is a must-see for the whole family. In addition to admiring many animals, you will also discover exhibits and be able to participate in educational and fun activities to learn more about many species. You can also see some shows (such as the Bug Carousel), feed the sea lions and penguins, and even take a short camel ride. The Wild Asia Monorail can also take you on a 30-minute safari to see the wild animals of Asia.

At certain times of the year (during long weekends, school holidays, ...), the place is very appreciated by locals and tourists. I can only recommend you to book your tickets in advance to be sure to be able to go there on the day you want.

The ticket sold on the internet is complete and will give you: 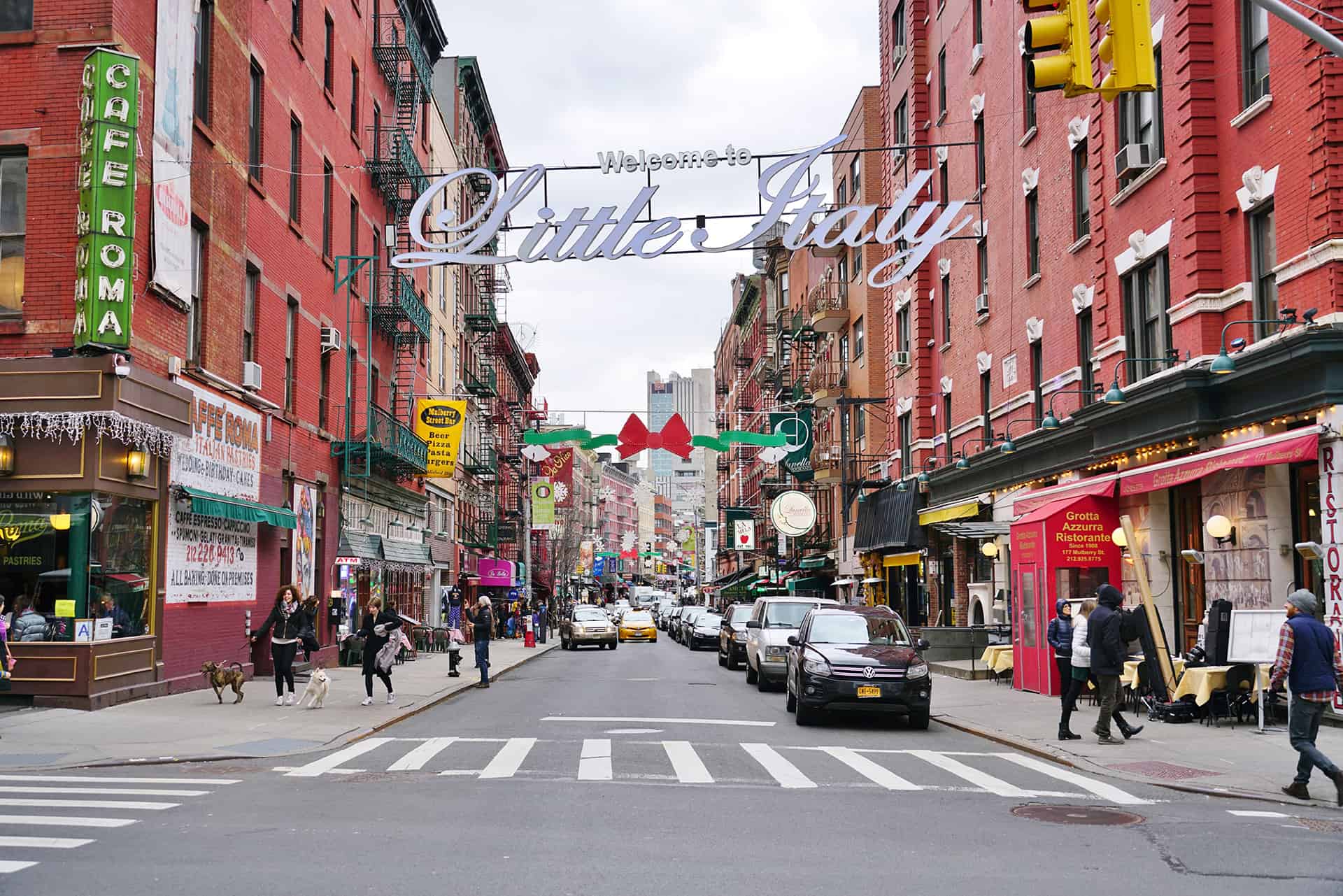 There is a neighbourhood in New York called Little Italy in the borough of Manhattan. But while a very nice place to visit, it's also a neighbourhood that is increasingly giving way to Chinatown, and is now just a handful of streets filled with Italian restaurants, cafes and bakeries. If you really want to experience the authentic Little Italy of New York, the Bronx is the place to go.

The neighbourhood is located around Arthur Avenue and East 187th Street. In its streets, you can enjoy a special atmosphere and discover pizzerias, restaurants, small shops and boutiques that are much more typical than those in Manhattan.

Little Italy is a place that perfectly represents the image of the Bronx, as immortalised by Robert De Niro in his film “A Bronx Tale”. Today, it is a particularly peaceful and safe neighbourhood where you can sit on a terrace and enjoy one of the best coffees in New York.

If you are in New York during the most popular Italian holidays, such as Ferragosto (August 15), you will experience an even warmer and more authentic atmosphere.

And this is the end of this article! I hope you learned a lot about this still somewhat infamous borough, and that I managed to reassure you about its safety. Of course, as in any borough in the world, some places are not very safe – but all the ones I presented here would truly make for an amazing day of discoveries! If you've already been there, don't hesitate to share your experience in the comments – I would be interested to know your opinion on the borough, and so would the readers, I'm sure! 😄