WHAT TO SEE AND DO IN MANHATTAN'S UNION SQUARE ?

Located in lower Manhattan at the intersection of Broadway and Park Avenue, Union Square is arguably the most famous intersection in New York City after Times Square. With its park, its monuments and the many shops and restaurants in the area, Union Square is a place not to be missed if you are visiting New York for 5 days or more.

WHAT TO DO AND SEE IN UNION SQUARE? 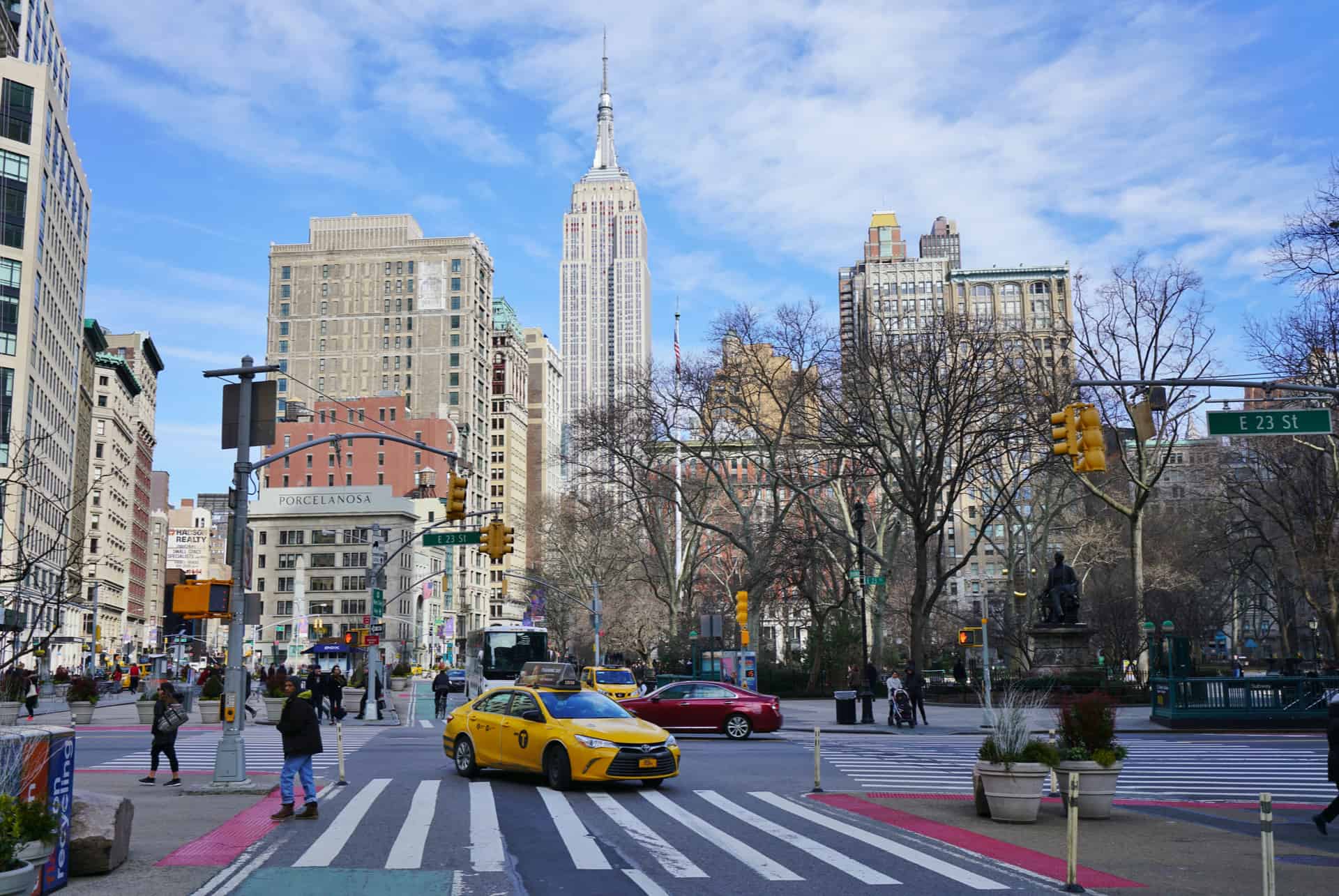 Union Square is one of the most central places in New York City. This park, inaugurated in 1839, has occupied an important place in the history of the city and even the country. It was notably here that in 1861, during the Civil War, a large gathering of patriots took place. Since then, many political and religious events have occurred in Union Square, on many occasions.

Today, Union Square is a pedestrian plaza that is best known for the park at its centre, Union Square Park. This park is one of the most pleasant places to relax in if you are visiting Manhattan. It attracts many street performers, and you will be able to see several monuments such as an equestrian statue of George Washington as well as statues of Gandhi, Lafayette and Abraham Lincoln.

Tip: you can explore Union Square and other major Manhattan landmarks by taking the Big Bus and getting off at any stop you like!

CLICK HERE FOR MORE INFORMATION ON THE BIG BUS TOUR

The park also has a large children's playground (Evelyn's Playground) and a popular open air market. 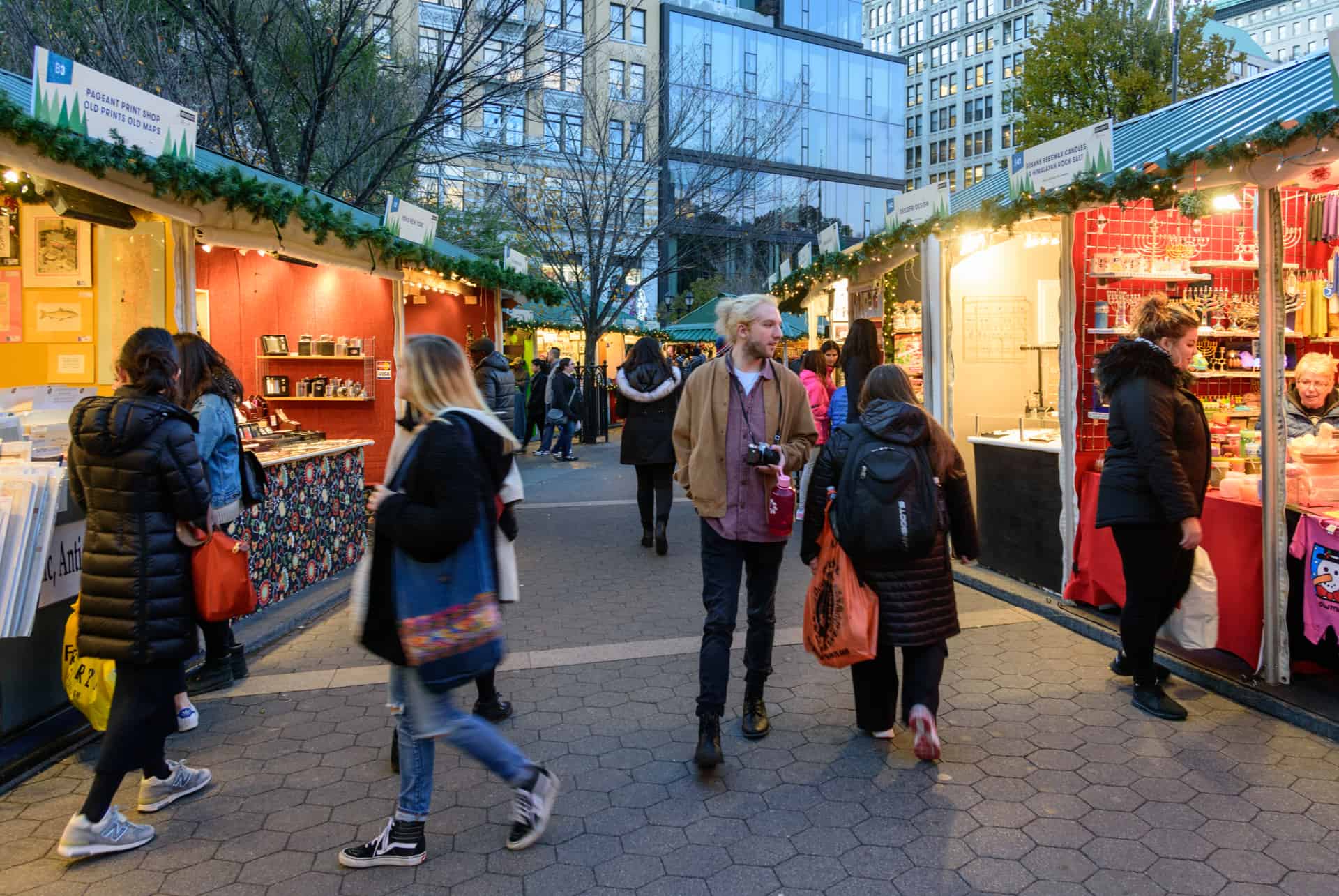 Around Union Square, you will find many of New York's most important streets with numerous brand name shops, but also a large number of restaurants offering a wide variety of cuisines.

HOW TO GET TO UNION SQUARE? 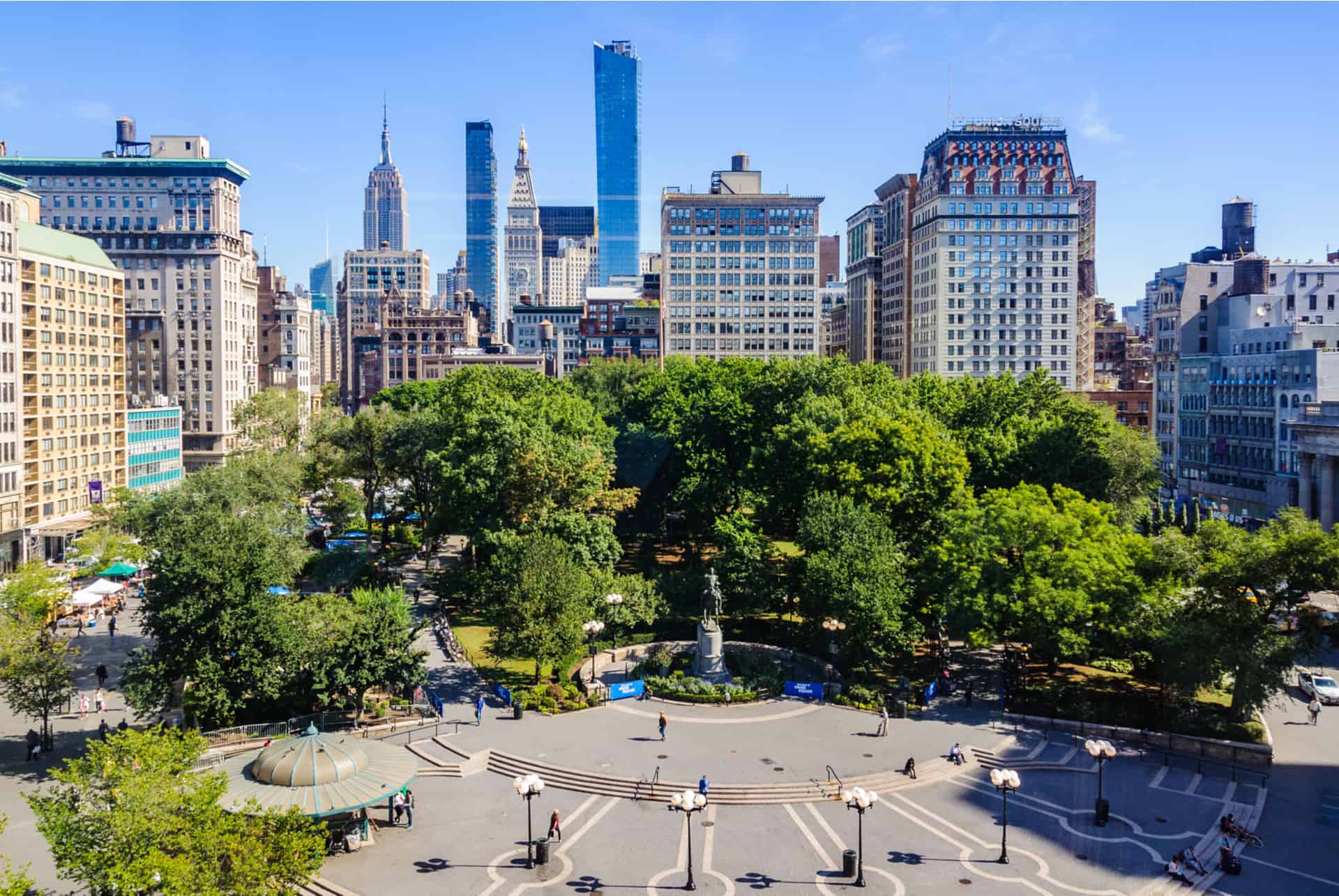 To get to this iconic Manhattan intersection, you can take the underground on lines 4, 5, 6, L, N, Q, R and W, then simply get off at the 14th St. — Union Square Station.
The intersection is also accessible by bus with lines M1, M2 et M3.

I hope you enjoyed this article! If you have any questions, don't hesitate to ask me in the comments 😉

And if you are planning your own trip to New York, I recommend reading my article where to sleep in New York – in it, I share with you the best addresses I know and which neighbourhoods are best for a stay in Manhattan. Don't hesitate to also read my article about the New York CityPass, especially if it's your first trip to the Big Apple. You will most certainly want to discover the city through various activities and visits, and that pass can simplify the process and save you money on your visits! 😄