WHAT TO DO IN NEW YORK IN AUGUST?

New York is an incredible city that can be visited all year round, and many tourists decide to go during the summer. But what does the city really look like in the middle of August? What is the weather like in New York in August? What to do in the city during that month? What is the budget? What are the big New York events in August? You'll find the answers to all these questions and more in the following lines 🙂 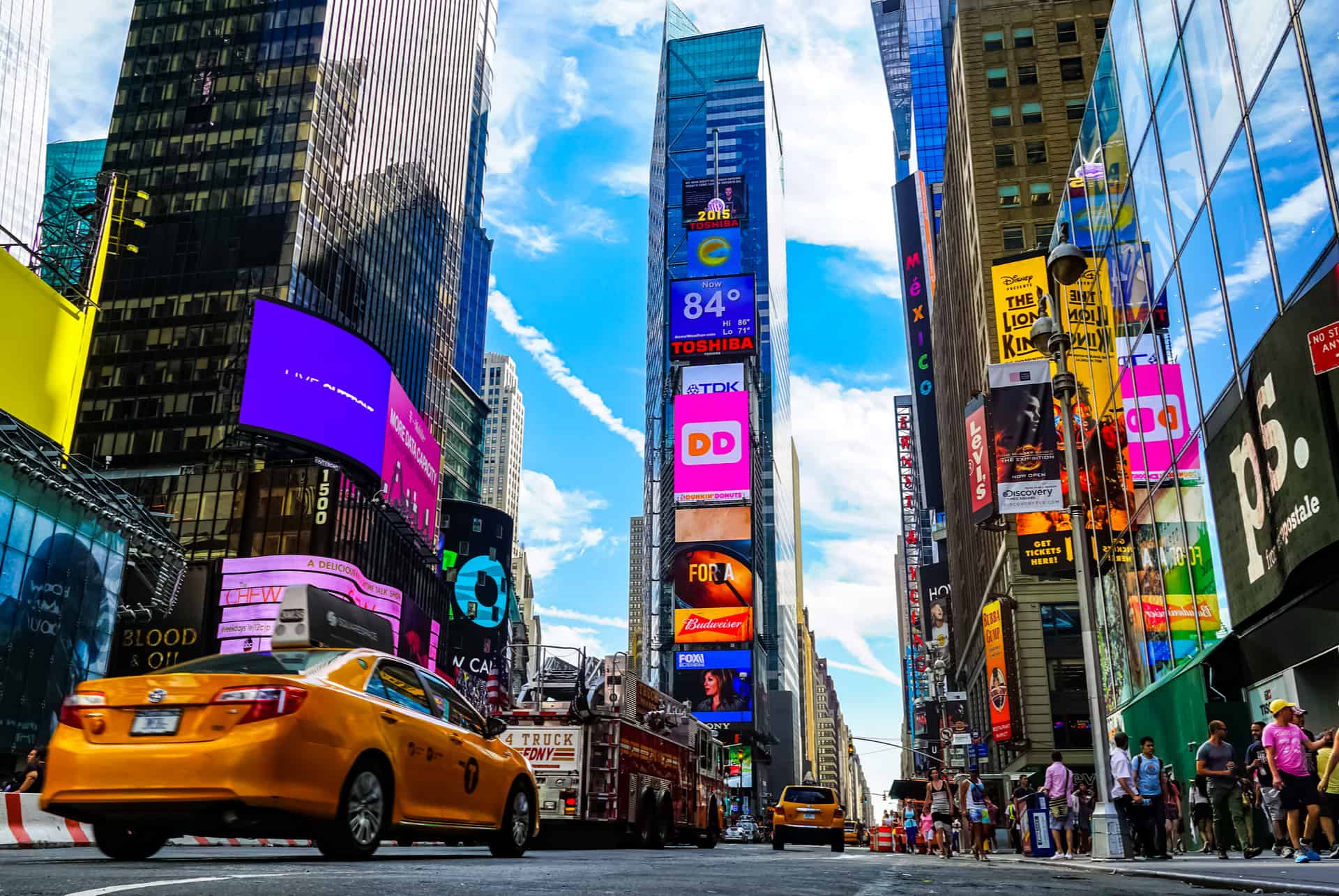 At the height of summer, New York is hot. On average, temperatures vary from 23°C to 29°C during the day. The thermometer even quite regularly exceeds 30°C in the middle of the day. Much like the rest of the year, the weather is relatively wet, with an average of 10 days of rain during the month. But these rainy spells are mostly very short and shouldn't bother you during your visits to the city, especially since New York has no shortage of indoor activities to do on rainy days.

August is the perfect month to go to the beach in New York and swim in the Atlantic Ocean. The water, which is freezing most of the year, can exceed 25°C during August.

There is also plenty of sunshine, with days lasting almost 14 hours on average. The temperatures remain mild in the middle of the night, and you will have no problem spending your mornings and evenings outdoors. All in all, the weather conditions are really favourable for travelling to New York in August.

WHAT TO DO AND SEE IN NEW YORK IN AUGUST?

Before starting to describe the most enjoyable activities in August in New York, it is important to remember that all of New York’s major attractions remain accessible even during the summer holidays.

In August, you will as usual be able to visit the city’s emblematic monuments and museums (the Statue of Liberty, the Brooklyn Bridge, the Met, the Moma...), discover its most famous neighbourhoods (Greenwich Village, SoHo, Tribeca, Wall Street...), attend Broadway musicals, or go to the great panoramic observatories (Top of the Rock, the Summit, the Edge...).

But summer, and especially August, is the perfect time for a lot of outdoor activities and visits.

DO A VARIETY OF ACTIVITIES IN THE CITY'S PARKS 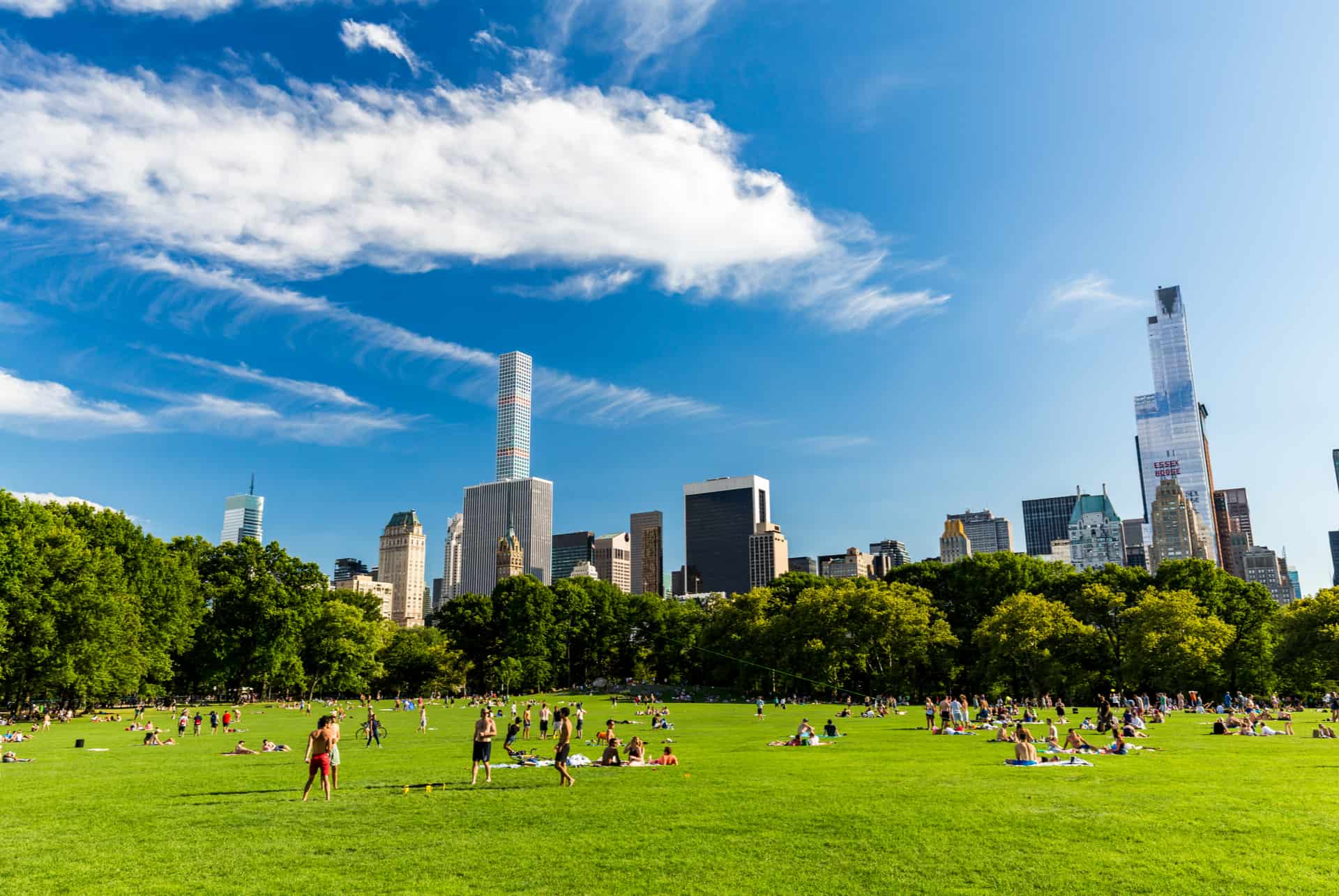 On the hottest days of August, why not cool off and have a great time in one of New York's parks?

The most famous of them is of course Central Park, but other green spaces such as Hudson Square Park, Bryant Park or Brooklyn Bridge Park are also very enjoyable during the summer. You can rent a bike or a rowing boat, or just relax in the shade and enjoy a nice picnic.

Many other activities are also organised in these parks, such as yoga or fitness classes, chess or backgammon games – and you may even join some of them for free.

If you want to discover the city’s main sites during your trip to New York, I recommend the New York City Pass. With this tourist pass, you will enjoy many benefits throughout your stay, including the access to 5 main tourist sites. You will even be able to pick the activities you prefer (2 fixed activities + 3 activities you can select) 🙂

ENJOYING THE BEACHES OF NEW YORK

New York is not like Los Angeles or Miami, where beaches can be enjoyed almost all year round. But if there is a time when swimming in the sea is possible in New York, it is during the month of August! In all, New York has more than 20 km of sandy beaches, not to mention the presence of other equally beautiful beaches nearby, in New Jersey. Here are some of the beaches where you can go to sunbathe and swim in the Atlantic Ocean:

SEE A BASEBALL GAME IN NEW YORK IN AUGUST 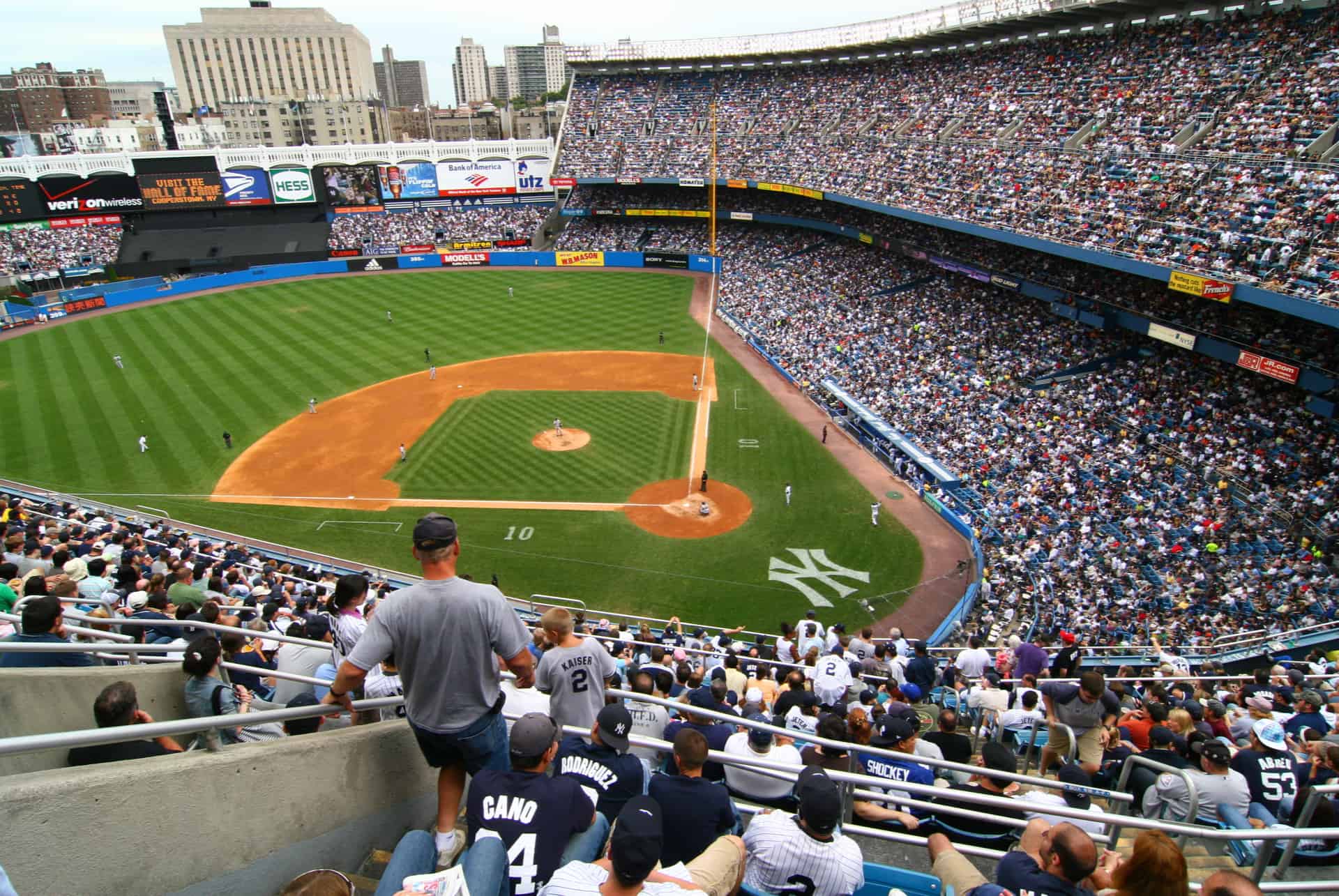 There are no NBA, NHL or NFL games in August, but that doesn't mean you won't be able to see some great matches during your stay in New York at this time of year. The MLB regular season is in full swing in July, and you'll be able to catch some exciting baseball games at the Yankee Stadium – home to the Yankees, New Yorkers’ favourite team.

Baseball is not a widely followed sport in Europe, but attending a game in New York is a unique experience that is sure to leave you with fond memories, even if you are not a specialist. In the Yankee Stadium, you will really feel the city's passion for the sport.

If you haven’t decided yet where to stay in New York during your trip, I recommend the Irving Manor, located in the Harlem district. It is probably one of the nicest and most affordable accommodations you will find in the city. It's also very close to the underground station, and it will take about 20 minutes only to get to the centre. On top of that, there are many restaurants in the area. Expect prices around £120 for one night 🙂

Every year, this major Grand Slam tournament takes place in New York between the end of August and the start of September. The US Open brings together all the world's greatest tennis players in Flushing Meadows-Corona Park, for 2 weeks of competitions. 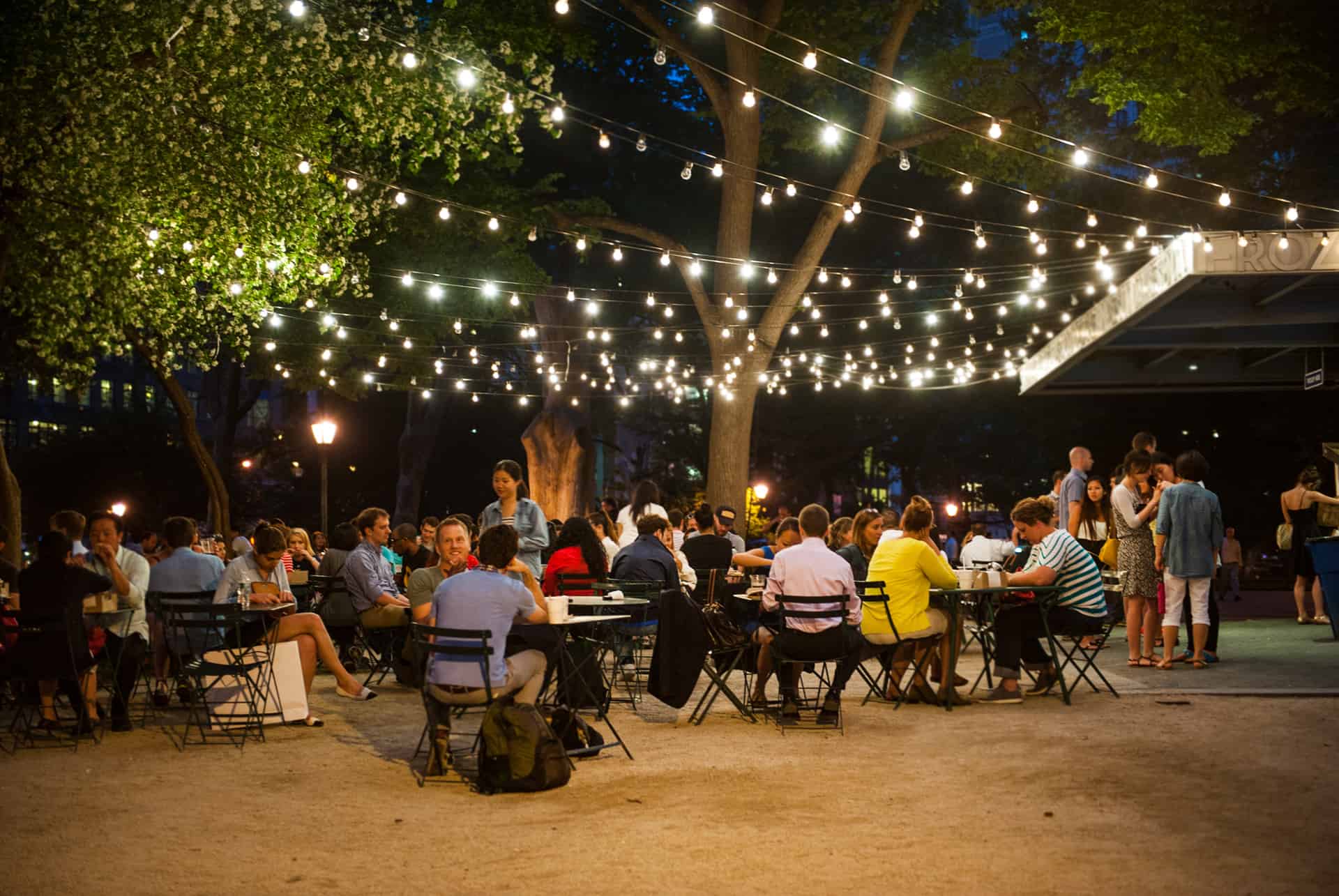 Twice a year (once in winter and once in summer), it's possible to indulge in some of New York's best restaurants without making a huge dent in your budget. The summer edition of the New York City Restaurant Week is usually held in July or August, and actually lasts much longer than a week.

During this event, all menus at participating restaurants are at a fixed price. This means that you can have lunch or dinner at these restaurants for between $29 and $59 – which may seem expensive, but is actually much lower than the prices these restaurants normally charge.

Harlem Week is an annual celebration of African-American, Hispanic, European and Caribbean history and culture. The week-long event celebrates the heritage of New York's iconic neighbourhood with concerts, dance performances and street performers.

In Manhattan, and on three consecutive Saturdays, an entire stretch of the island going from the Brooklyn Bridge to Central Park becomes entirely pedestrianised during the month of August. During Summer Streets, , the streets are closed to traffic usually from 7 a.m. to 1 p.m., and many activities are organised such as concerts, dance contests, jogging or mini-golf courses.

GOING TO NEW YORK IN AUGUST: THE PROS AND CONS 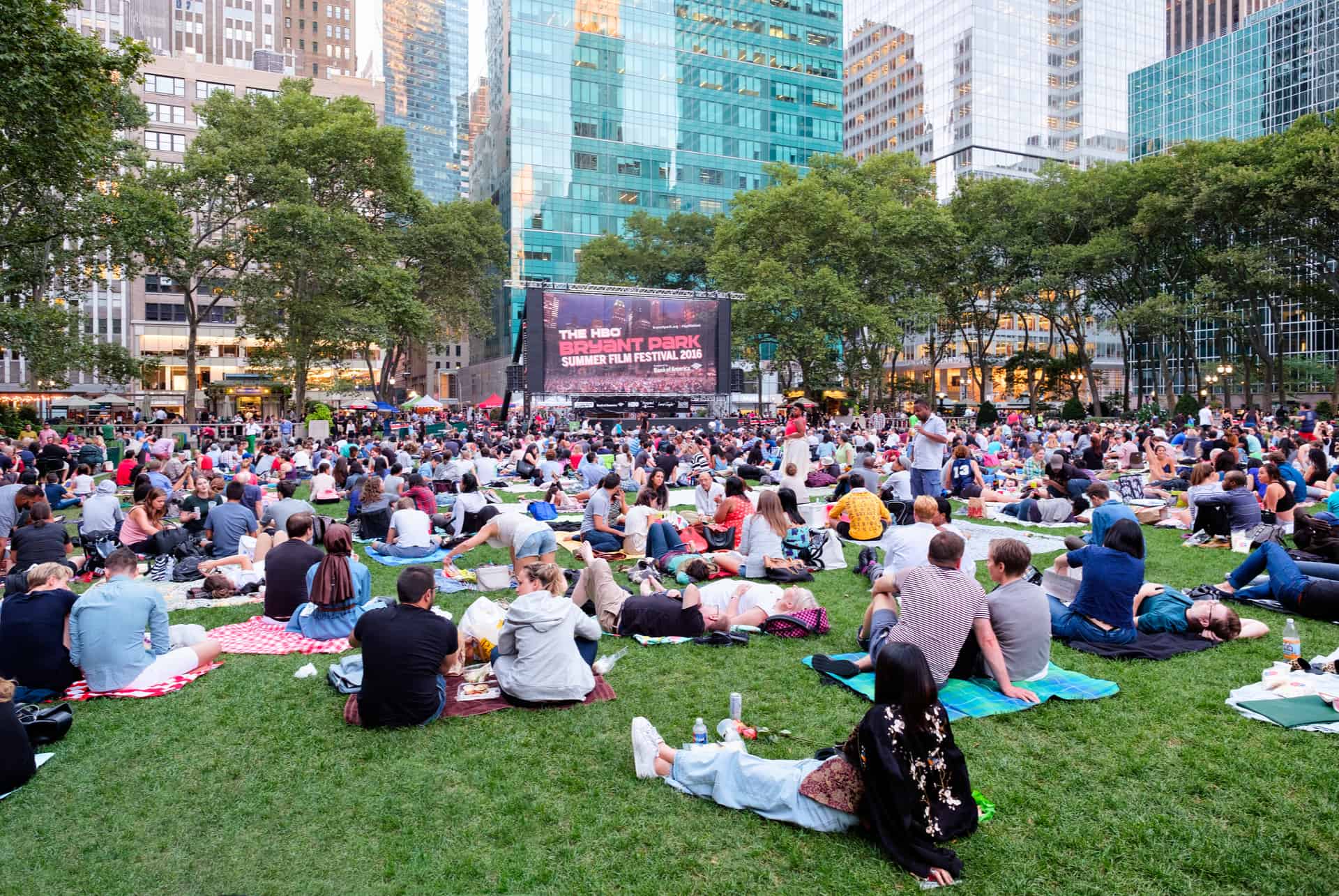 To summarise, here are some of the advantages and disadvantages of travelling to New York in July. There are mainly two big disadvantages that might deter people who want to visit the city during that month:

And here's the end of this article! Hope that gave you an idea of what to expect during the month of August. If you are still unsure about the best time for your trip, you can compare with other months. Check out my article New York in September for example!

Or for any other month of the year... Just type the month of your choice in the search bar and you will find the relevant article! 😉