WHAT TO DO IN NEW YORK IN SEPTEMBER?

You plan to go on holiday in September, but you are not sure New York is a good destination at this time of the year? Search no further, you're on the right page! Climate, tourist numbers, major events, activities... In this post, you will find all the information you need to prepare your visit to New York in September.

THE WEATHER IN NEW YORK IN SEPTEMBER 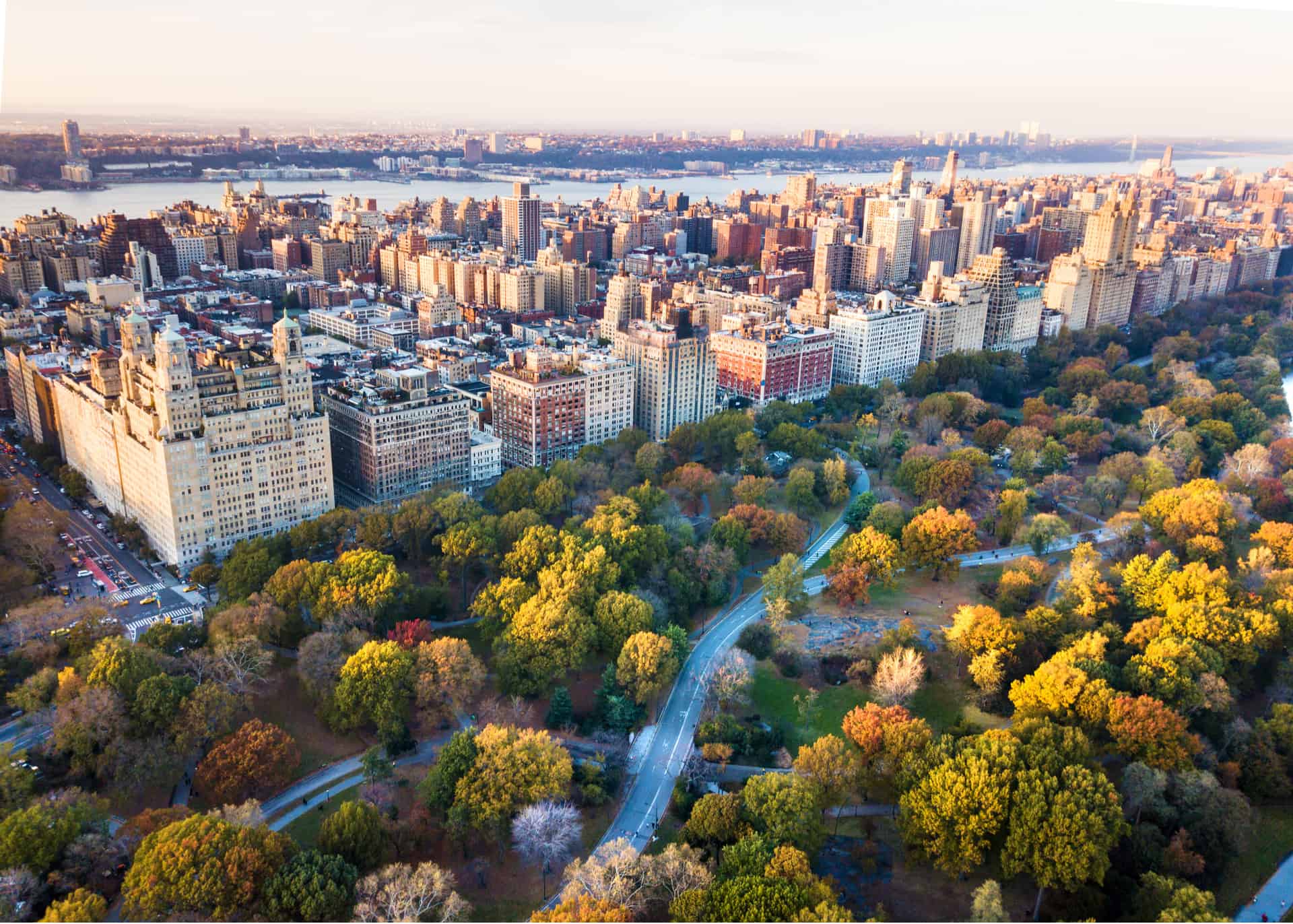 Let's face it, weather-wise, September is one of the best times to travel to New York. During September in New York, the weather is milder than in the middle of summer, and therefore even more pleasant.

July and August, the hottest and wettest months of the year, have passed, and the weather is often perfect for lots of outdoor sightseeing. On a typical September day in New York City, average temperatures range from 17°C to 26°C.

As for rainfall, it rains on average 7 days during September – which is already a lot less than in the middle of summer. As a rule, there is plenty of sunshine and the days last just over 12 hours.

WHAT TO DO IN NEW YORK IN SEPTEMBER?

Before I reveal the activities and events that take place during the month of September, here is a quick overview of all the major attractions that are must-do activities if you plan to visit New York in 5 days or more – and that are available no matter what time of the year:

CLICK HERE TO SEE MORE THINGS TO DO IN NEW YORK

In addition to all these must-see sights, if you find yourself visiting New York in September, know that you can also take part in a few festivities and big events that are only held once or twice a year. 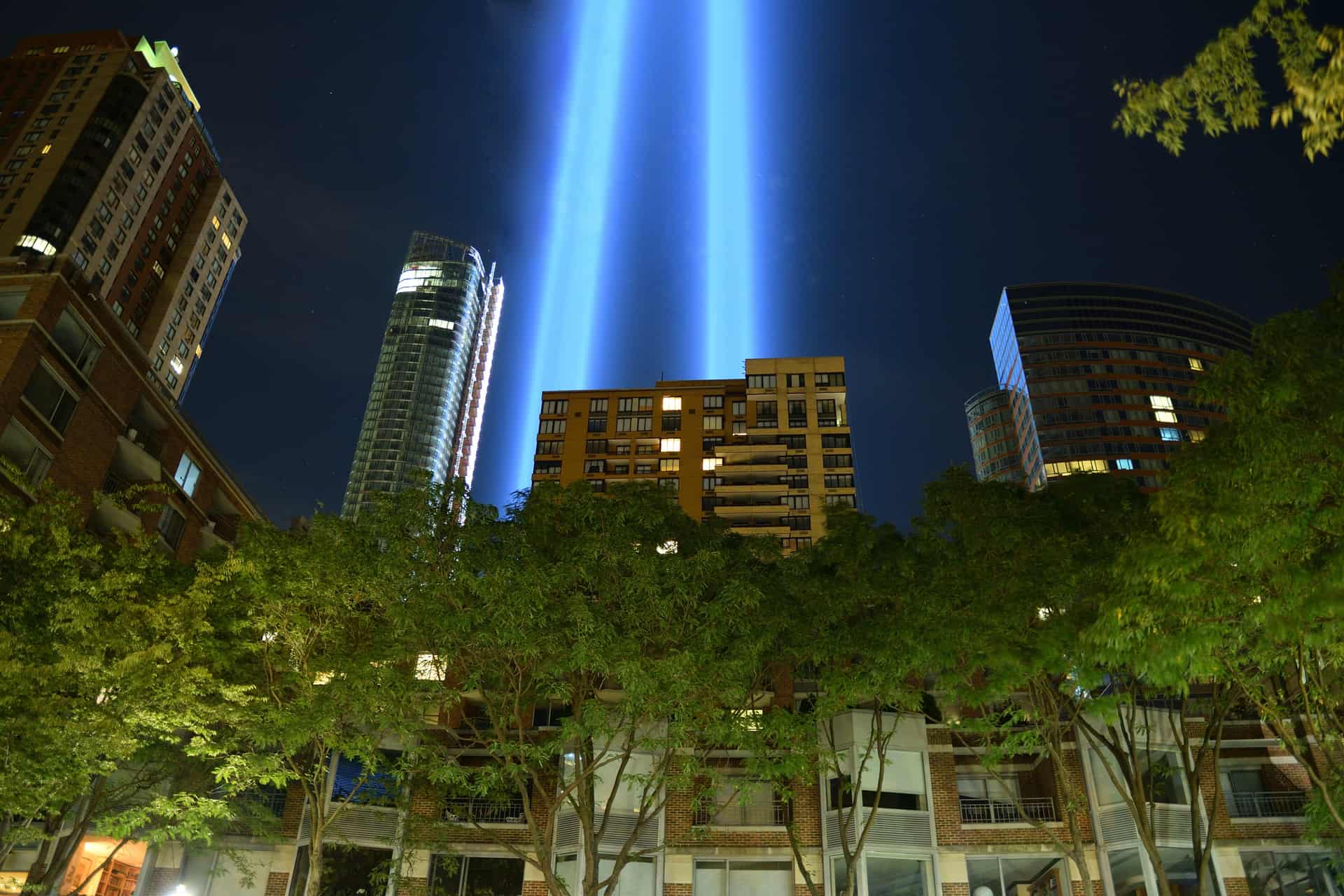 Every year on the 11th of September, New Yorkers, like all Americans, commemorate the anniversary of the terrorist attacks that hit the city on that date in 2001, killing an estimated 3,000 people. At the scene of the attacks, political families and politicians gather to pay tribute to the memory of the victims. In the evenings, during the "tribute of light", two huge columns of blue light are projected into the sky on the exact same spot where the twin towers of the World Trade Center once stood. You can also visit the 9/11 museum.

Don't forget to purchase a New York City Pass if you wish to discover the city’s highlights during your trip to New York. With this tourist pass, you will have access to 5 must-see tourist spots at an advantageous price. What's more, you'll be able to choose some of the activities offered (2 fixed activities + 3 activities you can select among a list) 🙂

THE FEAST OF SAN GENNARO

These festivities are held around mid-September in Little Italy and last 11 days. This festival has been celebrated for almost a century in New York, and still draws crowds to this day.

San Gennaro is a large celebration of religious origin that was established in 1926 by Neapolitan immigrants to commemorate St. Januarius, the patron saint of Naples. Many festive activities are organised, and it is the perfect occasion to taste the Italian specialities sold along Mulberry Street. There are also traditional music concerts and cooking demonstrations – including a great pizza contest. 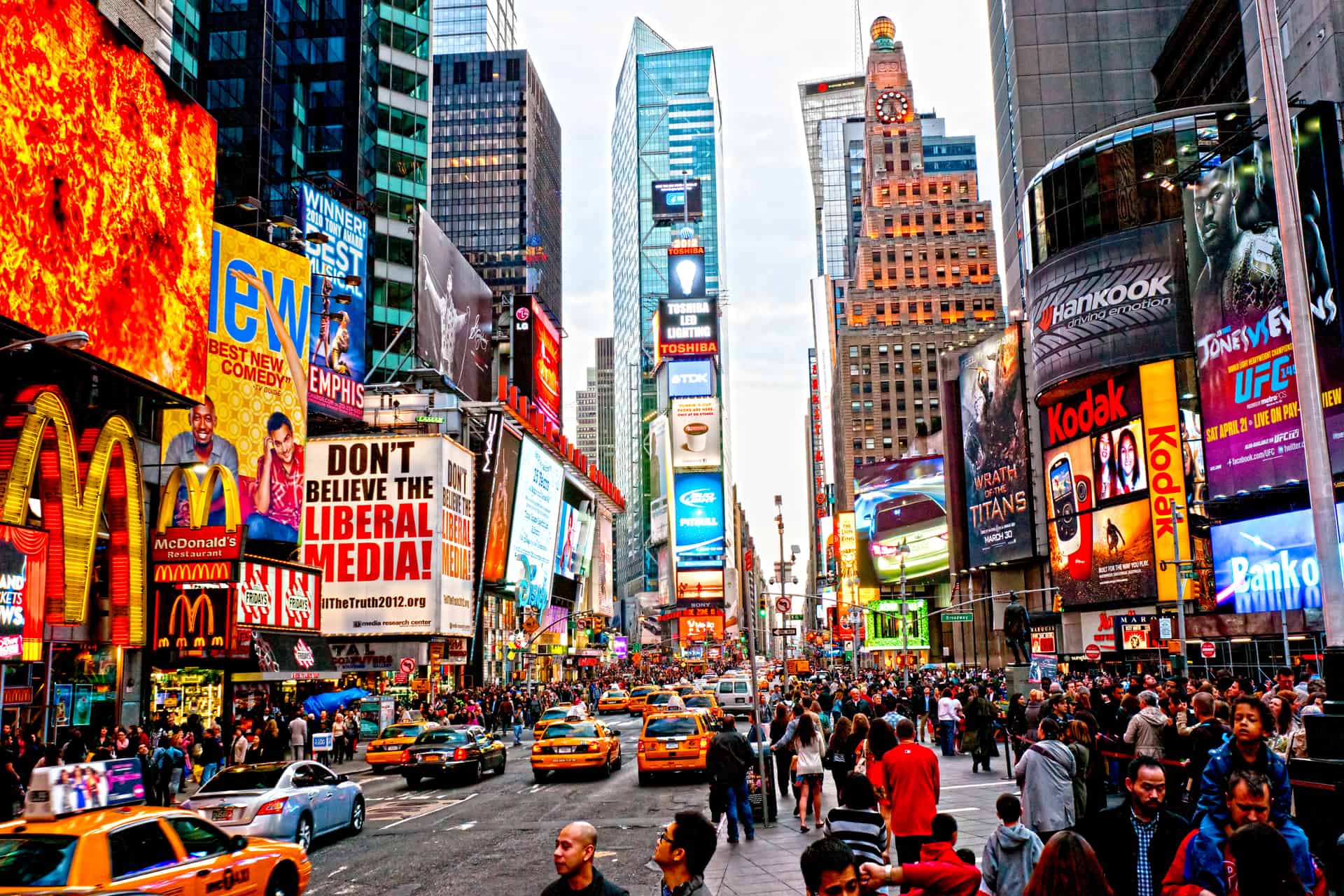 New York is one of the best shopping destinations in the world, and this is even more true during the month of September. To celebrate Labour Day, a  very large number of shops hold often very interesting sales.

Clothes, jewellery, shoes, fashion accessories... Usually, all the items that were not sold during the summer are sold off during Labour Day sales. Labour Day is on September 5th – but the sales usually start a few days before.

New York Fashion Week is one of the biggest events in the fashion world, and is held twice a year. The week takes place once in February and again in September.

During this event, which echoes the London, Milan and Paris fashion weeks, the greatest designers such as Ralph Lauren, Diane Von Furstenberg, Michael Kors and many others come to present their new creations during numerous ready-to-wear and haute couture shows. 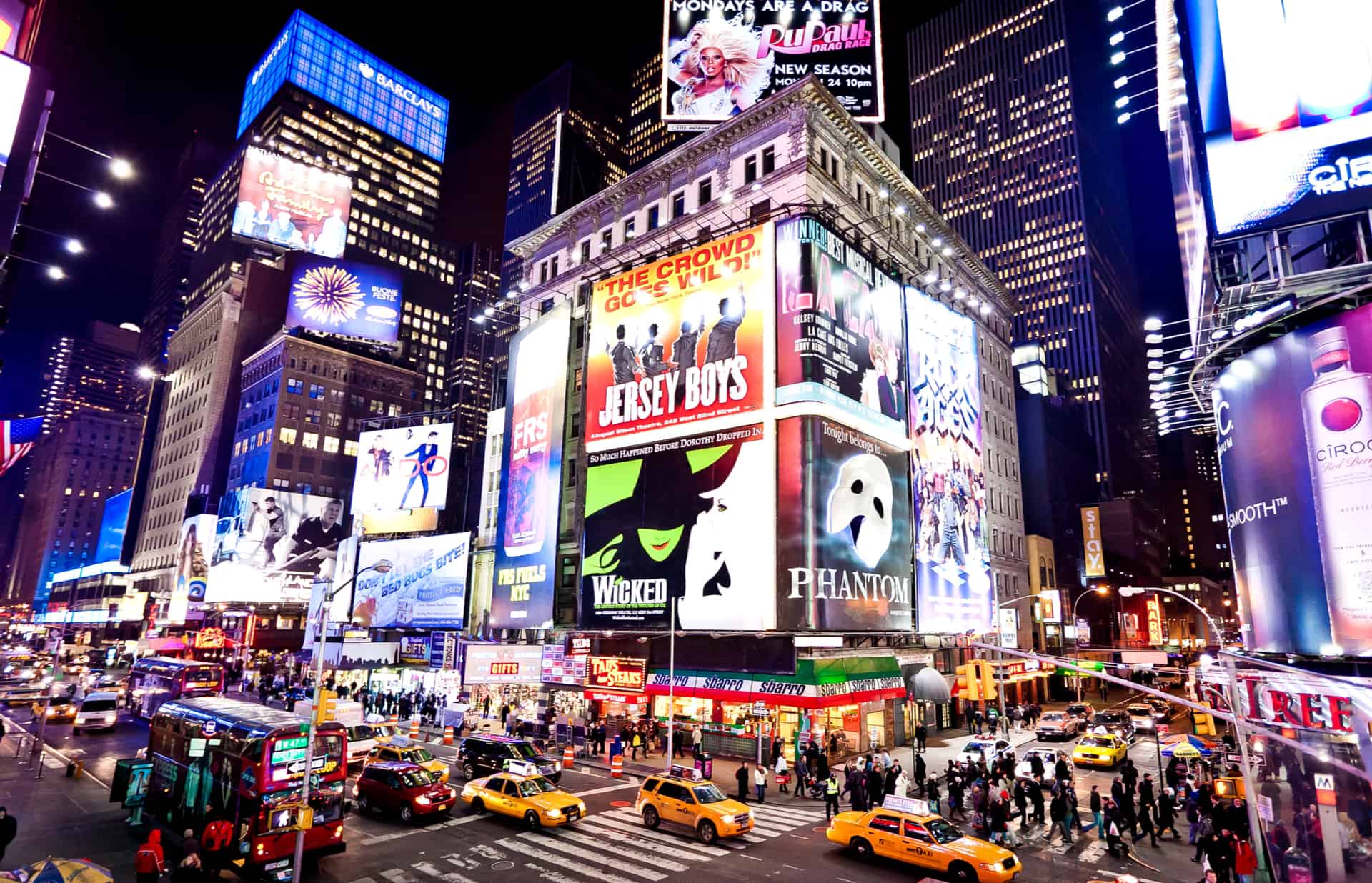 September is therefore the perfect time to attend a show or a musical at one of the great Broadway theatres.

In Greenwich Village, you can enjoy a unique outdoor art exhibit. During the Washington Square Outdoor Art Exhibit, which usually takes place on Labor Day weekend and the following weekend, the small streets around Washington Square Park  are transformed into art galleries. You will be able to admire the works of many artists from New York City and around the world. Photography, painting, sculpture, jewellery, glass and ceramics... Many art forms are featured during this event.

GOOD REASONS TO GO TO NEW YORK IN SEPTEMBER 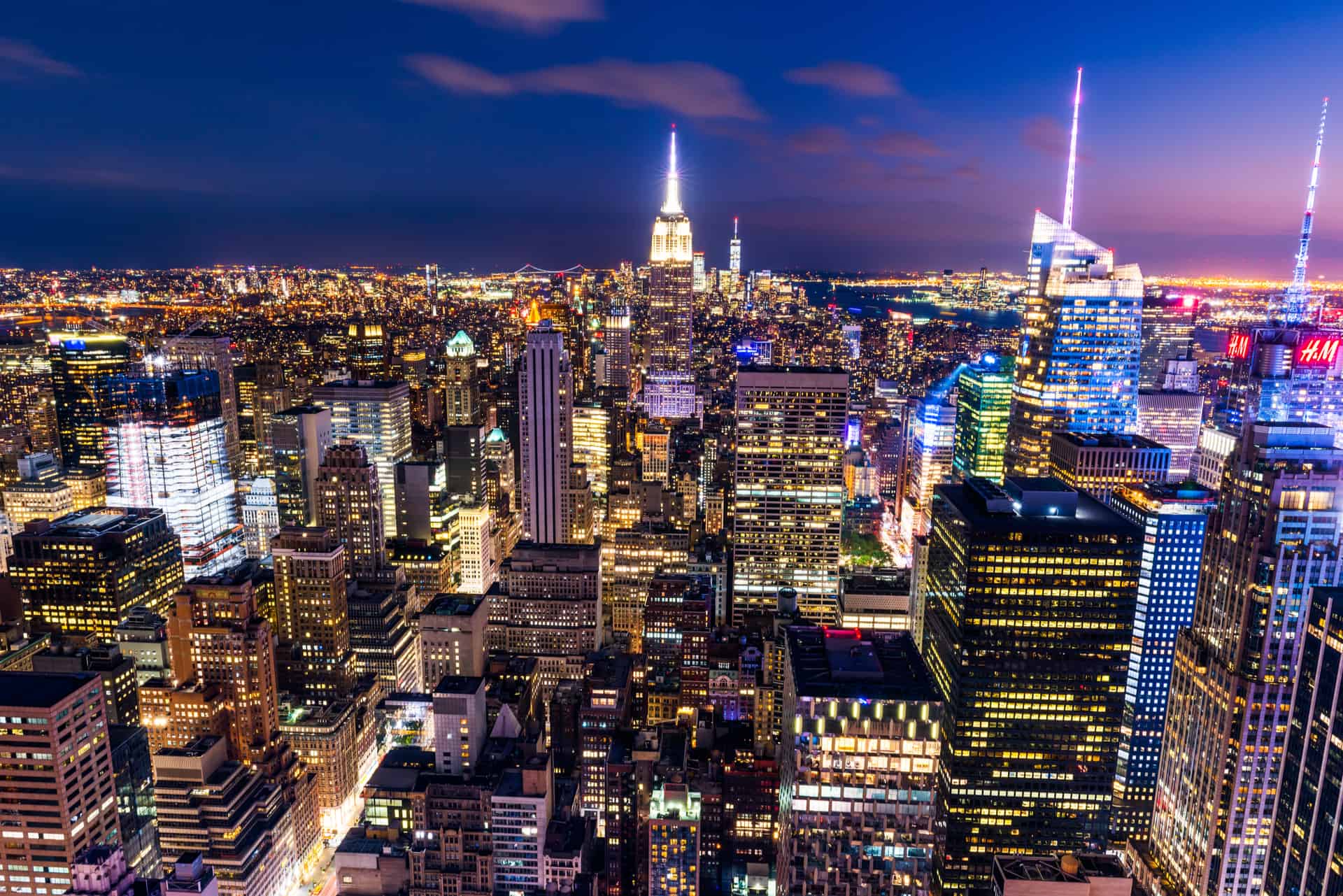 To conclude this post, here is a small summary of all the good reasons why September is one of the most pleasant periods to go to New York:

I hope you enjoyed this article and were able to find the answer to any question you had! 😄 And if you decide you would rather go on your trip a bit later, don’t hesitate to read my article New York in Octobre 😉