WHAT TO DO IN NEW YORK IN OCTOBER?

You wish to go to New York in October? New York is a city that can be visited all year round, but there is so much to see and do that it is always difficult to find the best time to travel. So, is October a good time to visit New York? In this short guide, I explain everything: the NYC weather in October, how busy it is and much more – perfect if you don't know yet what to do in New York in October. Let’s go! 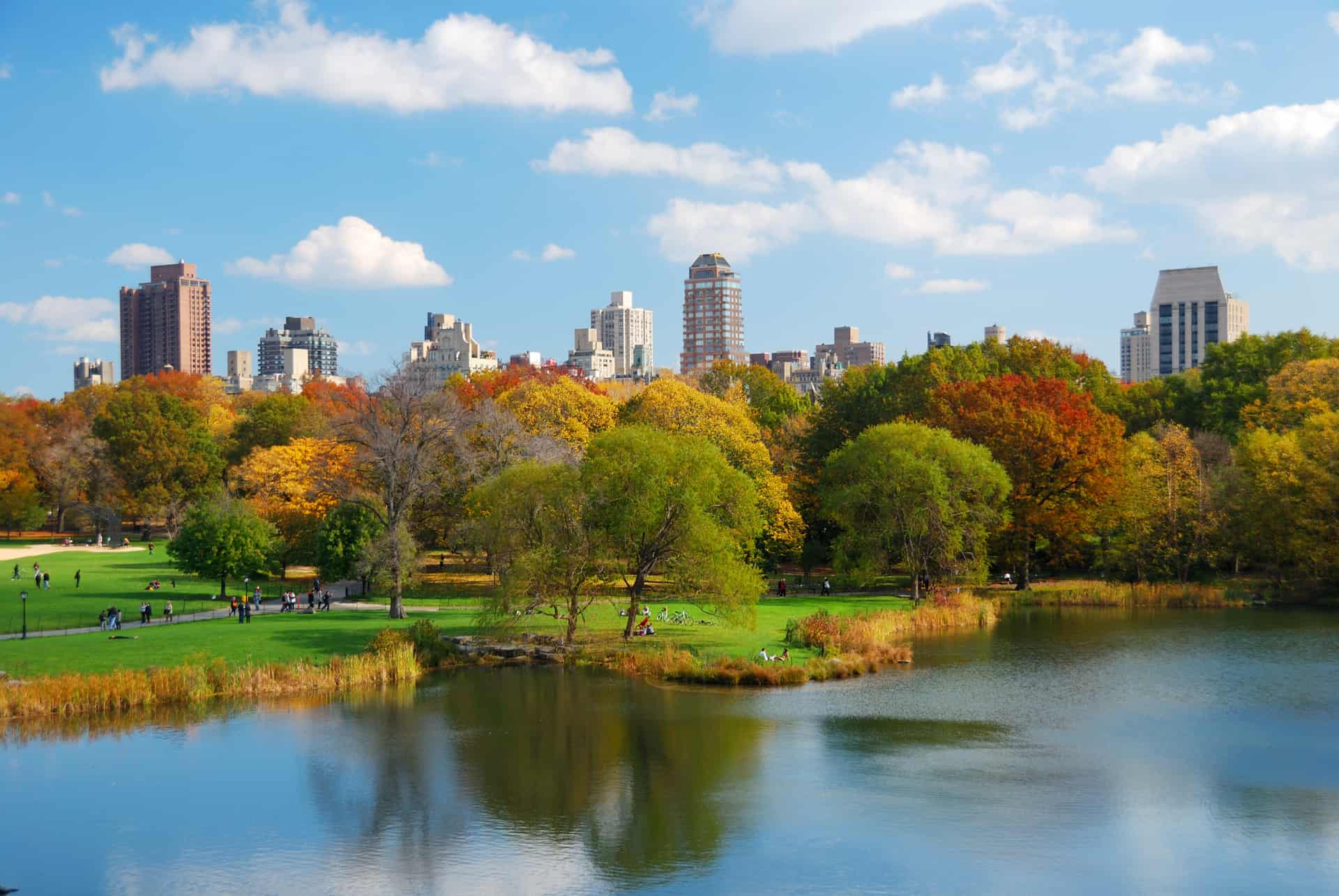 October is a transition period between summer and autumn. During this time of year, even though the mornings and evenings have already cooled down in NYC, the thermometer still regularly exceeds 20°C at the height of the day. On average, temperatures range from 11°C to 20°C during the day.

At the beginning of the month, the days are still quite long and sunny. As the days pass though, the weather becomes cooler, especially in the mornings and evenings. You will need to pack a few jumpers, but all in all the temperatures will never be low enough to dissuade you from going outside to discover this beautiful city.

I also recommend taking an umbrella. Indeed, it rains quite often – as it does all year round in New York anyways – with an average of 7 days of rain a month in October. Fortunately, these showers never last very long and the rain will not spoil your stay. Overall, the city's weather conditions are favourable, although not as good as they are in New York in September, for example.

WHAT TO DO AND SEE IN NEW YORK IN OCTOBER?

Pretty much everything that’s available during the rest of the year – but with some advantages! As such, during the month of October in New York, you'll be able to do all the must-do activities but with more peace and quiet, for there will be less tourists. You can for example:

DISCOVERING THE CITY'S PARKS DURING THE AUTUMN

If there's one thing I recommend you do, it's to explore as many of New York's parks as possible during your stay. In October, the trees still have most of their leaves, but they will have turned a thousand shades of red and gold, and will keep changing as the month goes.

It often makes for a truly beautiful sight, and the first few weeks of autumn may even be the best time of the year to discover or rediscover Central Park, Hudson River Park, Prospect Park and The High Line Park, among others.

For me, one of the most pleasant ways to discover these parks is to rent a bike, but if your budget allows it, you can also take advantage of the New York autumn show by taking a helicopter flight over Manhattan.

During your trip to New York, you will surely want to visit as many must-see sites as possible and do all the attractions you can. If so, then I would advise you to opt for the New York City Pass. It is a tourist pass that includes access to 5 of New York’s major tourist sites, but also provides many other advantages. The particularity and strong point of this pass is that you can choose the activities you want to do (2 fixed activities + 3 activities to select among a list) 🙂

GOING TO A SPORTING EVENT 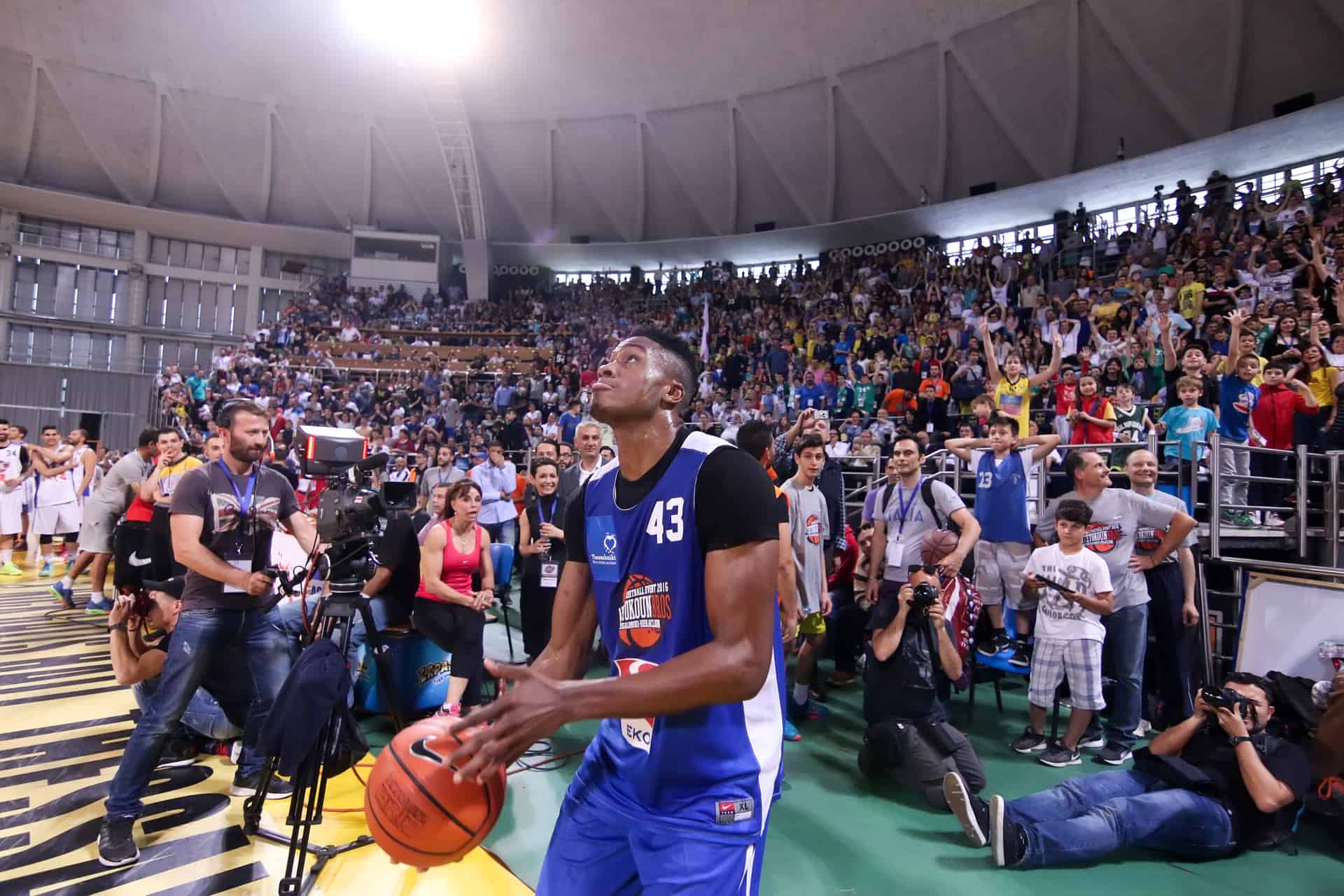 October could be THE best time of the year to catch big games in New York's sports venues and stadiums. Here are all the sports events that take place during this time: 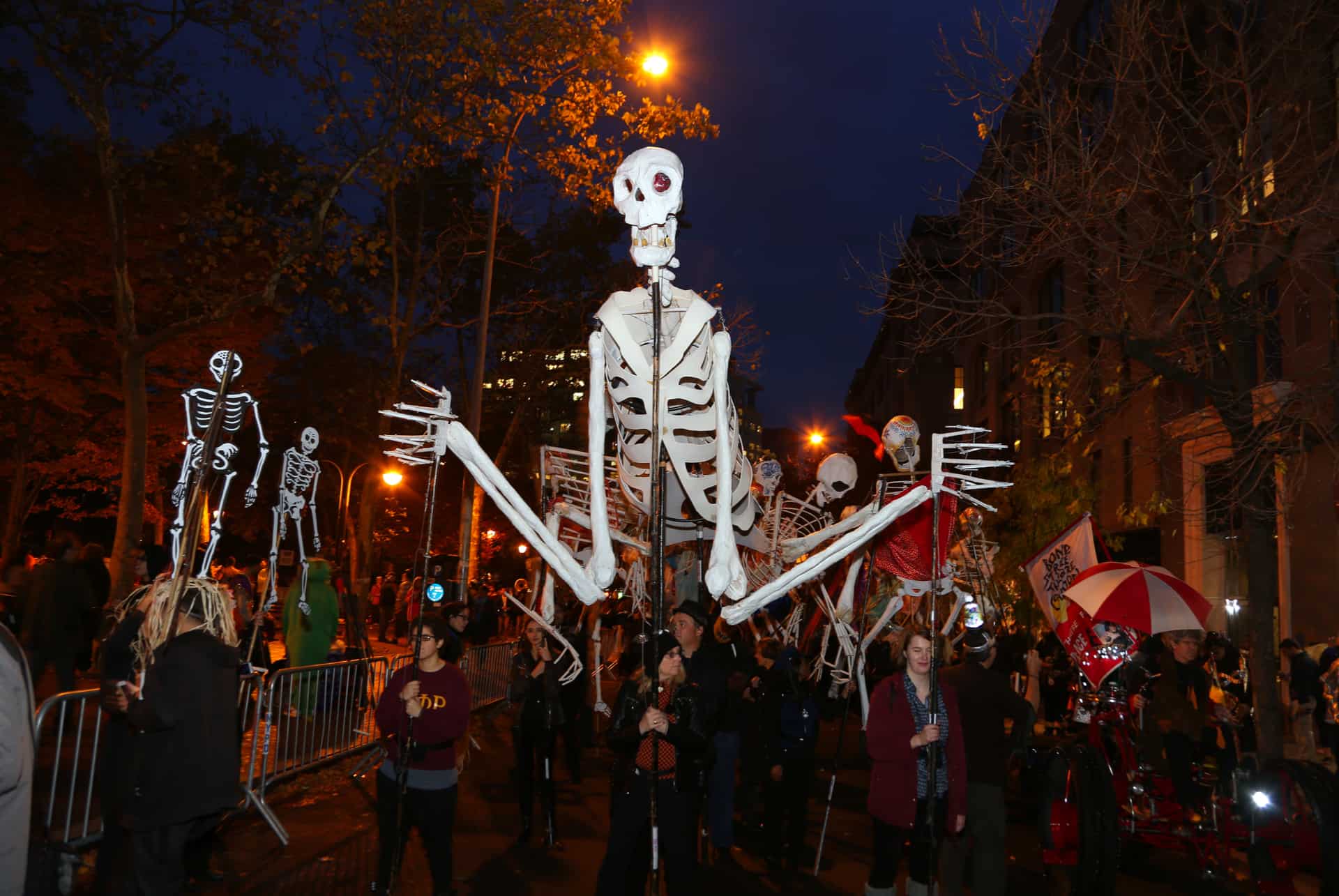 Experiencing Halloween in the United States is bound to leave you with amazing memories. In New York, Halloween is more than just a holiday – it's a real event that everyone looks forward to and celebrates.

On 31 October (but also for a good ten days before that), the whole city is transformed! Pumpkins, bats, witches and skeletons fill the streets of New York, and shop windows are all decorated.

Many clubs and rooftop bars in New York hold costume parties on Halloween night. And if you want to take advantage of the Halloween atmosphere to get a bit of a thrill, I recommend a night tour of Greenwich Village – or, for the more adventurous, a visit to the catacombs of the former St. Patrick's Cathedral… 😉

TO FIND OUT MORE ABOUT THE CATACOMBS, CLICK HERE

The New York Film Festival was founded in 1963 and has been held every year since then in the fall, at the Walter Reade Theater – a large movie theatre in Lincoln Center. It is one of the most renowned film festivals in the world.
The main selection consists of 25 to 30 feature films that are selected to provide a comprehensive view of current cinema. The festival also features experimental cinema, the most anticipated films of the moment, as well as restorations of old films. On top of that, round tables are organised with directors and many other representatives of all the cinema professions.

During this annual event, which is held on a two-day long weekend in October, visitors are allowed free access to some of New York’s buildings. The Open House New York Weekend offers free access to a wide range of buildings, from large modern buildings to industrial buildings, flats and historical monuments. You can find more information about this event on this page. 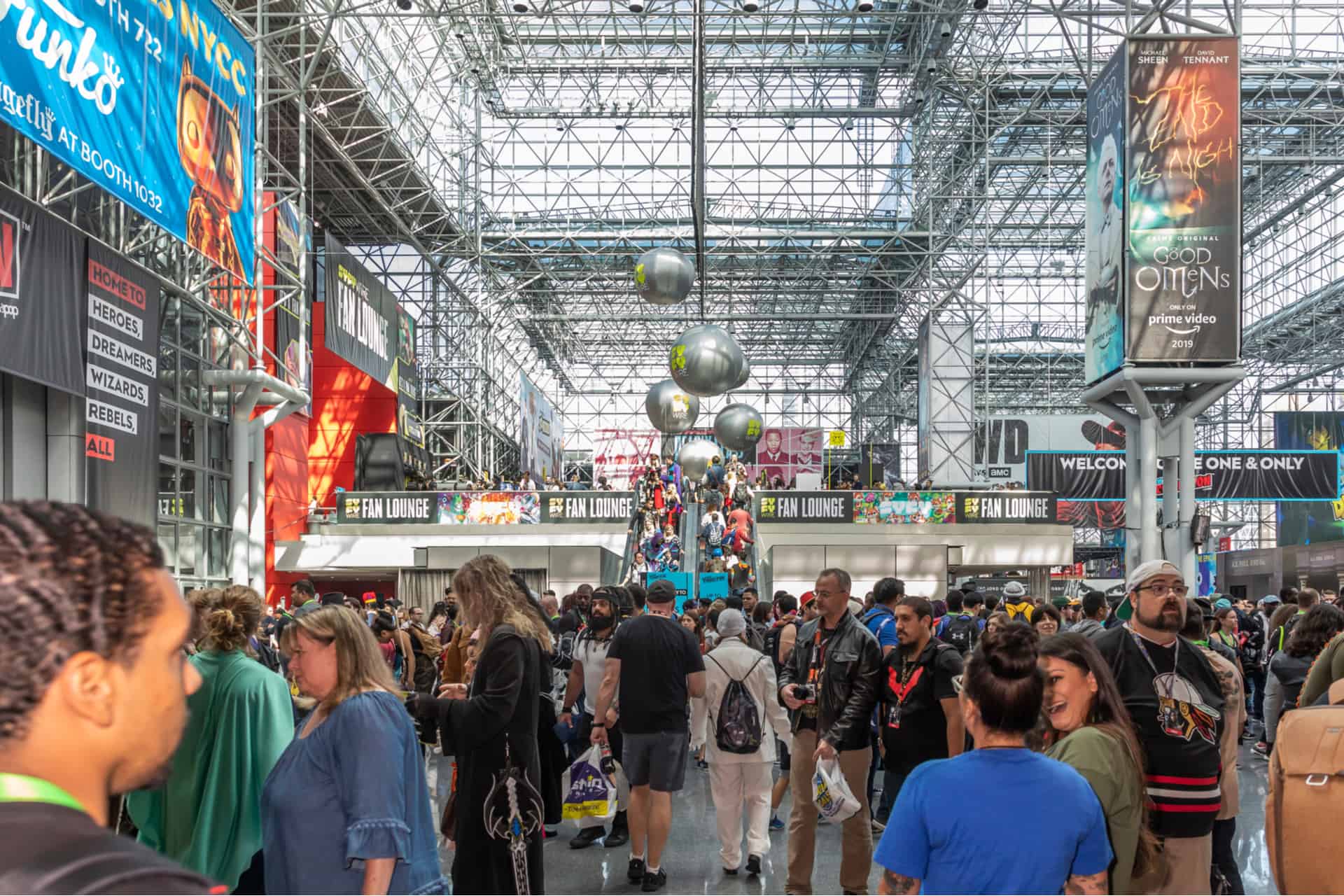 You may be familiar with San Diego Comic-Con, one of the largest comic book, science fiction, television and animation festivals in the world. If you love pop culture, you'll be happy to know that you can attend this festival in New York too.

For four days in October, superheroes, manga and comic book heroes and all the biggest idols from film and television are featured in this big fan event. For the occasion, many participants come in costume, and a big Cosplay contest is even organised.

If you are interested in the New York Comic Con, you can find more information by clicking here.

This independent film festival takes place every year in October for 5 days straight, in Bushwick, a district of Brooklyn. The Bushwick Film Festival showcases more than a hundred independent films made in New York, but also in several dozen countries around the world. For the occasion, numerous awards are given to the best films and filmmakers.

This festival is an excellent opportunity to discover little-known films that you probably won’t be able to see elsewhere. You can find more information about the festival on its official website.

WHY GO TO NEW YORK IN OCTOBER? 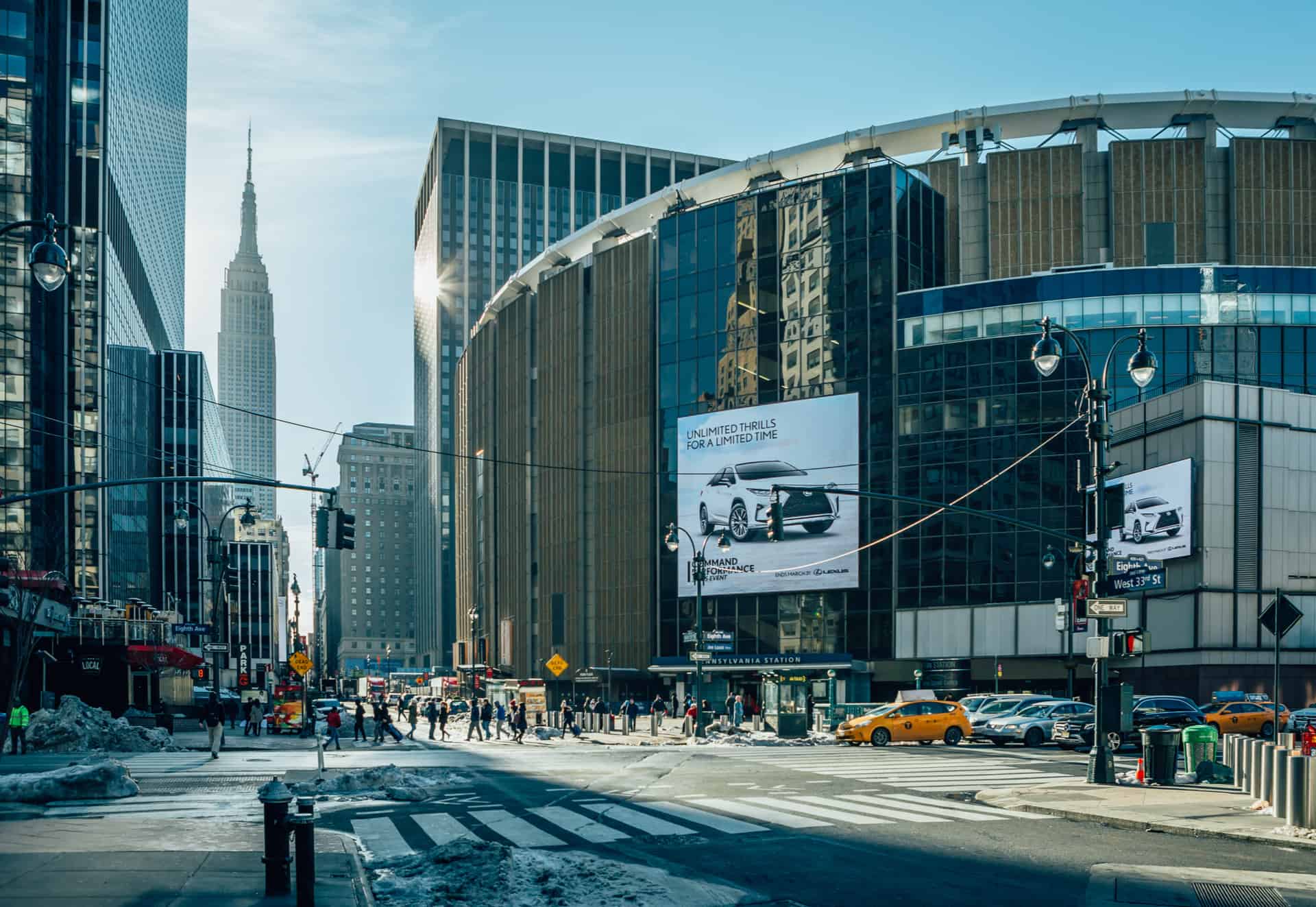 You now know everything you can do in New York at any time of the year – and more precisely during the month of October. To conclude this post, here is a short summary of all the good reasons to go to New York in October:

CLICK HERE TO COMPARE ACCOMMODATION OFFERS FOR YOUR DATES

I hope this article has helped you with your questions! If you're looking for more information to better plan your trip to New York and you're still unsure of your dates, you can also check out what will happen in New York in November! 😄