What is a Cast Iron Building? 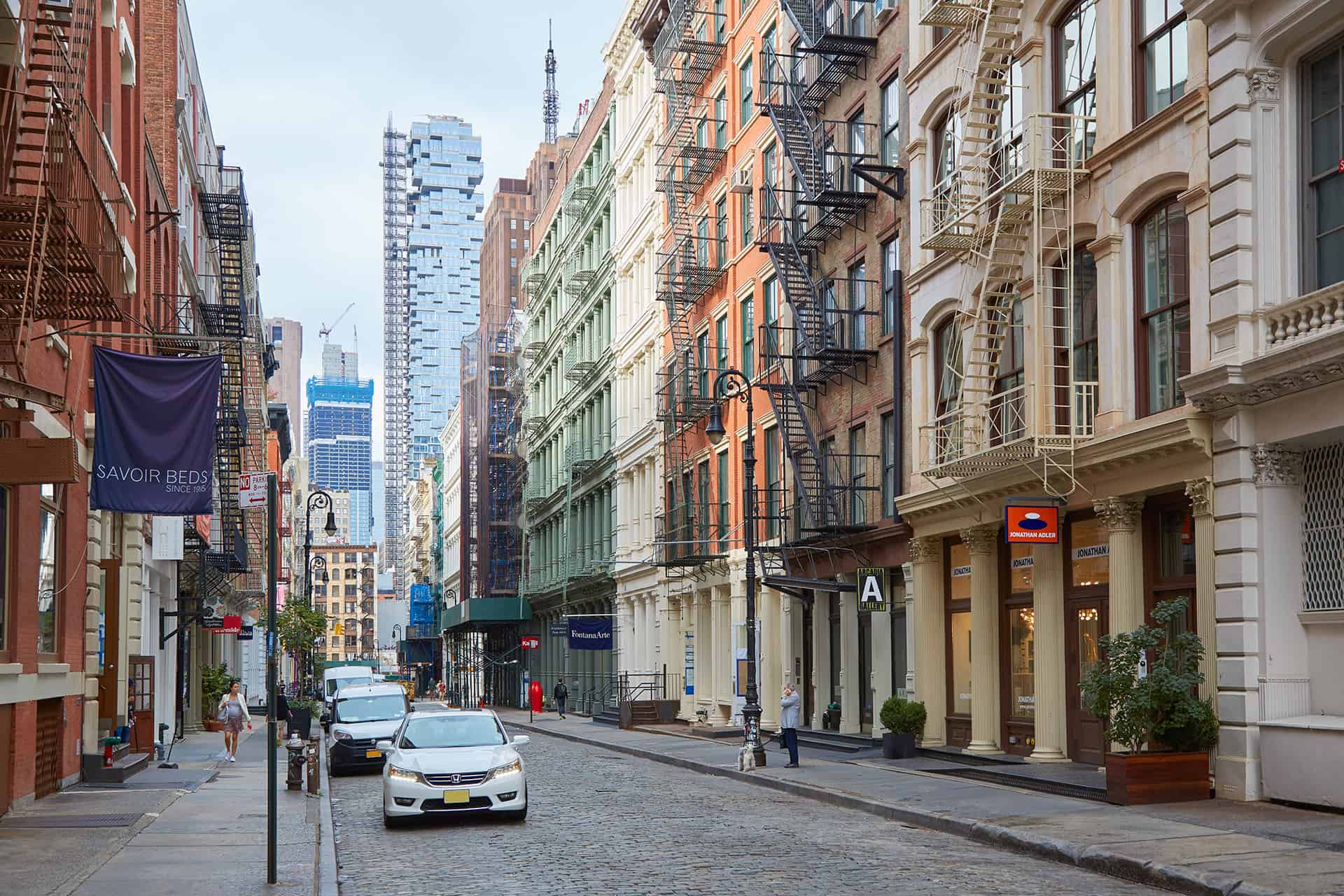 A Cast Iron Building is, no surprise here, a building with cast iron architecture. During the industrial revolution, cast iron became a very cheap metal. In the 19th century, this alloy of iron and carbon was used in many areas, including the creation of certain architectural elements. Sometimes the entire structure of buildings (or even entire buildings) were made of cast iron.

It was American architect James Bogardus who first imagined that cast iron could be used to make structural elements. The material was easy to produce and could be cast into any shape imaginable in the workshops and then transported to the construction sites to be used in the construction of buildings.

As a result, many buildings were constructed using this cheap method, and very elaborate facades with many different types of patterns appeared because the metal was so easy to shape.

From the beginning of the 20th century, the use of cast iron in the construction of buildings structures quickly disappeared in favour of steel and concrete.

Where to see the most beautiful Cast Iron Buildings in New York?

If you want to see some Cast Iron Buildings during your stay in New York, you have to visit SoHo. This borough of Manhattan, west of Little Italy, is famous for its shopping (there are hundreds of shops on Broadway, Mercer Street, Prince Street and Spring Street), trendy restaurants, galleries and great atmosphere.

But if there's one thing you'll see in SoHo that you won't see anywhere else, it's the large concentration of cast-iron buildings. In the streets of SoHo, you can take a beautiful walk and discover the typical charm of one of the most emblematic neighbourhoods of New York City.

If possible, I recommend taking this walk early in the morning, before the shops open, to enjoy more peace and quiet.

On the corner of Green Street and Broome Street, you can also see the Gunther Building, with its white façade and Corinthian columns. This building, which was built in 1871-72, has been in the Register of Historic Places since 1978. It was fully restored in 2001 and is located at 469 Broome Street.

The stretch of Broadway that runs through SoHo is also home to some memorable Cast Iron Buildings.

At number 80, for example, you can see the Roosevelt Building, a magnificent building with large windows, that was built in 1873.

At number 488 is the E.V. Haughwout Building, a 5-storey building built in 1857, whose Renaissance style is directly inspired by the Biblioteca Marciana in Venice. For the record, it was the very first residential building in which a lift was installed.

Go on a guided tour of SoHo 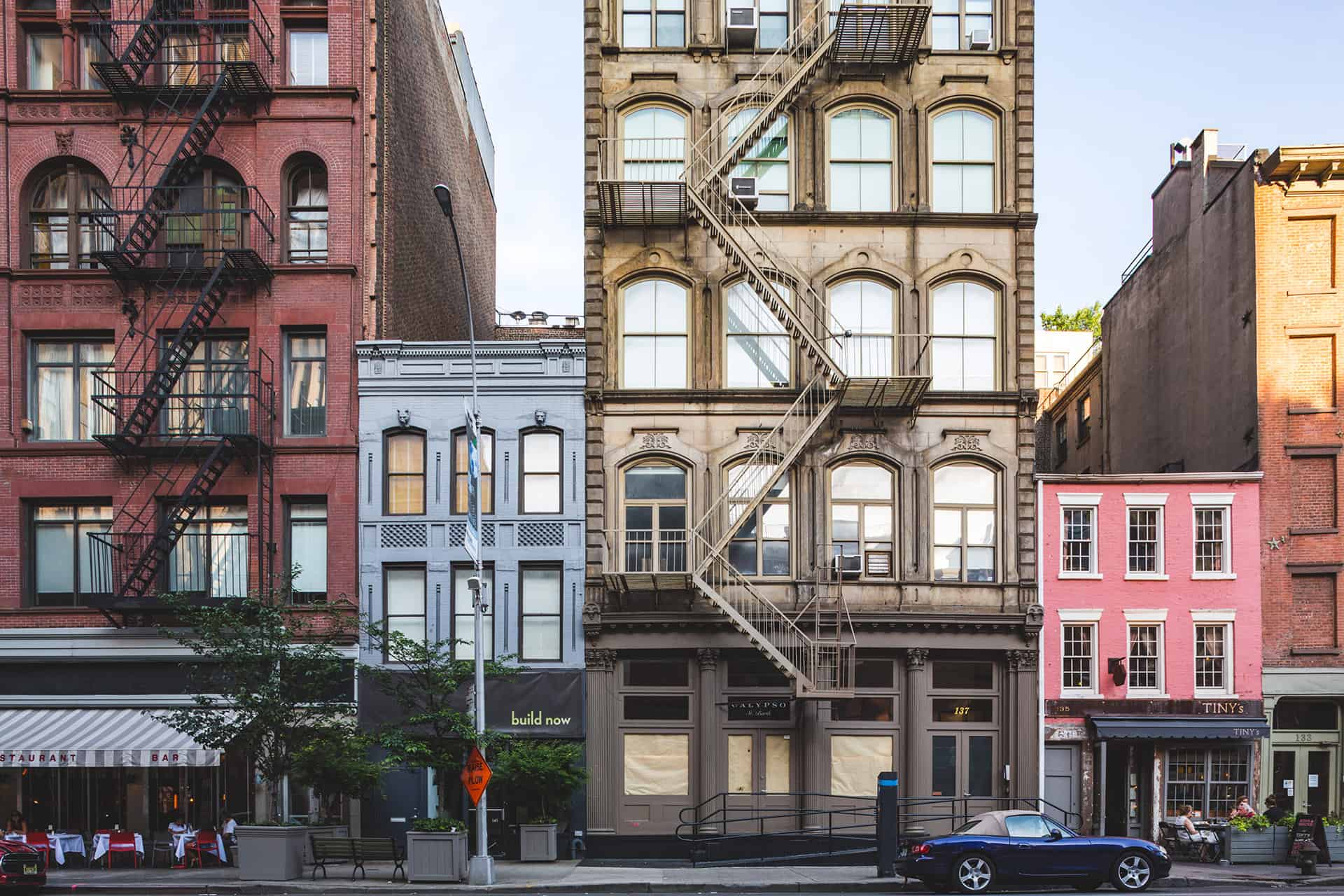 You will get to see SoHo’s Cast Iron Buildings and many other treasures with a professional English speaking guide.

You will discover all the most famous iron buildings in the area and learn more about their history. After visiting SoHo, you will also discover Chinatown, and Little Italy, two very unique districts of New York. Don't miss out on their cuisine, atmosphere and heritage!

TO FIND OUT MORE ABOUT THE TOUR, CLICK HERE

How to get to SoHo?

SoHo is located in lower Manhattan, north of Tribeca. The easiest way to get there is to take the New York Subway.

With the 6, C or E lines, you can get off at the Spring Street station.

With the R or W lines, get off at Prince Street station.

And that’s it for this article! Hope this made you want to see some of these architecturally unique buildings during your stay in New York!