All about the Tribeca district in New York

Tribeca, also sometimes spelled TriBeCa, is a neighbourhood in New York which is, like SoHo, located in the southern part of Manhattan, between the Hudson River and Broadway. This now very fashionable neighbourhood is both residential and commercial. In this short post, you can find out all about what you can expect if you visit TriBeCa during your stay in New York 🙂 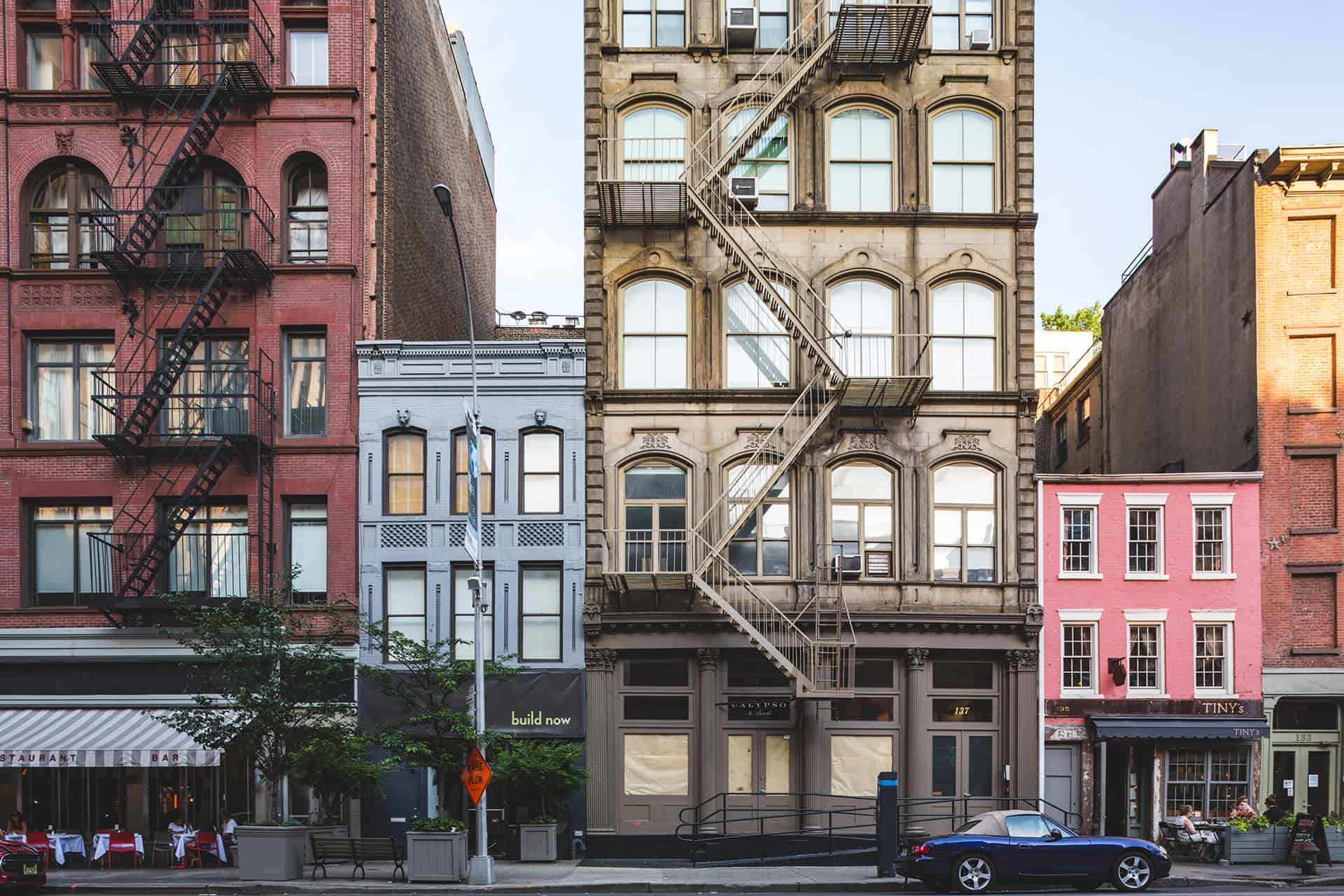 Tribeca is short for "Triangle Below Canal Street". Today, it is a trendy part of Lower Manhattan, but not so long ago it was an industrial area. Though you can still see some buildings reminiscent of that past, TriBeCa is now home to mostly luxury shops and boutiques, restaurants and a number of art galleries.

After its great industrial period, the district remained abandoned for many years. It was completely renovated in the second half of the 1990s, and has since become largely gentrified. It is now one of the most expensive neighbourhoods in New York. To rent a studio in TriBeCa, you'll have to pay between $3,000 and $5,000 a month (about £2,300 and £3,800), no less!

It's also a very safe neighbourhood, and attracts a lot of businesses.

Today, many stars live in TriBeCa, including Leonardo diCaprio, Meryl Streep, Beyoncé and Jay-Z, Justin Timberlake and Mariah Carey. But the most famous and emblematic face of Tribeca's evolution is undoubtedly Robert de Niro.

If Tribeca has changed completely since those industrial days, it is largely thanks to him and other actors and artists. In 2002, in the wake of the World Trade Center attacks, to help revive Lower Manhattan's economy, Robert de Niro, Jane Rosenthal and Craig Hatkoff founded the Tribeca Film Festival, which quickly became an international event during which all the spotlights were placed on TriBeca.

What to do & see in the neighbourhood?

The Big Apple is sometimes called the capital of the world. In this particularly exclusive part of Manhattan, you will indeed truly feel like you are at the centre of the world. You can enjoy a unique atmosphere of shopping in trendy boutiques, strolling through the parks, admiring the beautiful views of the Hudson River, discovering museums and art galleries, and trying some of the city's best restaurants.

DISCOVER THE HISTORY OF THE NEIGHBOURHOOD WITH A GUIDE

In the alleys of Tribeca, you will find mostly luxury boutiques. This area is one of the best places in Lower Manhattan to do a little shopping – but your wallet may not come out unscathed! 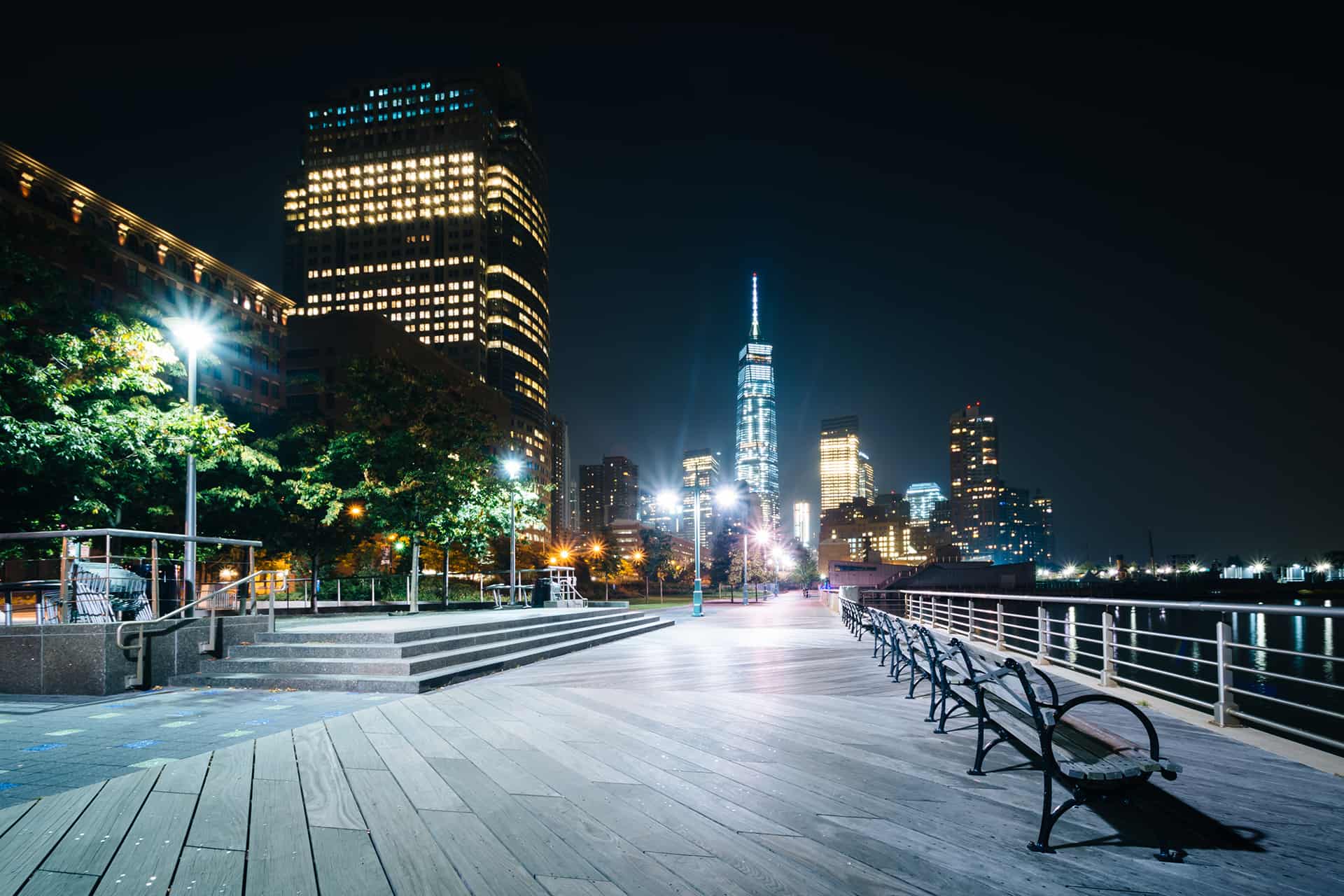 If you want to spend some quality time outdoors during your visit to the area, you can go to Hudson River Park, where you can take a beautiful walk or bike ride along the landscaped banks. I also recommend going there in the early evening to watch the beautiful sunset.

In this park, you can discover Pier 25, a large playground offering activities for all ages: beach volleyball, mini-golf, climbing... The bravest can go on the Hudson River for a tour full of sensations in a High Speed Boat, while the others can practice lazing about and sipping cocktails on deckchairs.

Throughout the streets of Tribeca, you can find restaurants – often very chic – that offer specialties from all over the world. If you want to experience some of the best in the area, check out the Junqsik, a two-starred Korean restaurant that serves both modern and traditional cuisine.

City Vineyard, a Hudson Riverfront establishment, serves grilled meats and seafood dishes with a glass of wine at surprisingly affordable prices in this area.

If you want to try the best fast food in the borough, I highly recommend the well-known Marty’s V Burger. You'll find a wide variety of menus, including a veggie burger that will make even the most ferocious carnivores salivate.

Finally, if you prefer to eat on the go without necessarily succumbing to the classic burger, Nish Nush, which serves delicious falafel pita bread, is the place for you!

I told you earlier about this film festival created by Robert de Niro, which has helped restore the image of this Lower Manhattan neighbourhood. Every year, during the TriBeCa Film Festival, you can meet many celebrities, see films, documentaries and features, and participate in many family activities related to the 7th art. The Tribeca Festival Art Awards recognise the best international filmmakers.

In the World Financial Plaza, you can even find a Drive-In for outdoor film screenings. This festival is usually held in the spring.

Where to sleep in TriBeCa? 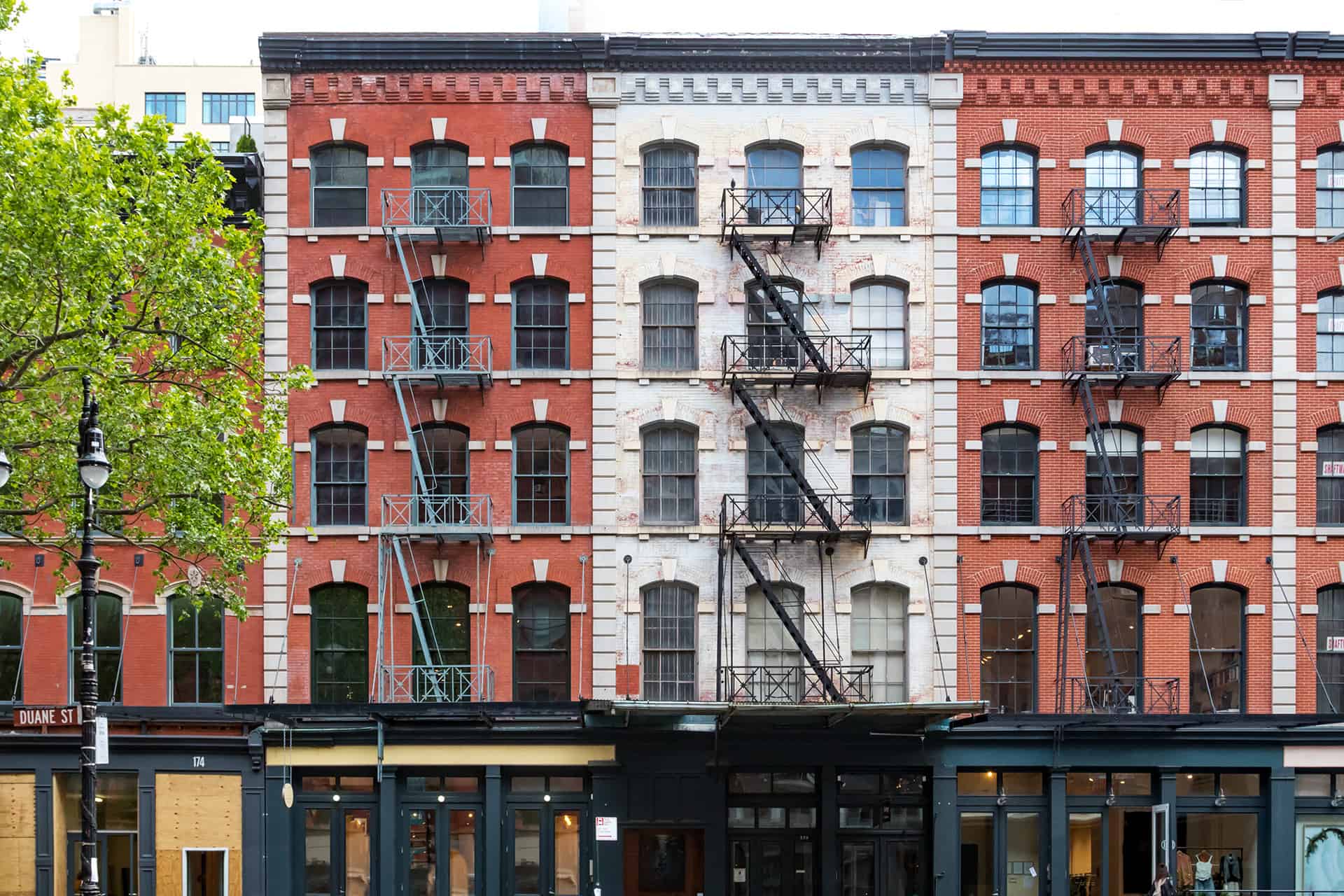 TriBeCa is certainly not the most affordable area to live in, but it is undoubtedly one of the most pleasant and central places to stay in during a trip to New York.

It is a particularly safe area of the city, with a much more relaxed atmosphere than the Financial District, and it is very well served by the New York Subway.

If your budget is on the large side, there are several very chic and sophisticated hotels in the Tribeca area. The Roxy Hotel, the Sheraton Tribeca and the Smyth Tribeca are among the best hotels in the borough, but you will have to pay between about £145 and £410 for a night for two (€175 and €500).

Other neighbourhoods that are a must-see during your stay in New York are right next to TriBeCa – such as Chinatown, SoHo and Little Italy, in particular.

And that's it for my article on TriBeCa. I hope you liked it, and that you'll go there during your stay in New York if you can – you certainly won't regret it!