THE 10 TALLEST BUILDINGS IN NEW YORK

What are the 10 tallest buildings in New York? I take stock in this article 🙂

When we think of New York, skyscrapers are inevitably among the first things that come to mind – especially the mythical ManhattanSkyline . The city is home to several thousand buildings, and some of them stand out for their size and have even become true symbols.

Without further ado, discoverthe tallest skyscrapers in New York which you can admire – and sometimes even visit! – during a stay in the city that never sleeps.

One of the most beautiful views in New York 🤩

You're probably wondering where you can best see the whole city from a building? For me, it's undoubtedly from the Top of the Rock platform!

Talking about it is not the same as being there, but just know that you will be between the two biggest icons of the city: the Empire State Building and Central Park.

That's all I'm saying. No one I know has ever told me they didn't like the experience or the view (not even with bad weather!) 🙂

MORE INFORMATION ABOUT THE VIEWING PLATFORM BY CLICKING HERE 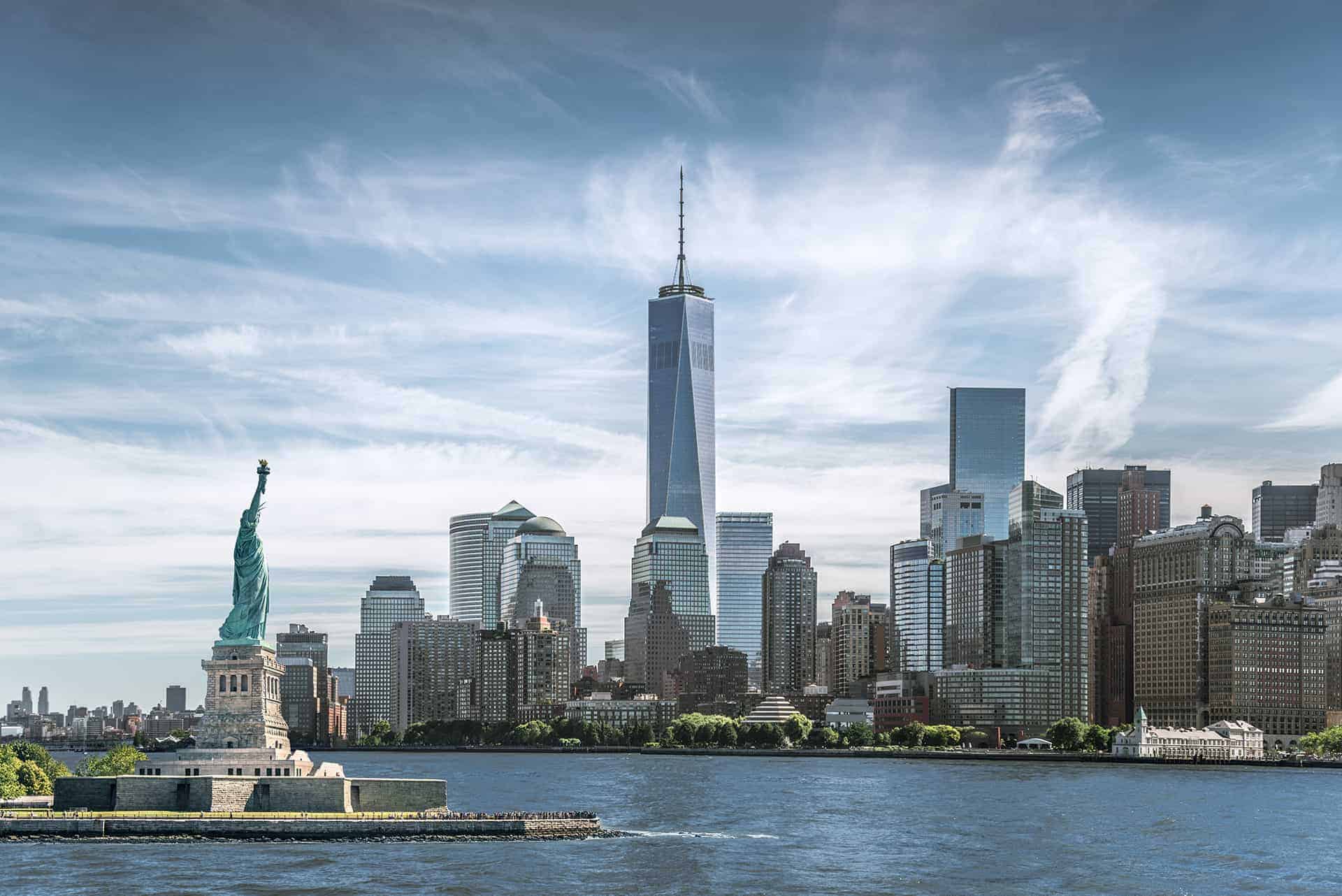 Recognisable by its very tall spire and highly reflective glass facade, it is also known as the Freedom Tower, and is now one of the city's most iconic skyscrapers. It is mainly used as an office building, but it is possible to visit it, mainly to access the observation deck located between the 100th and 102nd floors (the tower has a total of 104 floors).

The One Word Observatory offers the highest 360 degree view in New York.

You can purchase a ticket for the platform only (classic ticket) or you can buy a combined ticket. With the second option, you will have access to the platform and to the other sites/monuments in the vicinity: Ground Zero, the 9/11 Museum and Memorial, the Statue of Liberty,...

Pretty handy if those are activities you really want to do!

The combined ticket will also be cheaper than the total of each admission ticket bought individually.

TO FIND OUT MORE ABOUT THE DIFFERENT TICKETS, CLICK HERE 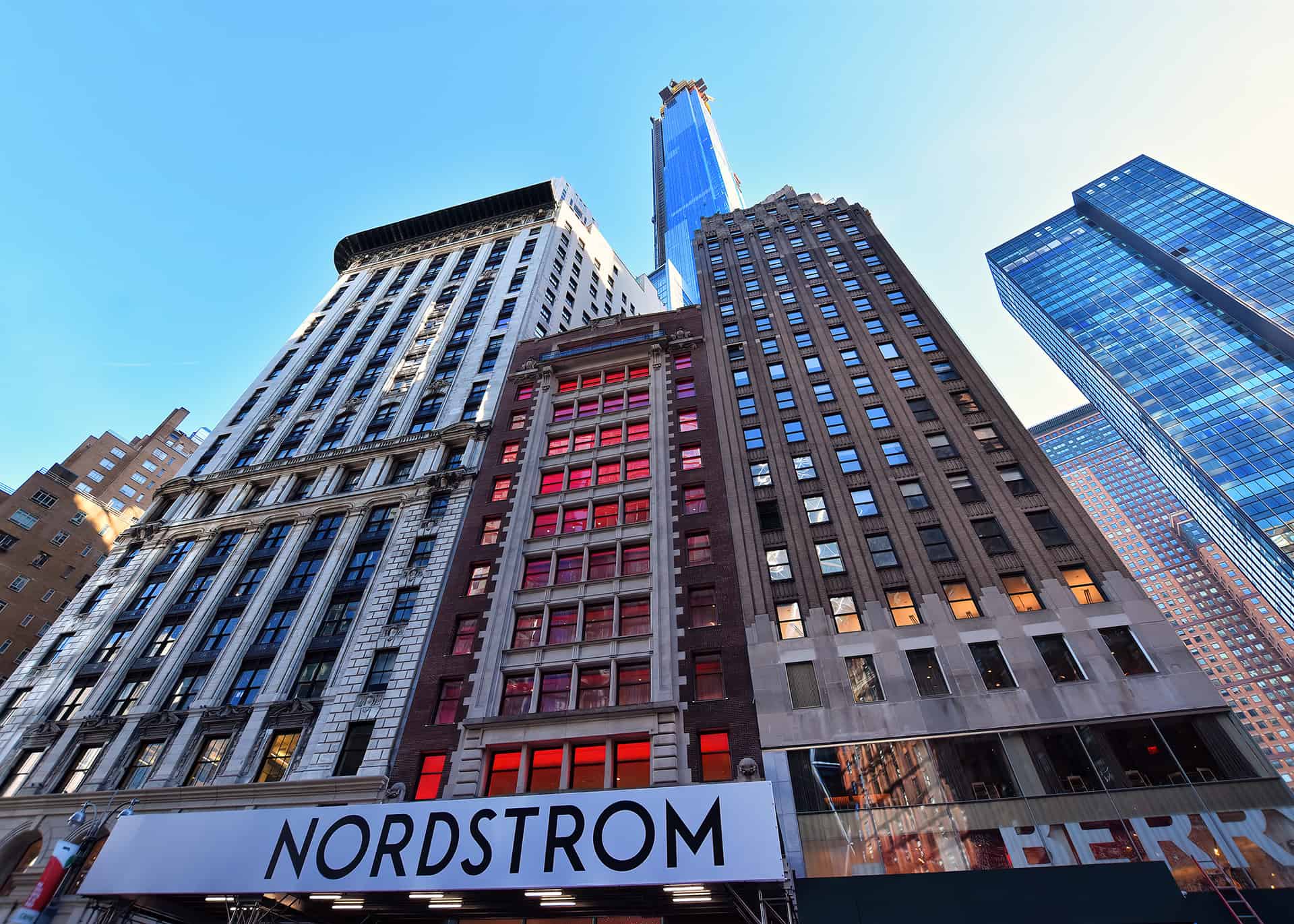 The construction of this tower, also known as the Nordstorm Tower, was completed in 2020. At 472 metres high, not including the antenna, it is the second tallest skyscraper in New York. In fact, based simply on the height of its roof, the Central Park Tower is the tallest building in the Western Hemisphere.

This tower is not intended to be a tourist attraction. It houses 179 luxury flats, reserved for the extremely wealthy, who will have the privilege of enjoying the best possible view of Central Park and Manhattan. 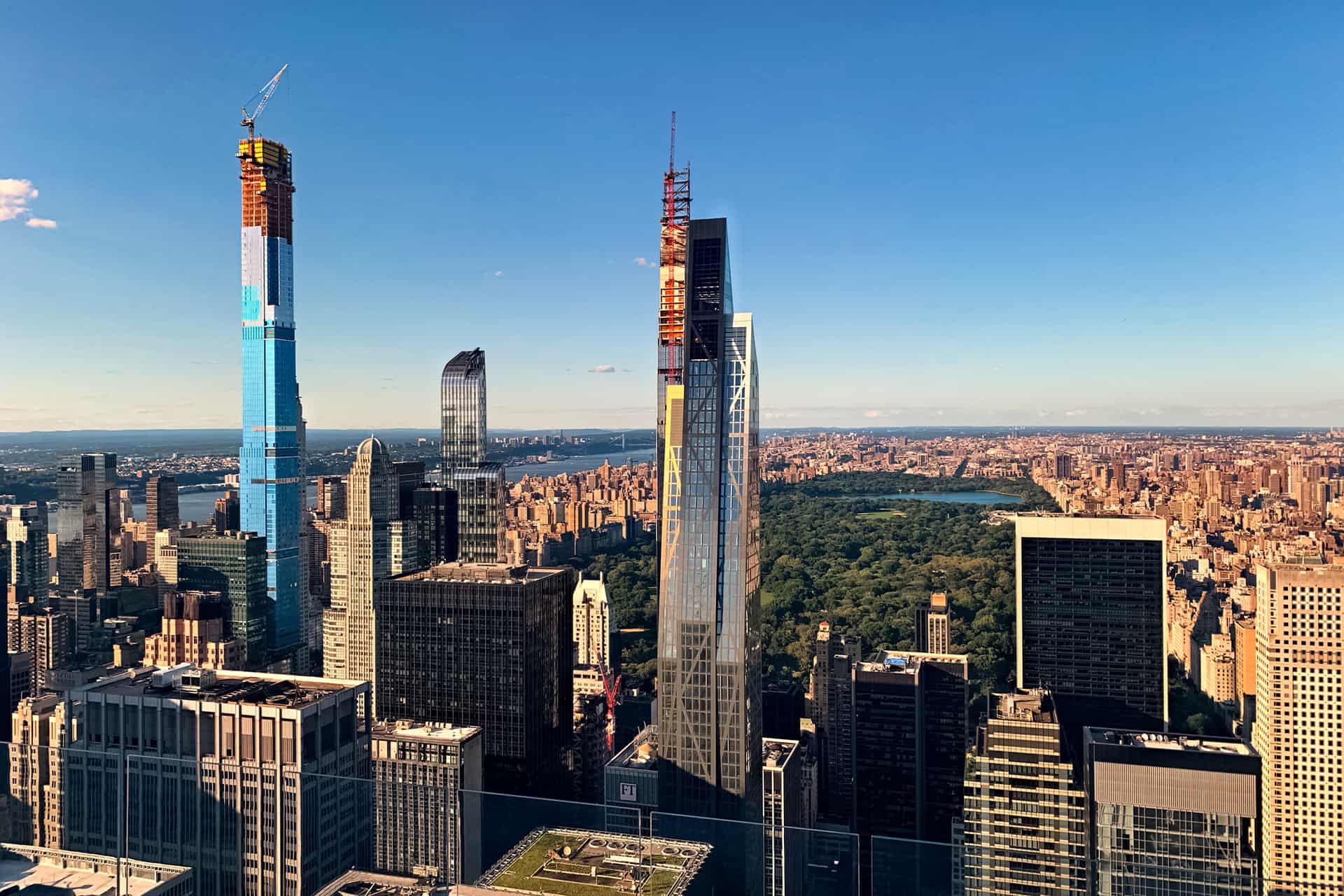 This Midtown tower, located near 6th Avenue, opened in 2018, though construction was only completed in 2021.

It is 438 metres high and its particularity is that it occupies a ground surface that is extremely small compared to its size. Its base is 16 times smaller than the Empire State Building’s. The building’s width is only 18 metres, making it the world's thinnest skyscraper to date.

The Steinway Tower is therefore particularly impressive and seems to be held in place by magic. It houses about 50 very luxurious flats – some of which are still available for only a few tens of millions of dollars. 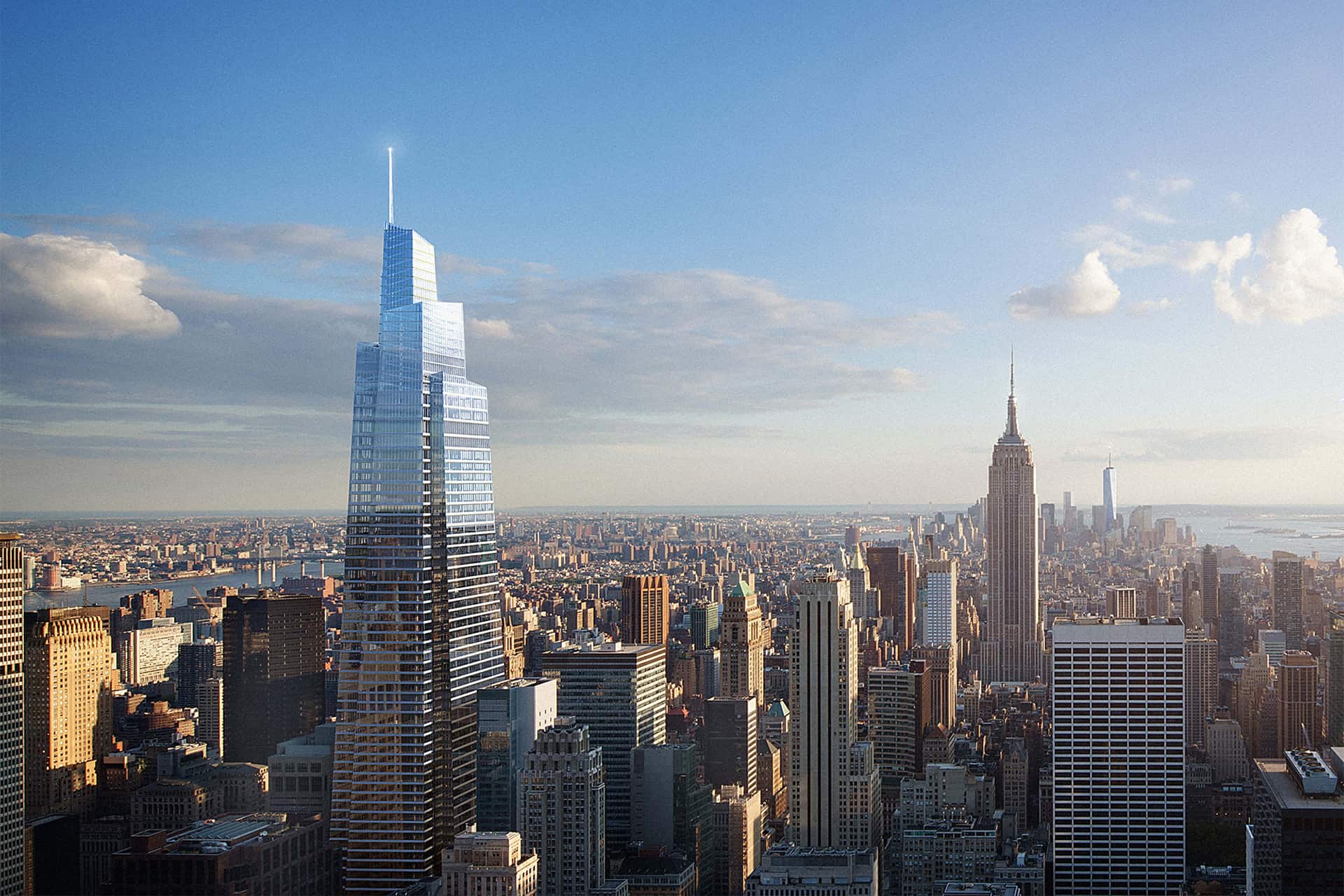 Here is another recently completed tower that ranks among the tallest skyscrapers in the Big Apple. Located near Grand Central Terminal, this 427-metre high tower with an ultra-modern design houses mainly offices. It was inaugurated in September 2020.

Summit One Vanderbilt is also expected to become a major tourist attraction in the city. At the top of this tower, The Summit Observatory is now joining the list of New York observatories. It provides a new view of Manhattan, including a new perspective on the Empire State Building and the Chrysler Building.

The One Vanderbilt Tower is the latest building to join this list of the 10 tallest buildings in New York (2020).

More information can be found on the tower's official website. 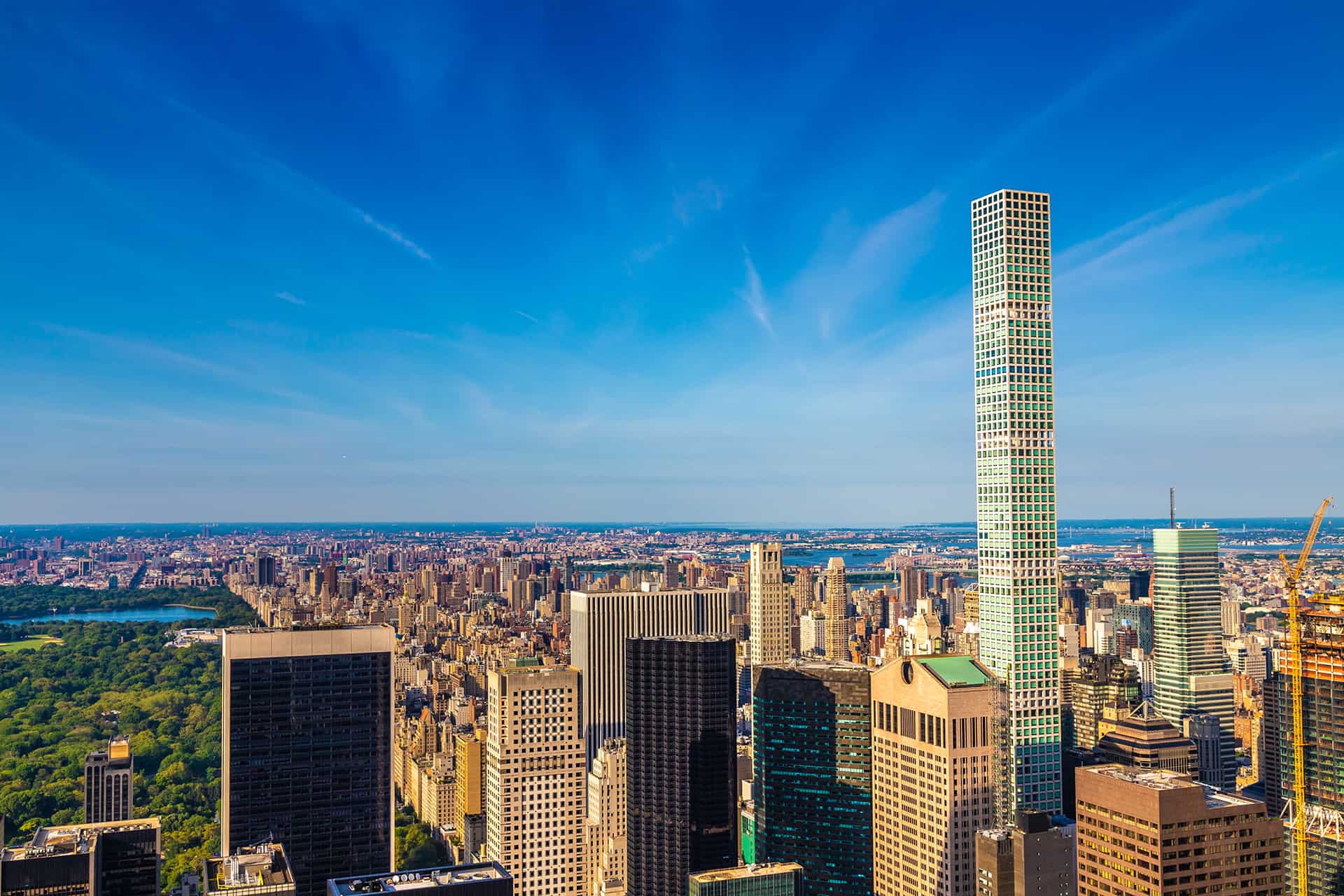 This Midtown tower is one of the tallest residential buildings in New York. This 85-storey building near Central Park is 425 metres high. , and is one of the most luxurious skyscrapers in the world, with a total of almost 150 flats. The most expensive ones can be sold for around $100 million!
Inside the building, other than the flats, there are a number of prestigious facilities – including a cinema, a restaurant and indoor swimming pools. In addition to all these amenities, this tower will of course offer its occupants an exceptional view of Manhattan.

Hudson Yards  is a new neighbourhood in New York City, located in Manhattan between Chelsea and Hell's Kitchen. The area is home to a very ambitious building project, and the building at 30 Hudson Yards is the tallest skyscraper in the area to date. At 100 floors and 395 metres high, it is also the sixth tallest building in the city.
Since 2020, the tower has been open to the public, and an observatory called The Edge occupies the top two floors of the building. This observation platform is the second highest in New York, after the one at the One World Trade Center. It is also there that you can access the highest outdoor observatory in the country: the Sky Deck.

On this triangular platform of almost 300 square metres, you can access a point where even the floor is made of glass – thrilling experience guaranteed.

You can also find the famous The Vessel building, halfway between an observatory and a giant sculpture 🙂 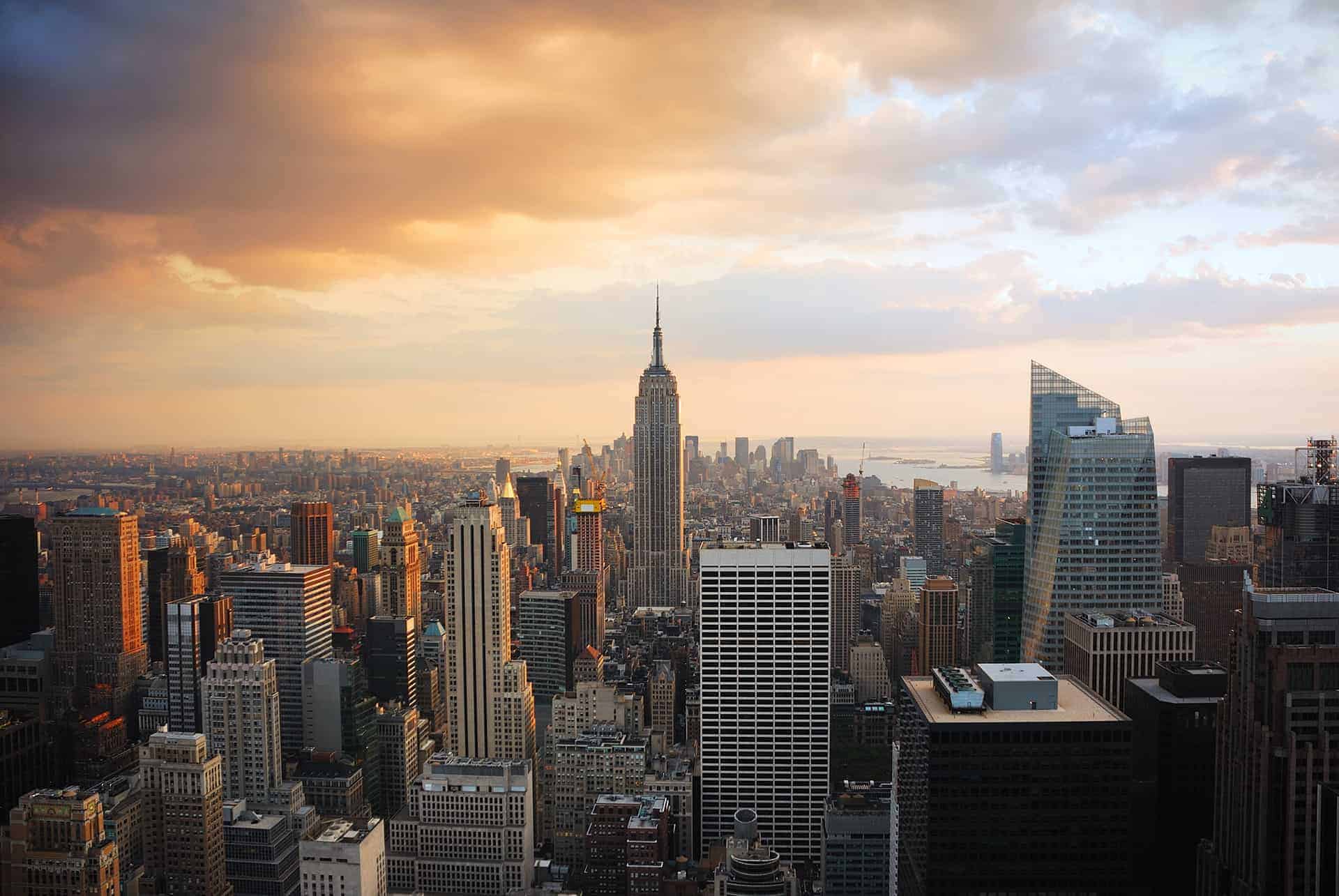 This is probably the most famous skyscraper in the country, and perhaps even the world. With its 381 metres high and 102 floors, this building could have been higher in this ranking if you took into account its spire – which helps it reach 443 metres in height. It is one of the most visited tourist sites in New York. Located on Fifth Avenue, the Empire State Building remains an iconic landmark in the city – and a virtually mandatory stop on any trip to New York.

The observatories on the 86th and 102nd floors are of course the highlight of a visit to the Empire State Building. They offer a breathtaking view of the city. These observation platforms are accessible from 8:00 am to 2:00 am – you can therefore go up there during sunsets, which will make the view even more memorable.

This building is always full of visitors throughout the year, so I recommend getting your tickets as soon as possible. You will then be sure of being able to go there during your stay, on the day of your choice – without having to worry about whether there will be any place left for you or whether the queue will be too long.

If you book your tickets in advance, you will have access to the site with "no-queue" tickets. By the way, there are several types of tickets and experiences to be had. I'll let you read the description of each one so that you can select the one that tempts you most 🙂

Bank of America Tower, long ago the second tallest building in New York

This Manhattan building is an office building that was completed in 2009. Up until the construction of the One World Trade Center, it was the second tallest skyscraper in New York. Constructions have accelerated considerably in recent years, and it is now the ninth tallest building in the city. The building towers over Time Square and reaches a height of 366 metres.

The Bank of America Tower follows the typical style of other skyscrapers in the Manhattan skyline, with its all-glass facades. During its construction, particular care was taken to respect the environment, making it one of the most environmentally friendly tall buildings in the world. 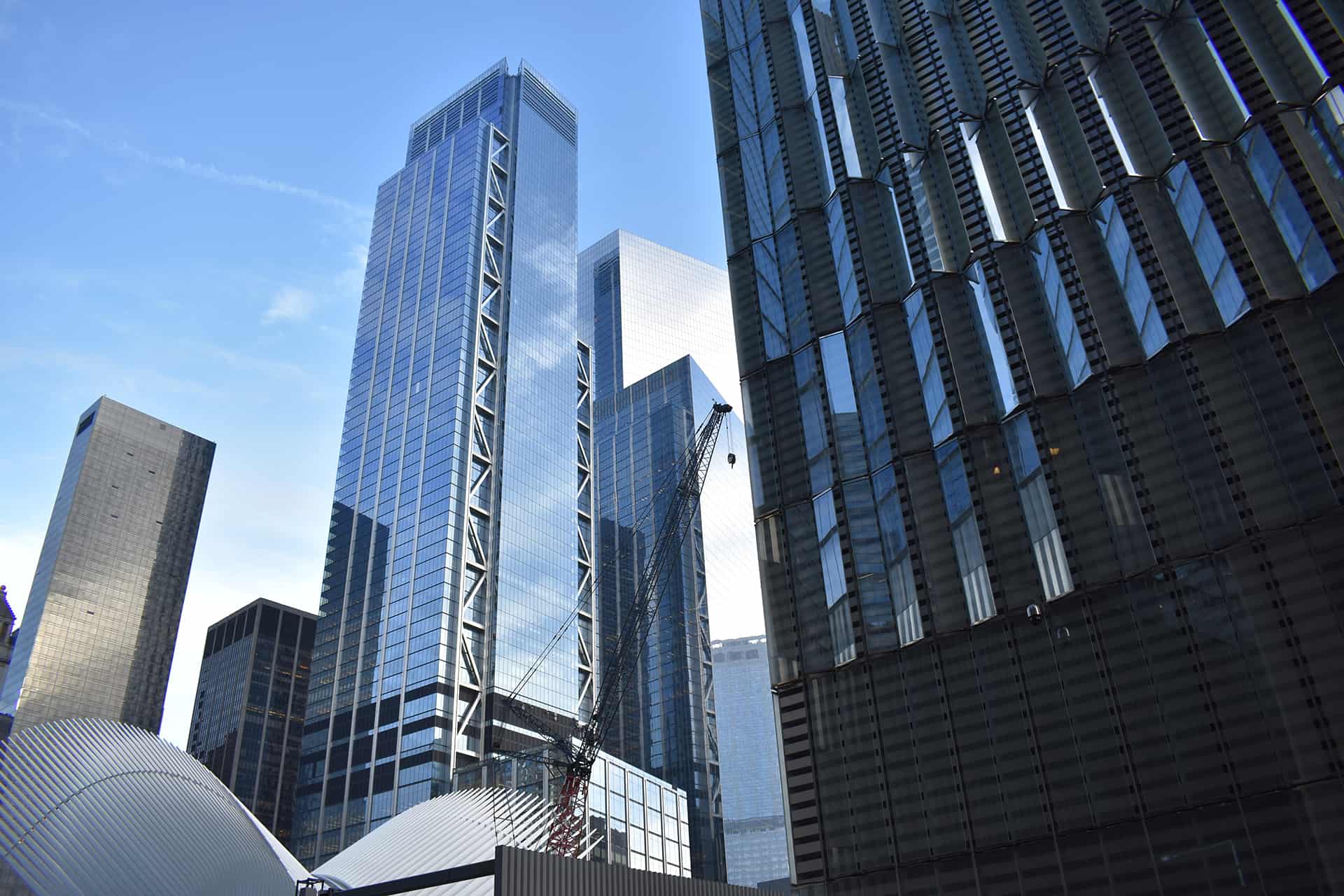 The third tower of the new World Trade Center complex is also one of the tallest buildings in New York. The roof is 329 metres high and the tower measures a total of 383 metres, thanks to the antennas on top.

The building is located directly opposite One World Trade Center. It is not a tourist site, and houses mainly offices and commercial premises and cannot be visited. However, you can see this building’s modern architecture up close from the One World Observatory.

This strangely named tower is named for its address: it is located at 53 West 53 rd. It is also known as the MoMA Tower, as it is adjacent to the famous Museum of Modern and Contemporary Art in New York. This building too is a residential tower, which houses high-class flats.
The 75-storey, 320-metre high skyscraper was completed in 2018. It was designed by the renowned French architect Jean Nouvel, who has also worked on a number of buildings around the world, such as the Louvre Abu Dhabi and the Musée du Quai Branly.

OTHER ICONIC BUILDINGS IN NEW YORK 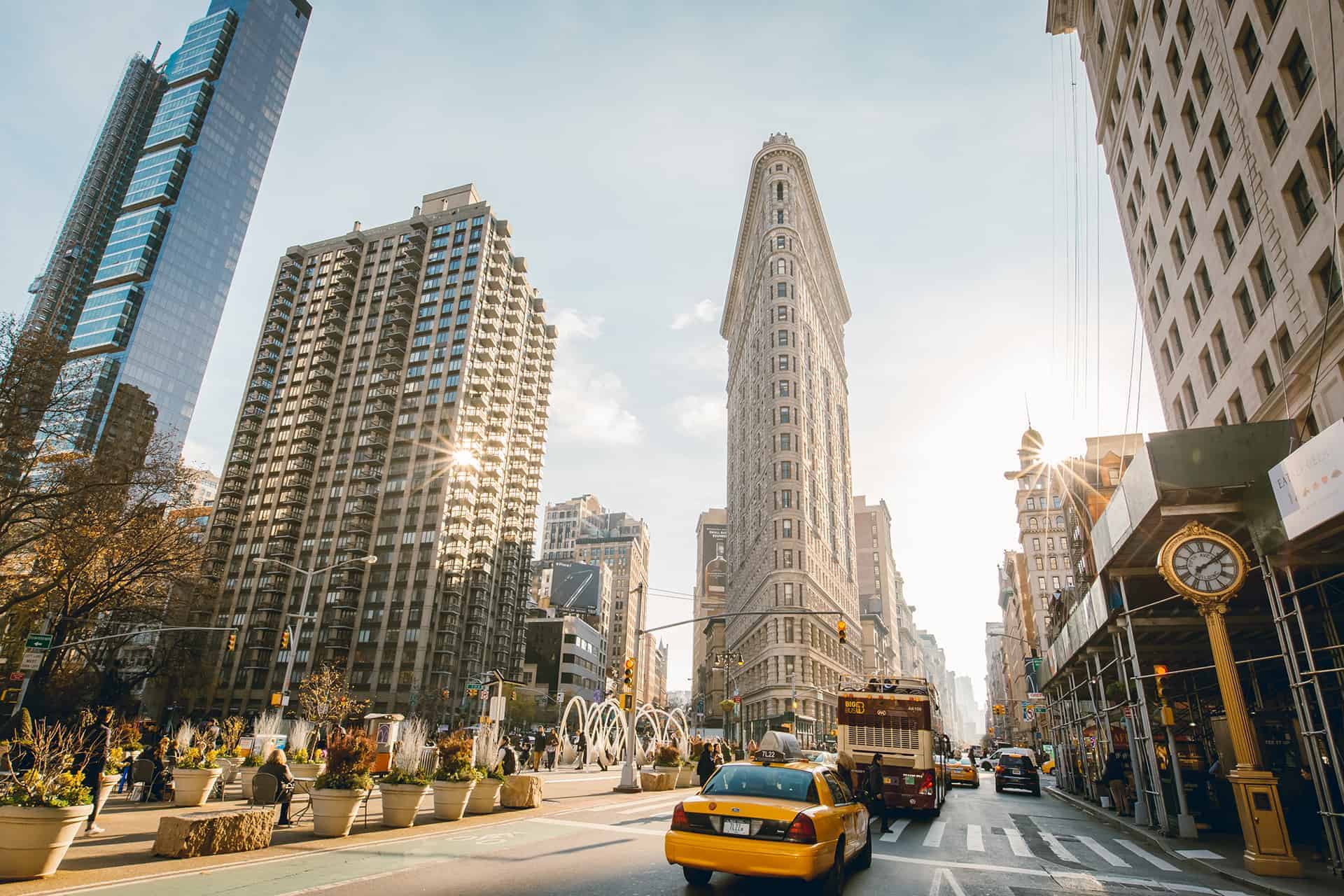 Everyone knows, size is not the only thing that matters, and some buildings are very much places with a very strong symbolism – even if they are not or no longer among the tallest in New York:

And that’s it for my article on the highest buildings in New-York. I hope you enjoyed it and found it useful! 😊