WHAT TO DO IN NEW YORK IN MAY?

May is when temperatures start raising back up, and a rather good time to travel. So how about going to New York City? New York is a particularly pleasant destination in the middle of spring, and becomes a little more accessible than during the rest of the year, besides. If you're in the mood to travel, but are wondering if visiting New York in May is a good idea, look no further – you've come to the right place! 😄

What can be done in New York in May? What is the weather like, what are the big New York events at this time of year? What are the good reasons to go visit the city in May? I answer all these questions in this post!

THE CLIMATE IN NEW YORK IN MAY 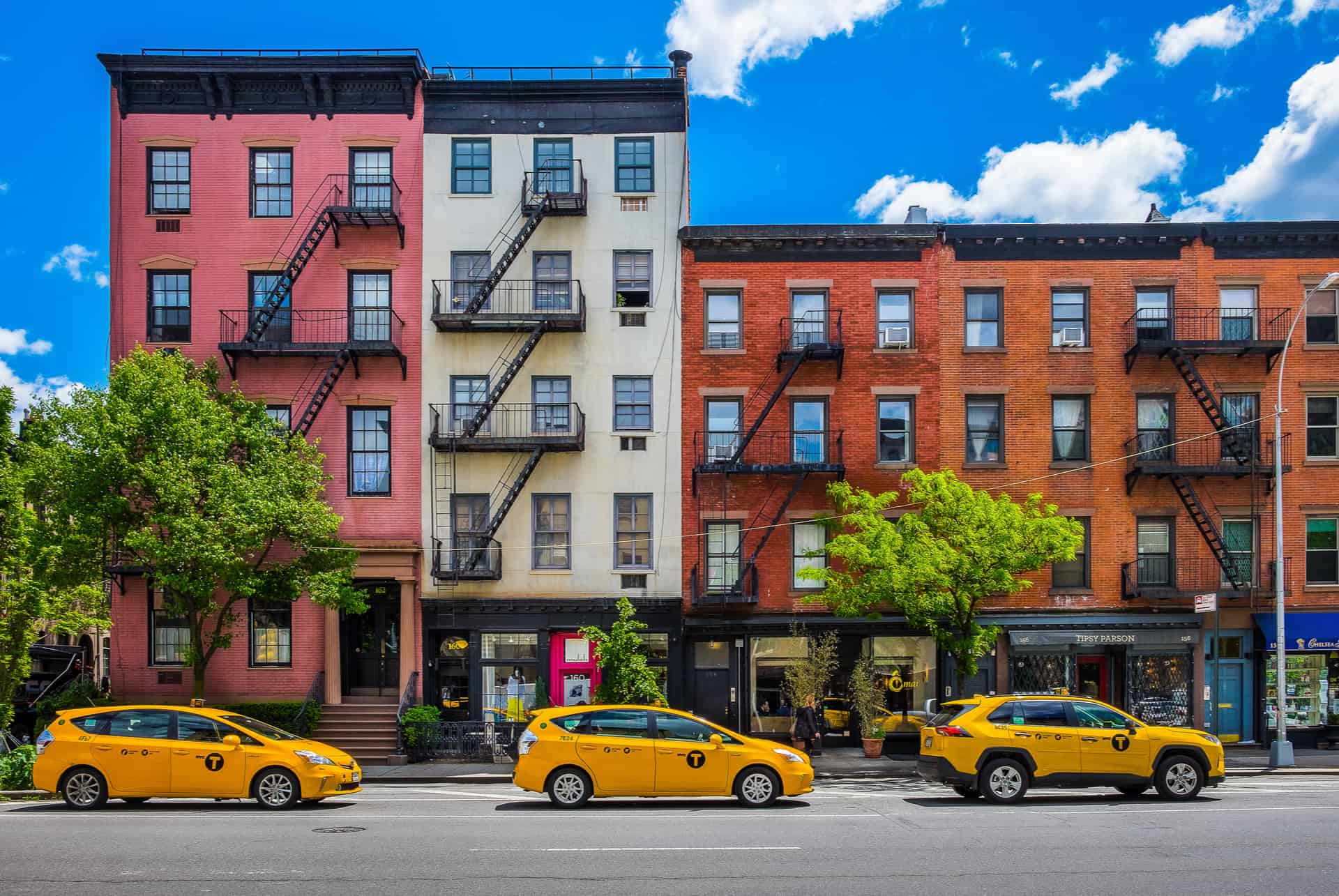 In New York, the annual thermal amplitude is significant. This means that it is very cold in winter and can be very hot in summer. In the heart of spring, May is a particularly favourable time because the temperatures are ideal – they are almost always mild and sometimes even warm, but they never get too hot. Even better, the temperatures are pleasant from the morning until late in the evening.

During the month of May in New York, the average temperature is 20°C during the day and 14°C at night. Days last an average of 14.5 hours, with the sun up for almost 13 hours. As for rainfall, it rains about 1 out of 3 days (which is the case almost all year round in New York anyway). But these rainy periods rarely last long, and you will really be able to enjoy a lot of sunshine. Of course, if you would rather deal with warmer temperatures, nothing’s stopping you from going to New York in June!

WHAT TO DO IN MAY?

During the month of May, you will obviously have the opportunity to do just about anything you want in New York. The only activity I would not recommend is swimming – the water is still very cold at this time of the year! In New York, swimming is only really enjoyable between July and September, and even then the water will still be quite cool.

Other than that, all the other activities are available, and the outdoor tours will be much more enjoyable than in previous months. 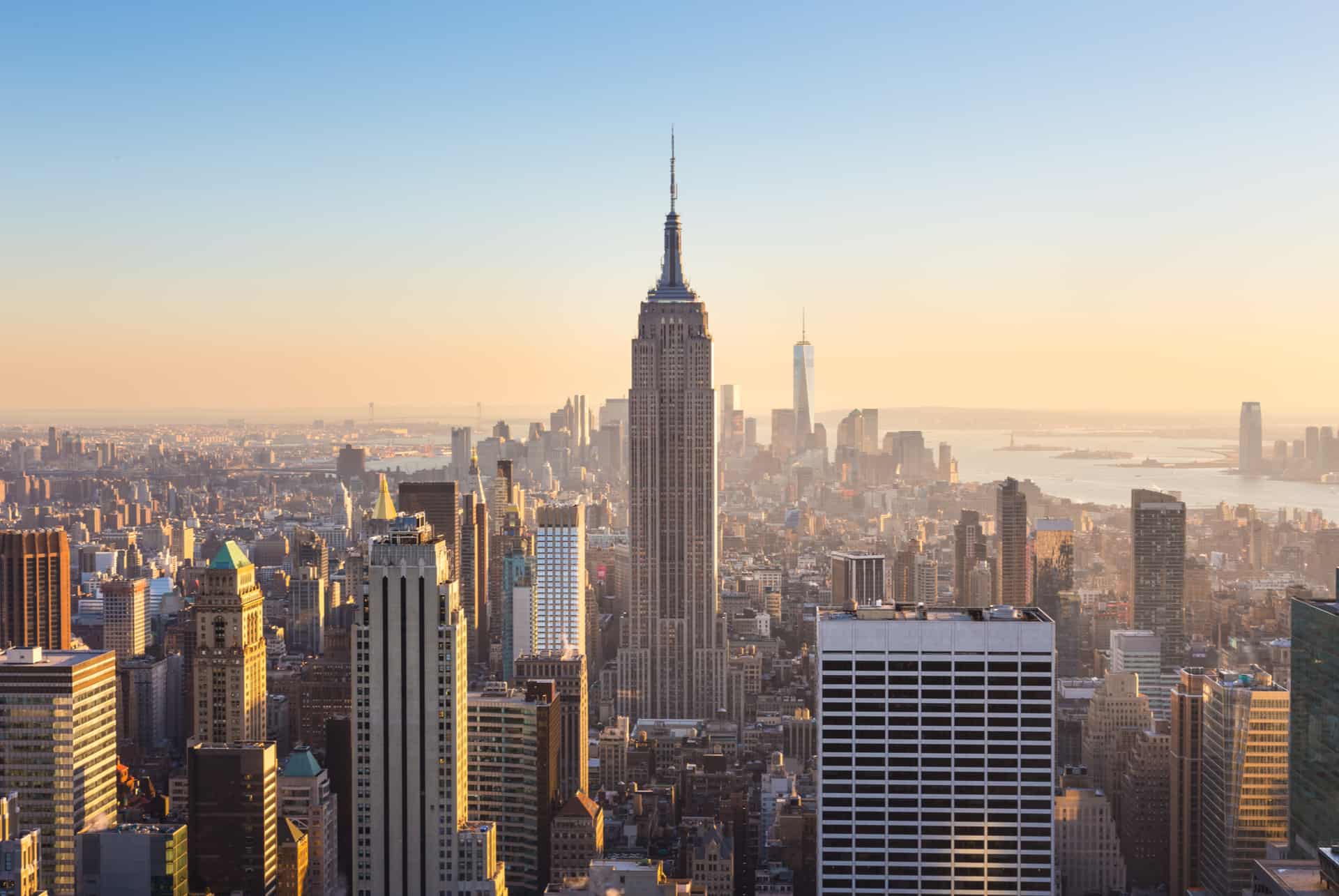 You will be able to do all the must-do activities in New York. The following are among the most popular activities to do while in New York, regardless of the season:

During your trip to New York, you will definitely want to discover many of the major tourist sites, especially if it's your first time in the city. If so, I recommend buying a New York City Pass – it's a tourist pass that will give you many benefits during your stay. You will have access to 5 main tourist sites (2 fixed activities + 3 activities you can choose among a list). The pass costs £118 for adults and £99 for children aged 6 to 17.

HAVING A GOOD TIME IN NEW YORK'S PARKS AND GARDENS

Although some of the city's parks (especially those with ice rinks) are very beautiful even in winter, it is mainly from May onwards, when the weather becomes milder, that you can make the most of the city's green spaces. Nature will be in full bloom at this time of year, and you will be able to take in all these flowery sights in one of New York's 1,700 parks.

DISCOVERING NEW YORK ON THE WATER 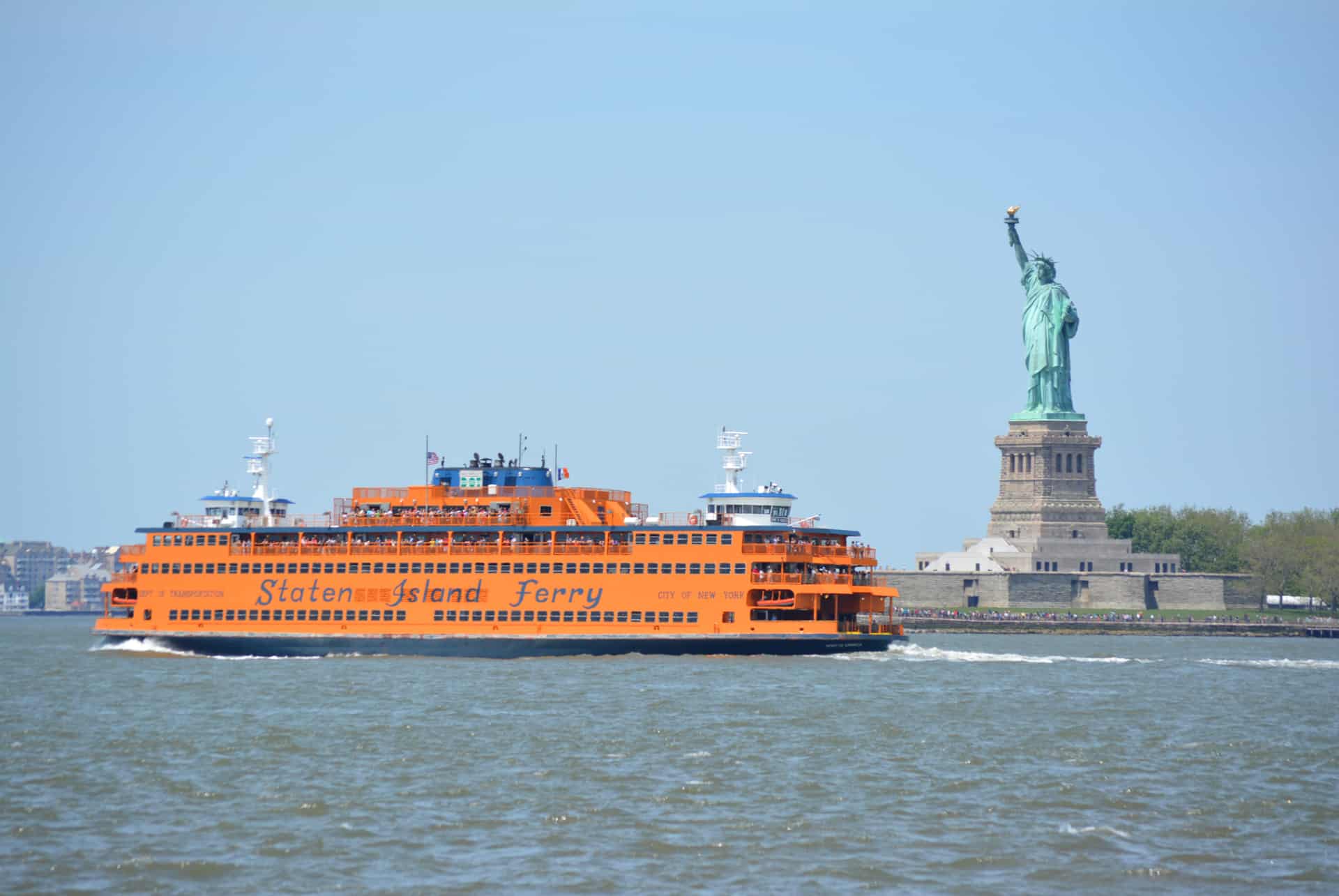 Here is another mainly outdoor activity which will be much more enjoyable in April than in previous months. New York is a city that can be discovered on land, from above, but also on water. May is the perfect time to take a short cruise and see the Manhattan Skyline as well as some of New York's greatest landmarks, such as the Statue of Liberty and the Brooklyn Bridge.

By taking the Staten Island Ferry you can even do a short cruise for free! The ferry has been in service for over 200 years and runs 24 hours a day, carrying over 20 million people a year. Near Battery Park you will find the WhiteHall Terminal from which to board.  During the 25-minute ride, you'll be able to see Manhattan, the Statue of Liberty and Ellis Island. Just avoid the peak hours at the beginning and end of the day – it’s when New Yorkers take the boat to and from work.

In addition to this free cruise, you can also take memorable private cruises. I personally recommend:

TO FIND OUT MORE ABOUT THE LUXURY CRUISE, CLICK HERE

MAJOR EVENTS NOT TO BE MISSED IN MAY 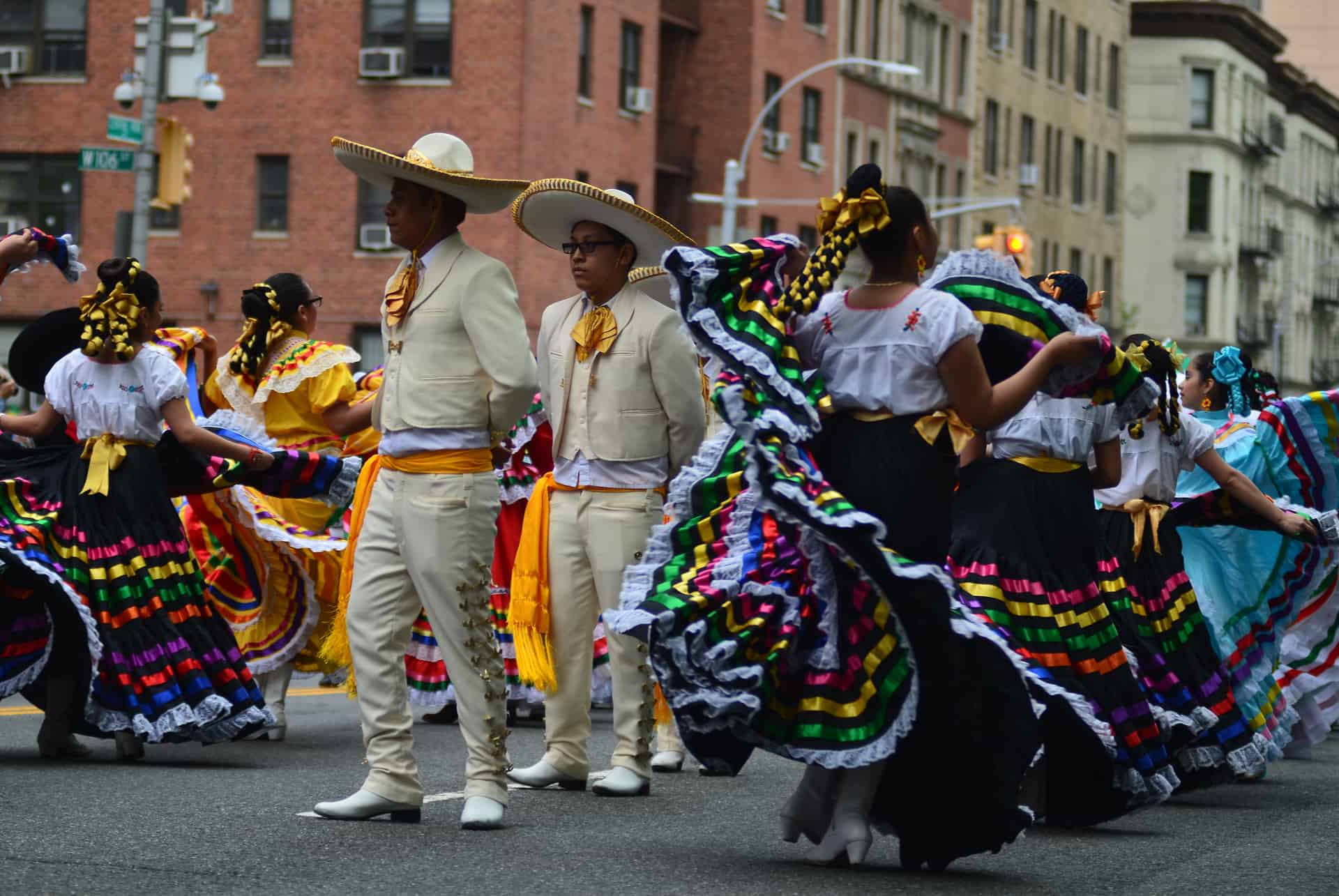 May is also the perfect time to attend some important annual events:

WHY GO TO NEW YORK IN MAY? 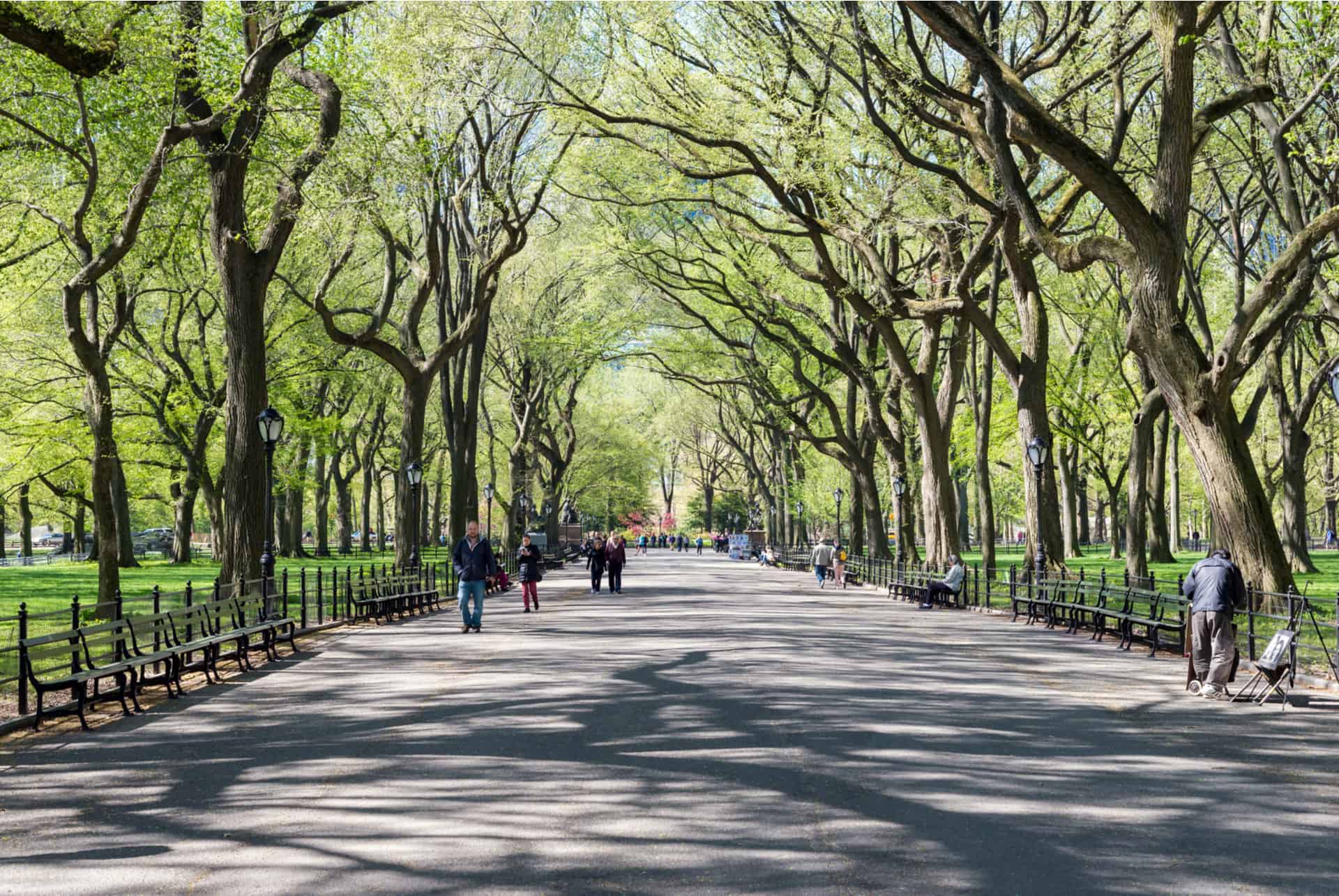 So why choose to go to New York in May rather than any other time? If I have to sum it all up in one point, I think that May can be considered a very good middle-ground between the period from January to April (when the weather and temperatures are less favourable), and the period from June to December (when tourists are often more numerous and travel prices more expensive).

May is the first month of the year during the weather in New York is truly ideal. The weather is really nice, and even though there are already a lot of tourists, the peak tourist season hasn't started yet.

As such, you will be able to enjoy perfect conditions and a bit more peace than in the middle of summer, all while saving money – especially on your plane ticket. Return flights between Paris and New York cost an average of £260 in May, which is still between £65 and £86 less than prices in July or August.

As for hotel prices, they are admittedly quite high in May. The average rate for a 2 or 3 star hotel is around £130 to £170 per night. To save money on your hotel room, it is wisest to book your nights well in advance.

TO SEE THE AVAILABLE HOTELS FOR YOUR DATES OF STAY, CLICK HERE

Don't hesitate to make this reservation several months before your departure if you can, so as to have a more diversified choice of options and to find establishments with a better quality-price ratio. Speaking of which, if you still don't know where to sleep in New York, don’t hesitate to read my article on the subject!