WHAT TO DO IN NEW YORK IN FEBRUARY?

If you're planning to visit New York in February, you're probably wondering what kind of weather to expect and what attractions are most interesting at this time of year. To help you find your way around, you will find all the information you need to prepare for your trip to New York in February in the following lines.

WHAT IS THE WEATHER LIKE IN NEW YORK IN FEBRUARY? 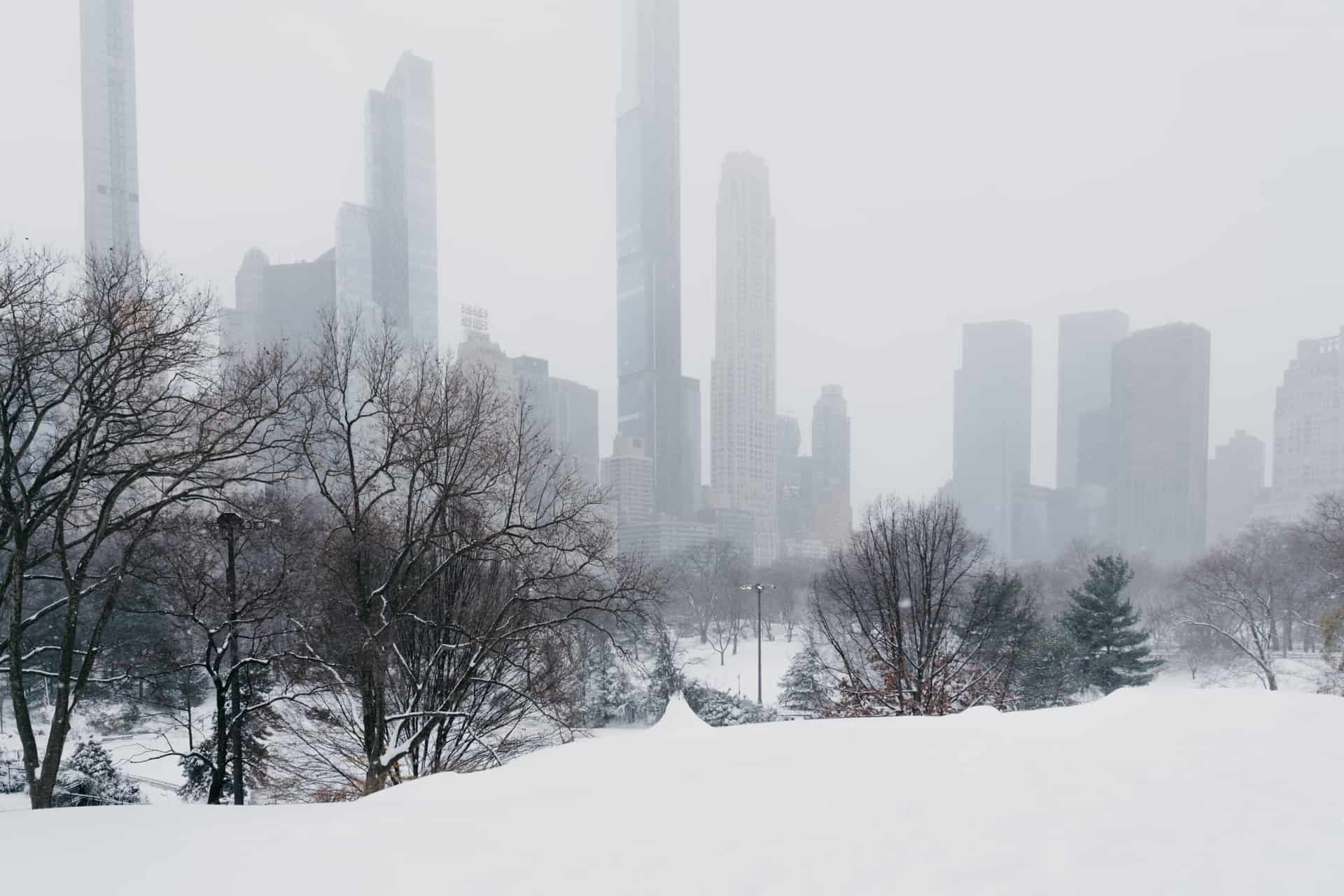 In February, winter is in full swing in New York, and as you might expect, the temperatures are cold... But maybe even colder than you imagine. New York's climate is subtropical, which means that there is a huge temperature difference between winter and New York in summer. After January, February is the coldest month of the year on the East Coast of the United States.

Average temperatures range from -3°C to 5°C, and it rarely gets above 7°C. In addition, cold spells can occur, with temperatures sometimes dropping to -20°C.

As for precipitation, rain is quite frequent in New York throughout the year, and it does not fall more in winter than in summer, on the contrary. It rains on average 1 day in 4 during the month of February, though heavy downpours are rare.

It also snows regularly in the Big Apple – which is good news, because New York under the snow is a sight you will remember for a long time. The average amount of sunshine is 7 hours, and you will even be able to enjoy a few days under a big blue sky.

WHAT TO DO IN NEW YORK IN FEBRUARY?

Everything. Well, almost everything. Of course, if you're going to visit New York during February, I wouldn't recommend trying to sunbathe and swim on one of New York's beaches (the ocean temperature is only 6°C...).

But apart from the few activities that really need a warmer temperature, you will be able to access all the attractions in New York. You'll be spoilt for choice! 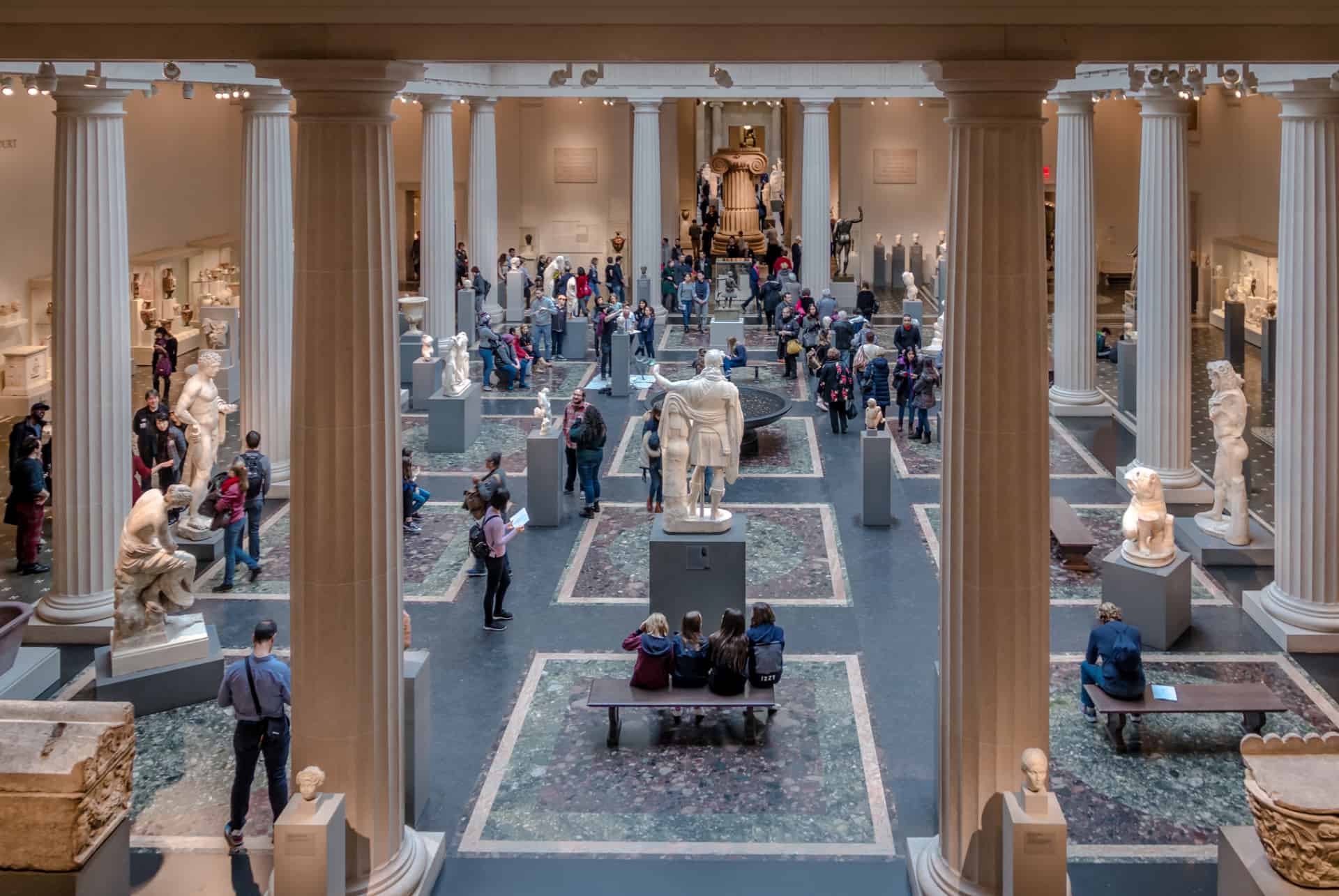 It would be impossible for me to give you an exhaustive list of everything you can discover in New York, but February is a good time to visit the city's museums, especially on colder days. The Met, MoMa, the Museum of Natural History and the Guggenheim Museum are some of the world-famous museums in New York, though there are also plenty of others to visit.

Some of the more unusual ones will also leave you with great memories, such as Ripley’s Believe It or Not, which will appeal to fans of bizarre objects, or the Mmuseumm, a tiny museum located in a lift and which exhibits absolutely banal objects. Unfortunately, the latter is temporarily closed, so I can only recommend checking its website from time to time to find out when it will open again. 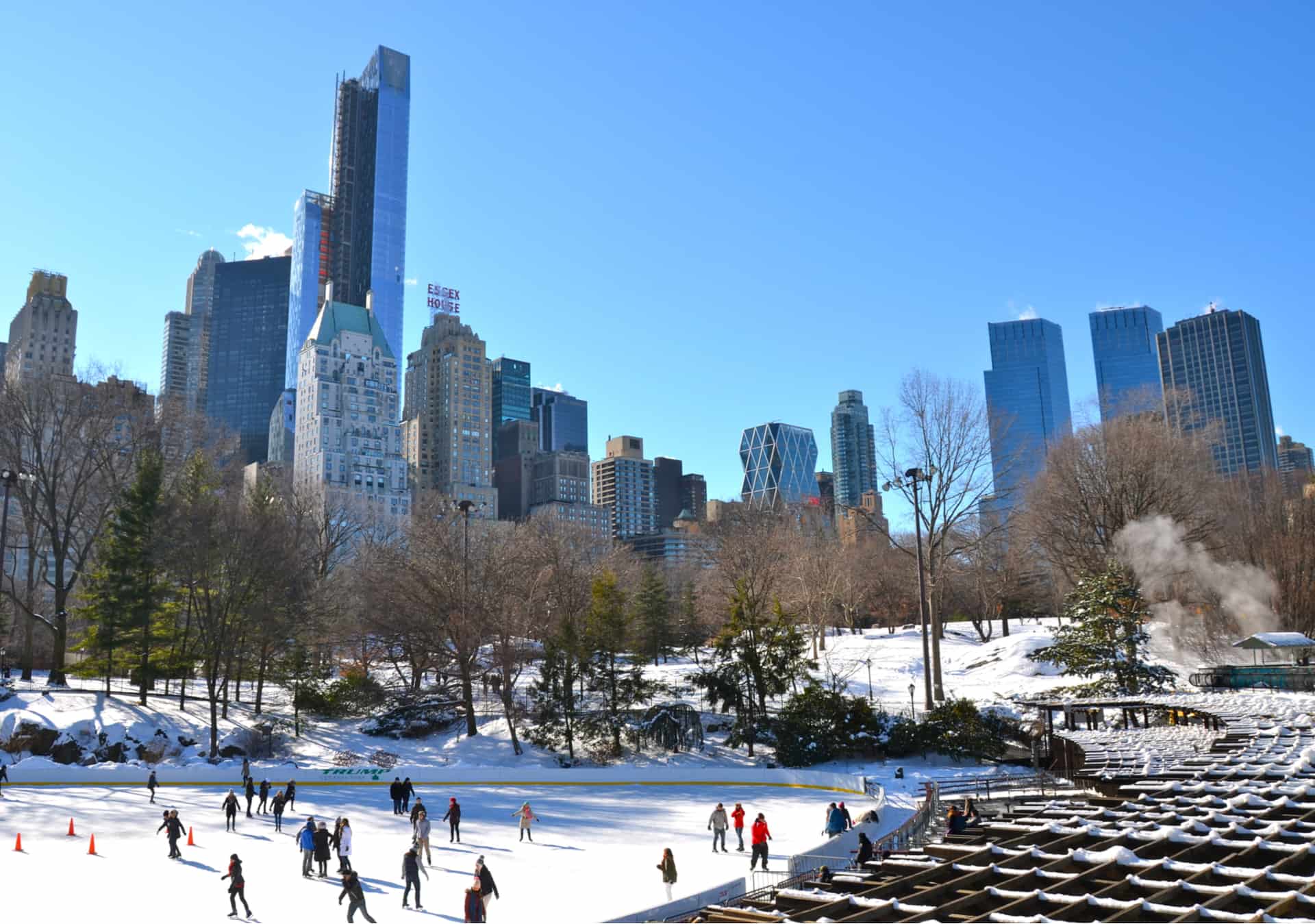 One of the most popular winter activities in New York is ice skating. While rinks are at their busiest during the Christmas holidays, they are still open in February, and are even more accessible because they are less crowded. Here are some of the best rinks in New York :

A visit to New York cannot be complete without discovering the city from above! Several viewing platforms have now become must-see attractions during a trip to New York, and you'll have much easier access to them in February. Here are the places from which you can enjoy the best panoramic views of New York: 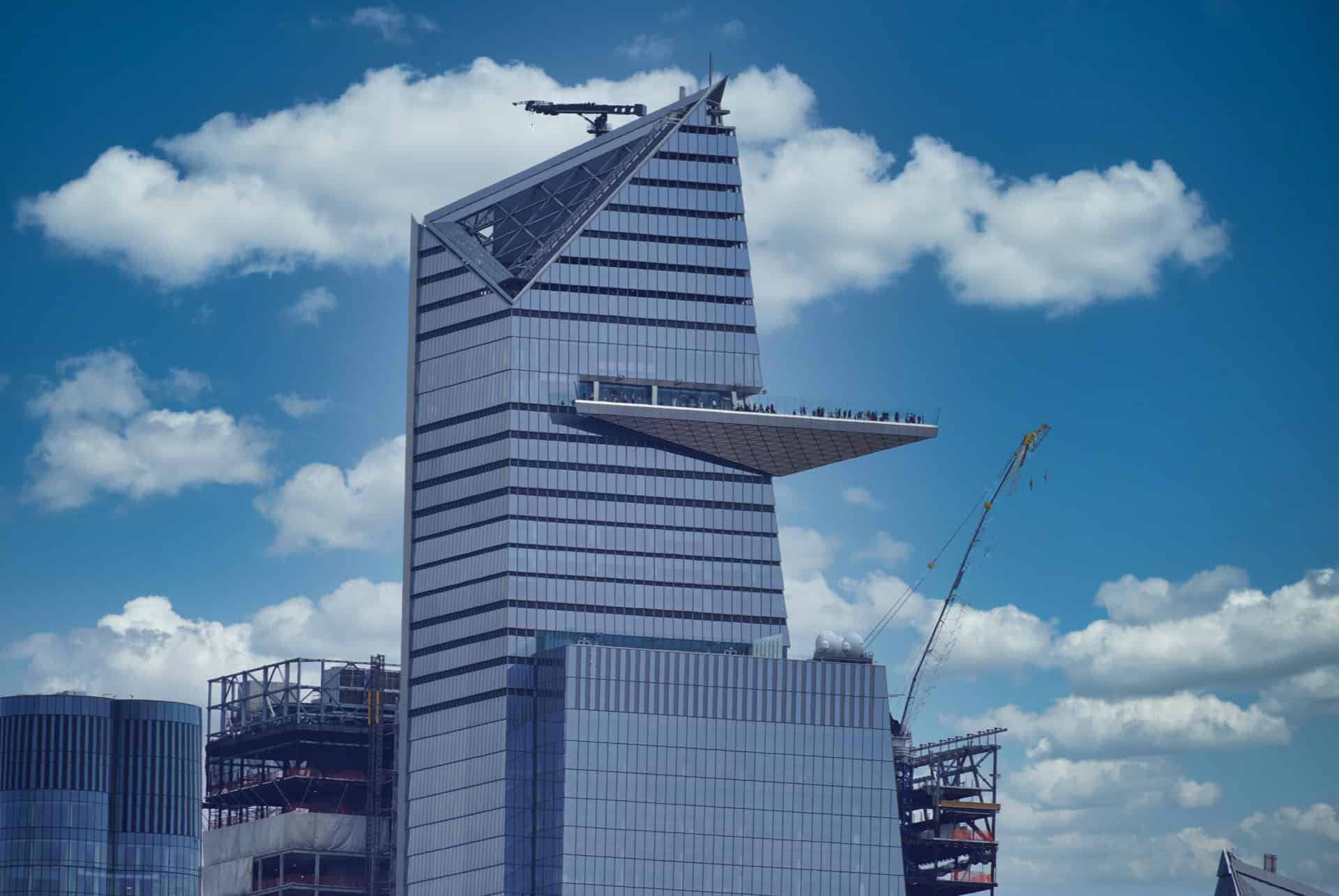 If you plan to discover the city's top sites during your stay in New York, I can't recommend the New York City Pass enough. This tourist pass will give you various perks for the duration of your stay.

Among them, you will have access to 5 main tourist places in the city, and you will even be able to choose among the activities offered (2 fixed activities + 3 activities that you can select) 🙂 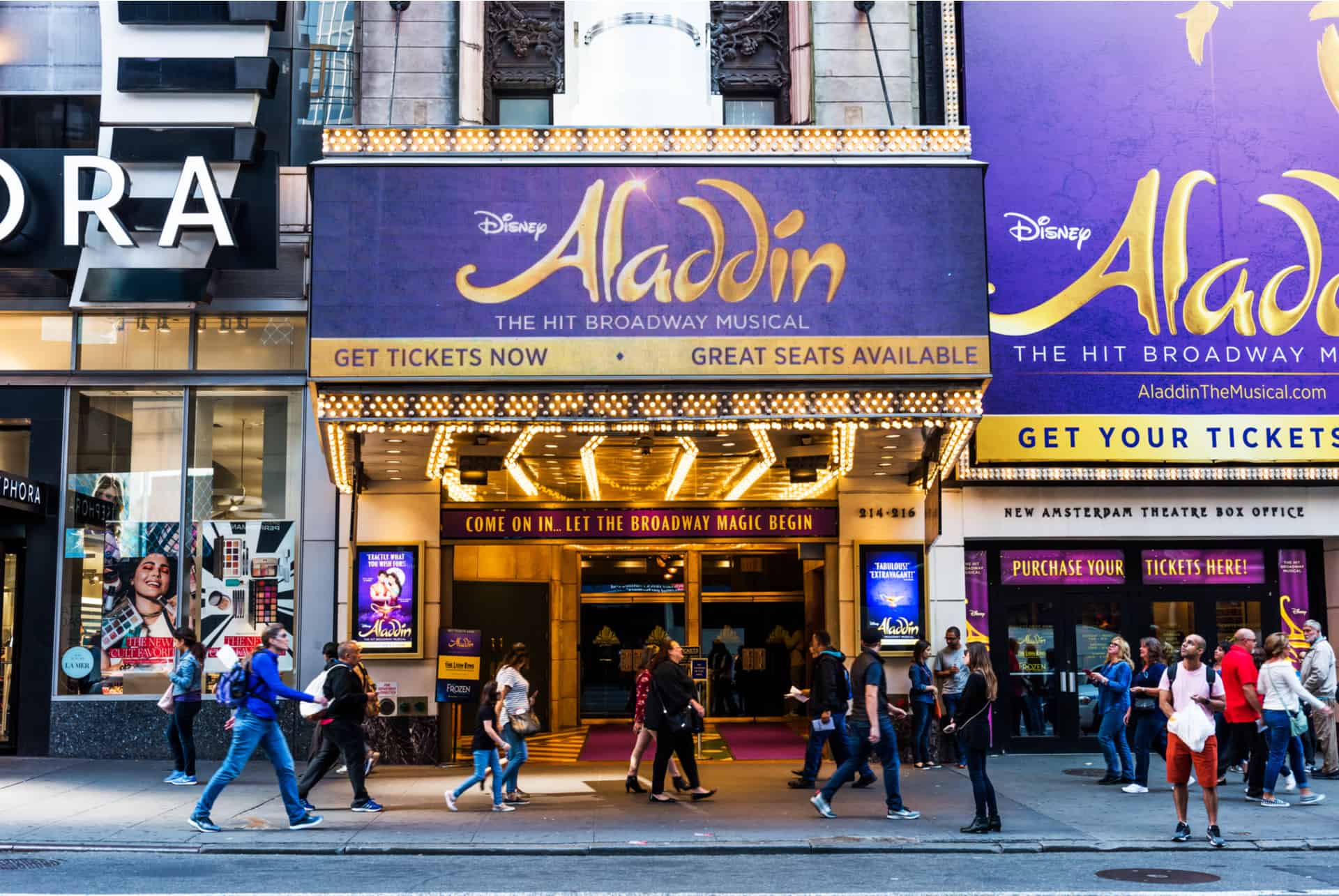 Broadway shows and Off-Broadway shows (i.e. shows held in smaller venues outside the Theatre District) are on all year round, and February is one of the best times to attend them, since the seats are a little less coveted at this time of the year, and therefore more accessible. If you're wondering how to spend an evening or even a rainy afternoon in New York in February, here it is: go see one of the most popular Broadway musicals, such as The Lion King, the Phantom of the Opera, Harry Potter and the Cursed Child or Moulin Rouge

TO SEE THE DATES OF THE VARIOUS BROADWAY SHOWS CLICK HERE

WHY GO TO NEW YORK IN FEBRUARY? 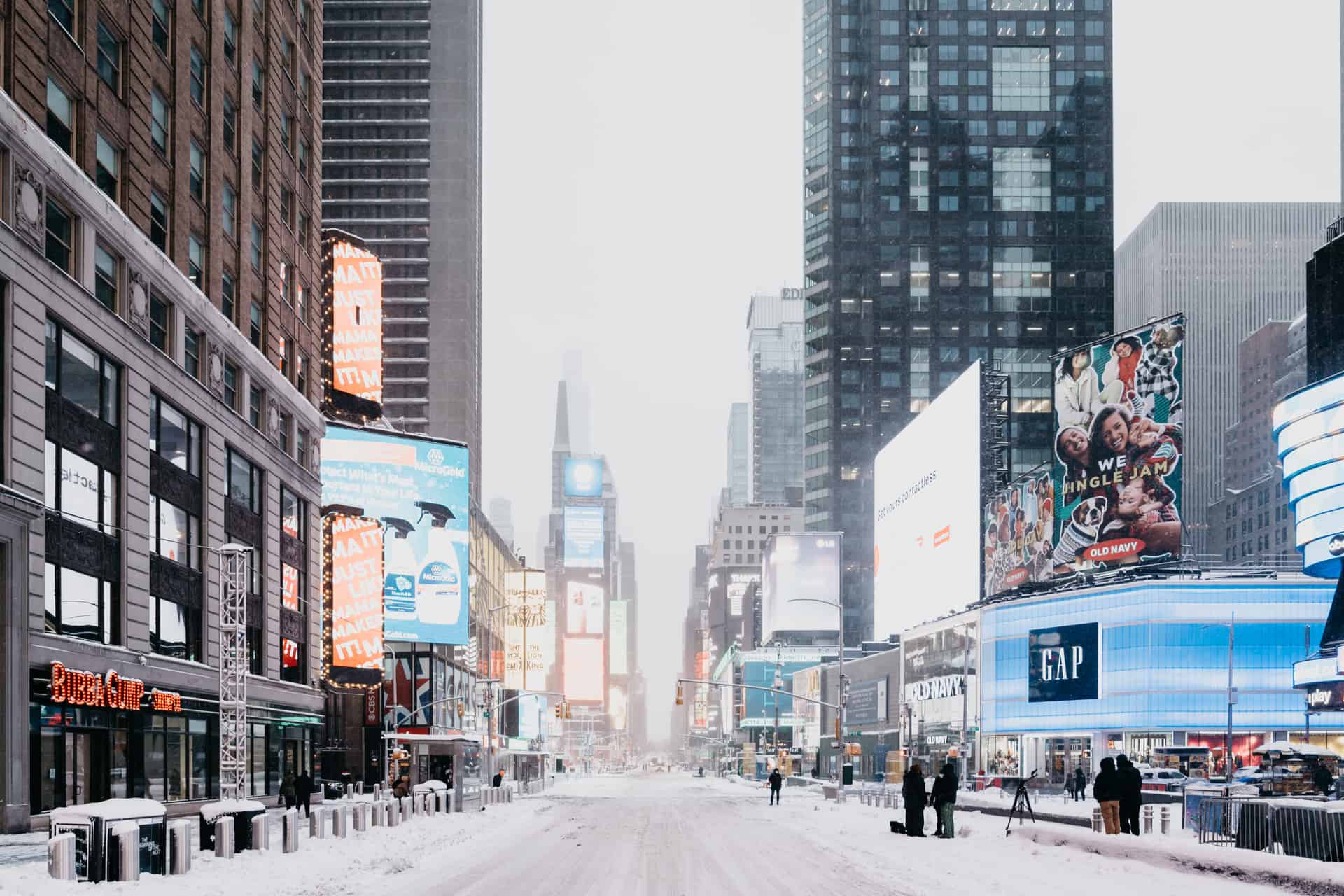 You'll definitely have more time to peacefully explore the city, because the influx of tourists will be much lower. Don't think you'll be able to walk the streets alone though, because that's never going to happen. Still, the relative quiet will be really nice while visiting New York's museums and landmarks. Whether in the aisles of the Metropolitan Museum and the American Museum of Natural History, or on viewing platforms such as the Edge and Top of the Rock, the crowds being much smaller is always welcome.

Travelling to New York out of season will also help you save money. In February for example, the average price of a return flight from Paris to New York is around £257, which is more than £130 less than the very same ticket in December or January, and more than £170 less than a return ticket in the summer months of July and August.

For hotels, the price differences are slightly less obvious than for air tickets, but February is still a period during which hotel rooms are cheaper.

Spending a night in a room for two in a 2 or 3 star hotel will cost you an average of €100 to €150, which is about 30-40% less than between April and December. And  you can save even more money by booking your flight and accommodation ahead of time (several months before your departure date, if possible). If you're looking for good deals on where to stay in New York, then I suggest you read my article – I even share my favourite addresses in it 😉

No need to say more – you probably understand very well that travelling to New York during this period is much more interesting financially. Especially since you can also make some additional savings on other expenses, on the price of certain tickets to attend shows for example, or on the price of car rentals.

I hope you enjoyed this article! You can also check out my article New York in March if you want more information on the weather and activities to do during this month 🙂