What are the advantages and disadvantages of going to New York in January?

You wish to discover New York in January, but aren’t sure what to expect? Well, in this post you'll find all the information you need about the weather, the activities available and all the great events that take place in New York during the first month of the year. And you'll see that travelling to New York in January even offers some advantages! 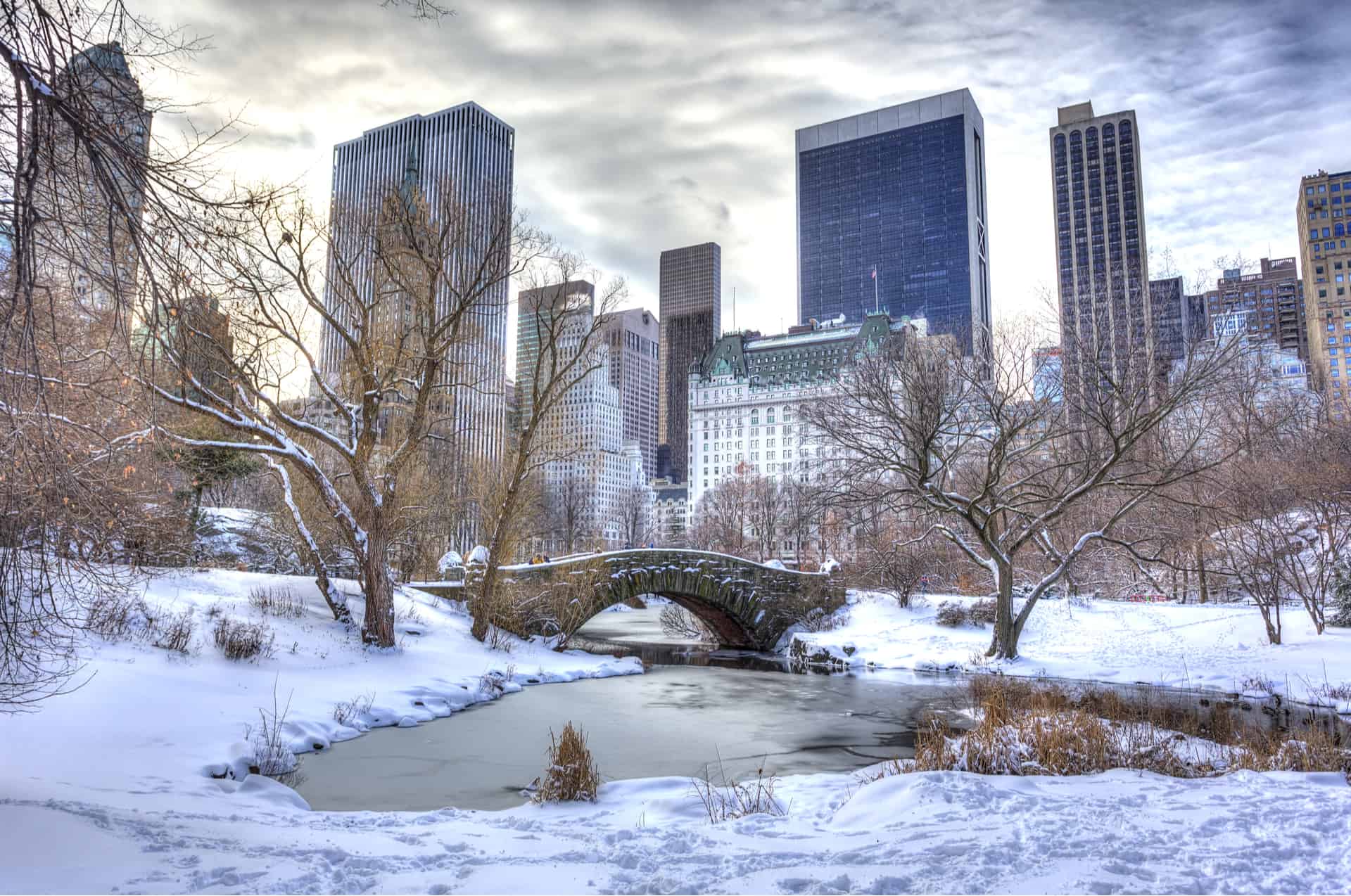 New York has a subtropical climate, with hot summers and cold winters. Over the course of the year, the temperature range can be as high as 65 degrees, as temperatures can fall below -20°C in the heart of winter and exceed 40°C in summer. In addition, the proximity of the ocean and the fact that large air masses collide, can lead to very significant climate changes from one day to the next.

January is the coldest month of the year. In general, the average temperature is less than 1°C and it is not uncommon for the thermometer to drop to -10 or -15°C. The wind from the ocean can make the feeling of cold even more intense, although there is hardly any wind in the heart of the city.

As for rainfalls, they are quite heavy with an average of ten days of rain during the month, which is the case all year round in New York anyway (it even rains more in New York during the summer than in winter). In January, it snows often and sometimes heavily. On average, more than 75 cm of snow falls in New York every year.

What to do in New York in January

You will need to be very well covered if you intend to visit New York in 5 days during the month of January. However, when it comes to sightseeing, you'll be able to see just as much of the city as you would during the more touristy seasons. In fact, winter is even the perfect time for indoor visits, of which there are certainly plenty in the Big Apple.

FOR AN OVERVIEW OF THE DIFFERENT THINGS TO DO IN NEW YORK, CLICK HERE

If you are wondering what to do in New York, you can of course visit all the major museums, for example:

Winter is also the perfect time to catch a Broadway musical. Performances of all the great classic and more recent musicals take place throughout January in New York.

SEE ALL THE MUSICALS TAKING PLACE ON BROADWAY

You will be able to see the following musicals:

January is also a good time to go see an NBA game in New York. The regular season is in full swing and you can catch some very important games. The electrifying atmosphere of Madison Square Garden (the legendary home of the New York Knicks) will warm you up even on the coldest winter days.

Finally, another popular indoor activity in New York is of course shopping. There is not really a sale period in New York during the month of January, except on January 1st, which marks the last day of the After Holiday Sales… But you can still find all the world's top brands on the streets of Manhattan, as well as great deals in the outlets.

If you are planning to discover many of the city’s main sites during your stay in New York, I can recommend buying a New York City Pass. This tourist pass will give you various advantages throughout your stay, including access to 5 major tourist sites. And you will even be able to take your pick of activities (2 unchangeable activities + 3 selectable activities) 🙂

Good reasons to go to New York in Januaryy 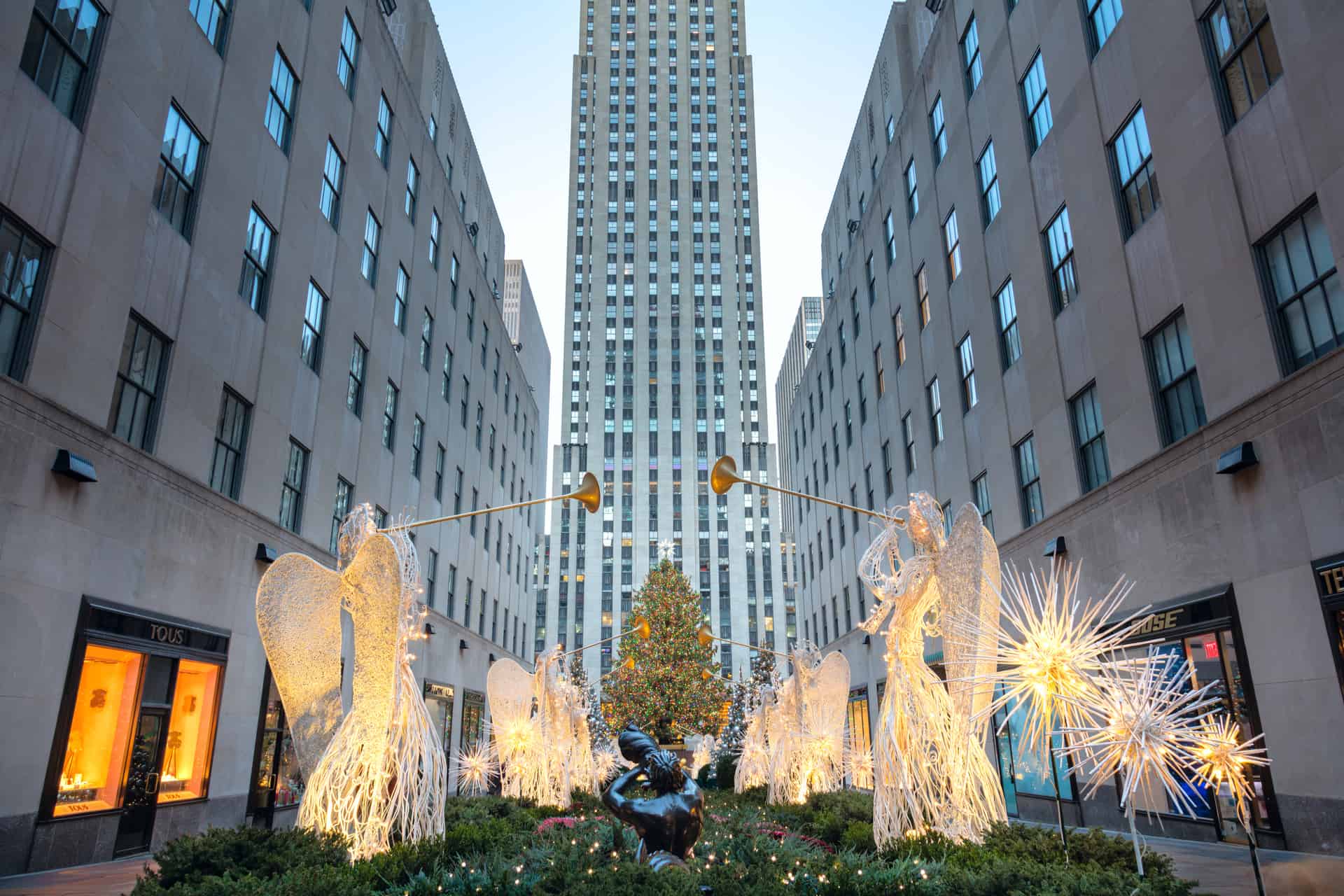 Enjoy the Christmas atmosphere some more

Throughout the beginning of January, you will still be able to see New York's Christmas decorations and lights. You'll still have a few days to check out the incredible window displays at department stores like Macy's and Bloomingdale's, or the impressive facades of the houses in Dyker Heights.

In early January, you will also be able to see the world's most famous Christmas tree – and one of the largest – on the Rockefeller Center esplanade. It is even more beautiful from 5.30 pm onwards, when it lights up! 😊

In the same plaza, you will also find the iconic Rockefeller Center ice rink, which remains open throughout January and even beyond.

Winter (outside of the Christmas holidays) is the time when you can travel to New York without paying too much. Don’t get me wrong – New York is an expensive city, and even in January, going to the city for a stay will cost you. But January is a ssvery low tourist season, and this low traffic means that you can enjoy more attractive rates, especially for hotels and flights.

January is the month during which the average price of a hotel room is lowest in New York. To sleep in a double room in a 2-star hotel, you will have to pay around £82.50 on average, which is almost £41 less than for an equivalent room during the high season. This price difference can also be seen in the higher end of the market. If you're wondering where to sleep in New York City, click on the button below to see Booking.com's selection of accommodation!

CLICK HERE TO SEE ALL AVAILABLE ACCOMMODATION FOR YOUR DATES

The average airfare to New York remains relatively stable between September and June. This means that prices in January don’t change much compared to the rest of the year. However, you can still save an average of around £80 compared to flights in July or August.

And you can make even greater savings by booking your flight and hotel room early enough.

Taking all this into account, January is, along with February, the most affordable month for travel to New York.

Of course, tourist sites are less crowded during the low season, and you can discover them much more peacefully. You will lose much less time queuing at museums or major attractions, although I would still recommend booking a ticket online, if possible, because it will allow you to skip the queues.

This lower tourist traffic is especially true for historical sites and monuments, as well as for museums. The demand is still high as ever for sporting events, concerts and Broadway shows though!

Discover New York and Central Park under the snow 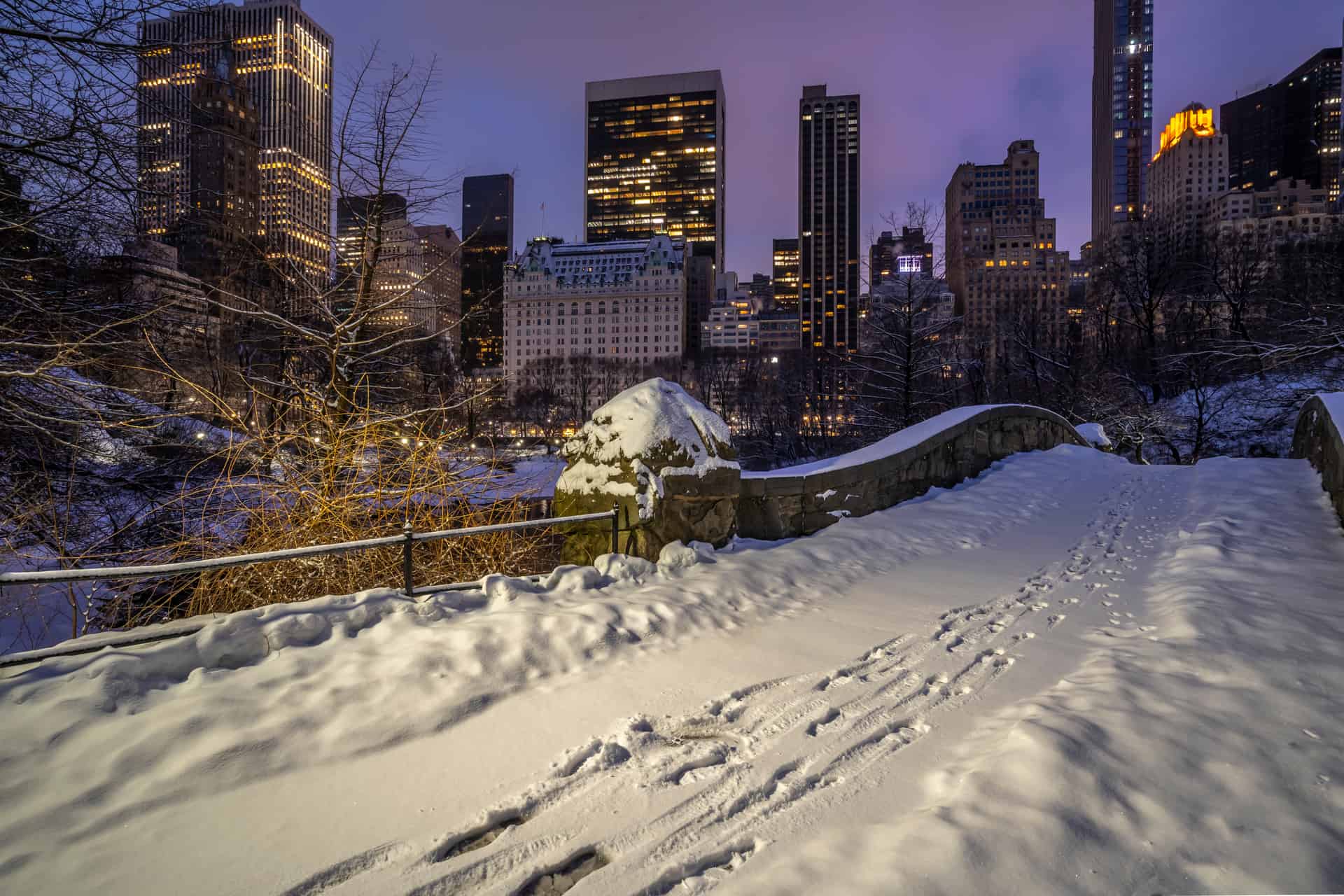 Of course, the place to be if you are in New York and it has snowed is Central Park. When the snow is more than 20 cm deep in Central Park (which is not uncommon during the winter in New York), you can almost feel like you are in a real winter sports resort.

Plus, while it will certainly be cold, blue skies will often be present as well. If the skies are clear, I really recommend that you go to at least one of the city's great observation platforms, to see New York decked out in white. You'll get the best view of Central Park from the Top of the Rock, but you'll also enjoy the views from the Empire State Building, the One World Observatory, The Edge and The Summit.

TO BOOK YOUR TICKETS TO VISIT THE EMPIRE STATE BUILDING, CLICK HERE

Another great way to see New York in the snow is to take the Roosevelt Island cable car. This cable car connects Manhattan to Roosevelt Island and you can hop on for a 3 minute ride to enjoy great aerial views.

Some major events are held in January

And that’s it for this article! I hope I was able to give you some good ideas of what to do in the city in January 😉 Of course, the weather (and mostly the cold) may have made you rethink this trip. I hope it didn’t! New York is beautiful in any season, but there’s just something to it when all blanketed by snow…

If you want to enjoy the Christmas season in full during your trip, I can only recommend checking my article New York in December – you may learn of some activities that will particularly tempt you, with good reason!

And if you’ve decided to wait for more clement temperatures though, why don’t you check out my article about New York in May? It will definitely be less cold, but there will be just as many activities! 😄
Click to rate this post!
0 ratings (0/5)